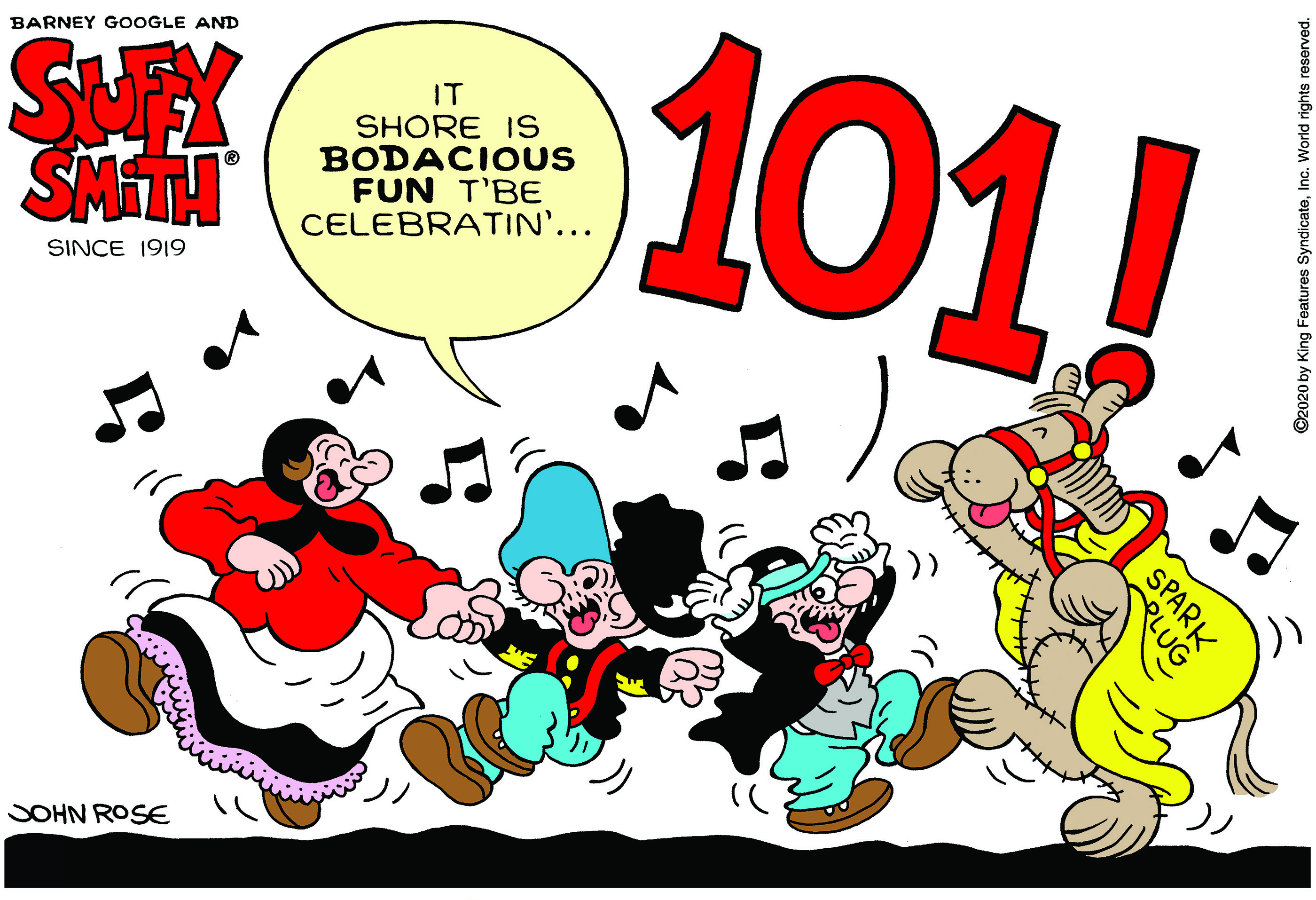 Today our Barney Google And Snuffy Smith comic strip celebrates its 101st birthday!  When it debuted on June 17, 1919 it was originally titled Take Barney Google, F’rinstance and was created by master cartoonist Billy DeBeck.  It began in the Chicago Herald and Examiner and was picked up by King Features Syndicate later that year. The comic strip soared in popularity with the introduction of Barney’s racehorse Spark Plug in 1922. And then it gained even more popularity with the introduction of Snuffy Smith, who was initially brought into the strip as a supporting player in 1934. The wonderfully talented Fred Lasswell was Billy’s assistant and took over the comic strip upon Billy’s death in 1942.  During Fred’s long tenure on the strip, he developed Snuffy Smith as the comic strip’s central character and he created many of the popular characters in the rural community of Hootin’ Holler.  I had the incredible opportunity to work with Fred as his inking assistant beginning in 1998 and then I was selected by King Features to be the cartoonist of Barney Google And Snuffy Smith in 2001, when Fred passed away. Fred was a true giant in the field of cartooning and a wonderful mentor, teacher and friend to me.

Although Snuffy remains our comic strip’s central and most popular character, beginning in 2012 Barney Google and Spark Plug began making several weeklong appearances each year, introducing these classic characters to a new generation of readers.