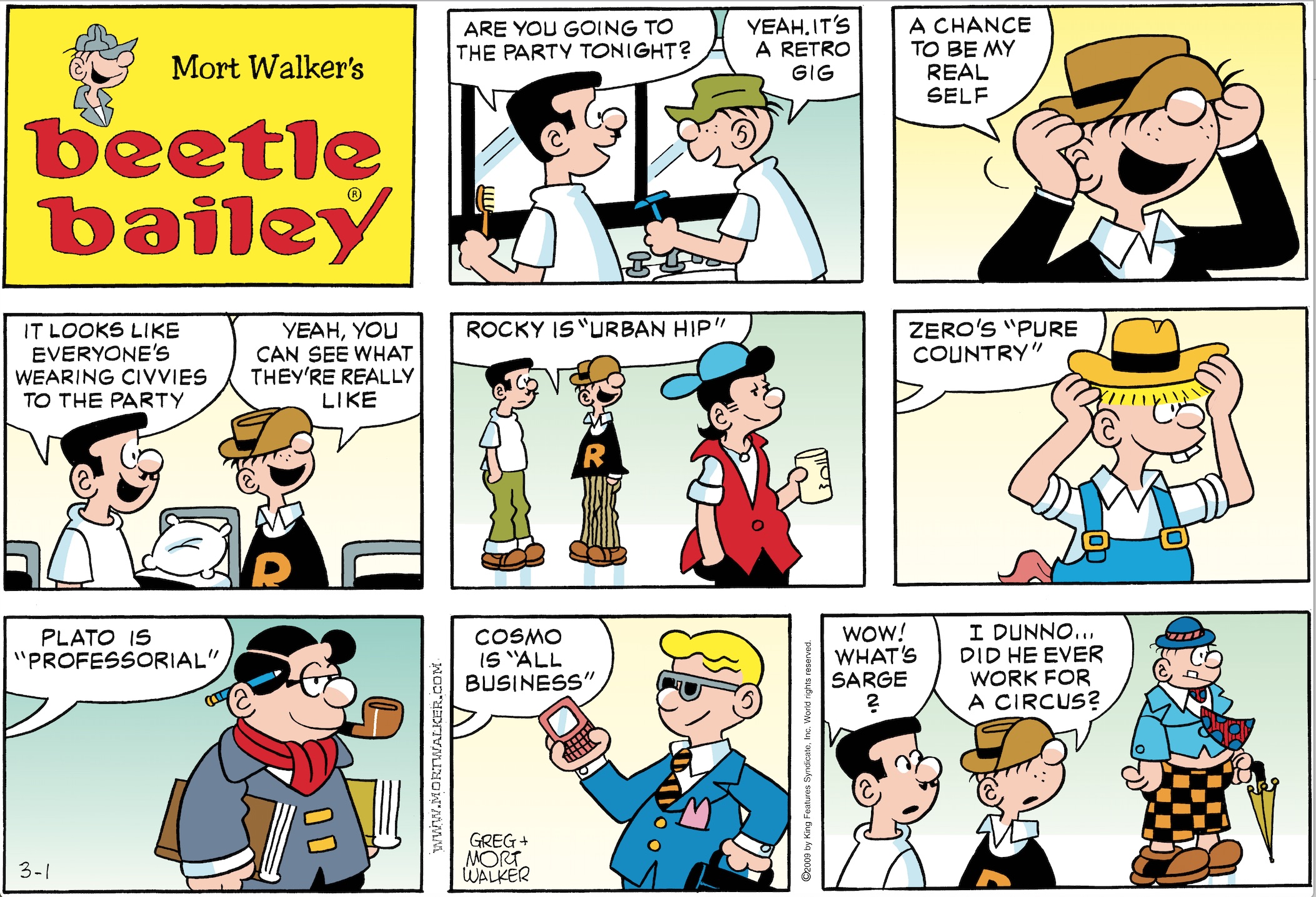 The Sunday page above, in which all the characters are getting dressed up to go to a retro costume party, provided us with an opportunity to envision what their former civilian lives might have been like. It’s fun to dream up back stories for our many colorful cast members.

Rocky is often described as a city kid who had a hardscrabble childhood. Zero is an innocent farm boy who probably grew up somewhere in the Midwest. Plato, who was inspired by cartoonist and good friend Dik Browne, is an intellectual who reads books and plays chess. Cosmo, much like Milo Minderbender in Joseph Heller’s novel Catch 22, is a wheeler-dealer who is out to make a quick buck. And Sarge is, well, just Sarge.

Here is a daily strip from a year later that shows Sarge in another unfashionable get-up.

The running gag is that Sarge has been in the Army for so long, he has no clue what goes on beyond the fences of Camp Swampy, at least since the Brooklyn Dodgers moved to Los Angeles in 1957.