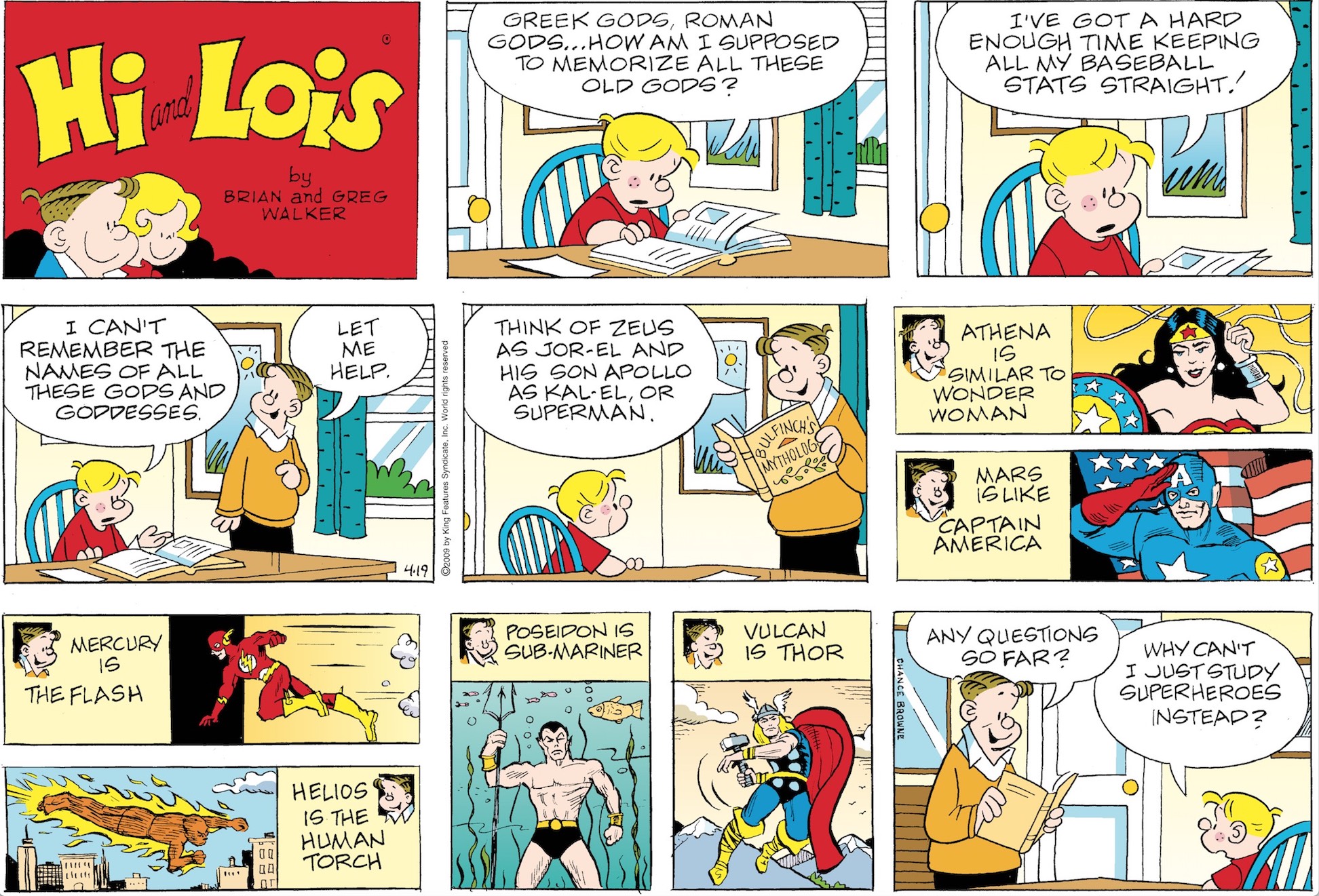 I got the inspiration for the episode above from my daugher, Sarah, who teaches fourth grade at Germantown Friends School in Philadelphia. Every year her students study mythology and have to memorize the names of all the gods and goddesses.  I thought it would be fun to compare modern superheroes to their Greek and Roman counterparts – Wonder Woman as Athena, Captain America as Mars, The Flash as Mercury, Human Torch as Helios, Submariner as Poseidon and Thor as Vulcan.

For the artwork, Chance Browne had to do extensive research to get the likenesses and costumes correct. As a comic book fan, Ditto already knows the names of all the characters from the Marvel and DC Universes.

In the Sunday page below from three years later, Ditto creates his own superhero. 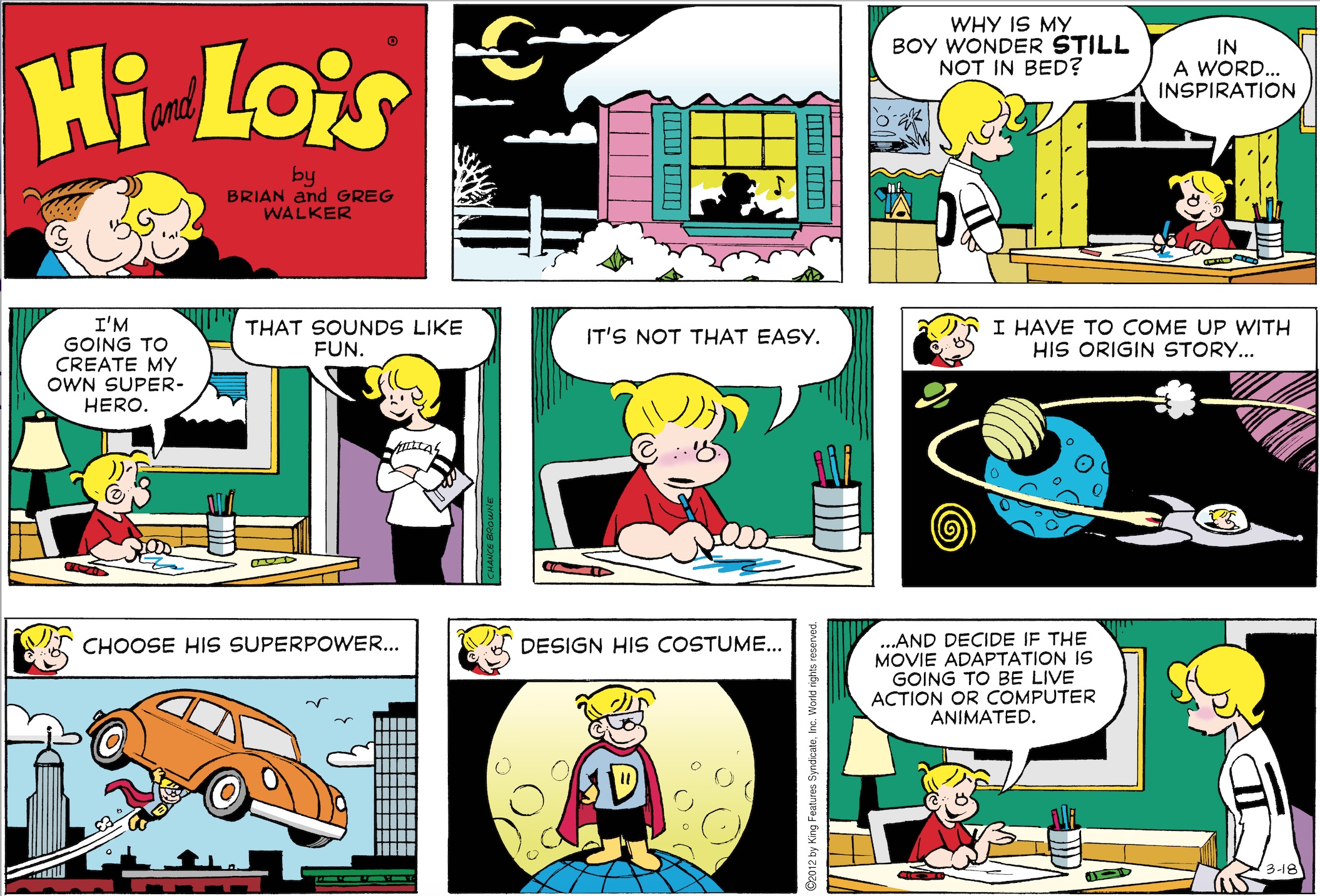 Ditto is well aware that there is money to be made licensing comic book characters for feature films, action figures and video games as well as a wide variety of spin-off products. The kid is going to be a Hollywood movie mogul some day.