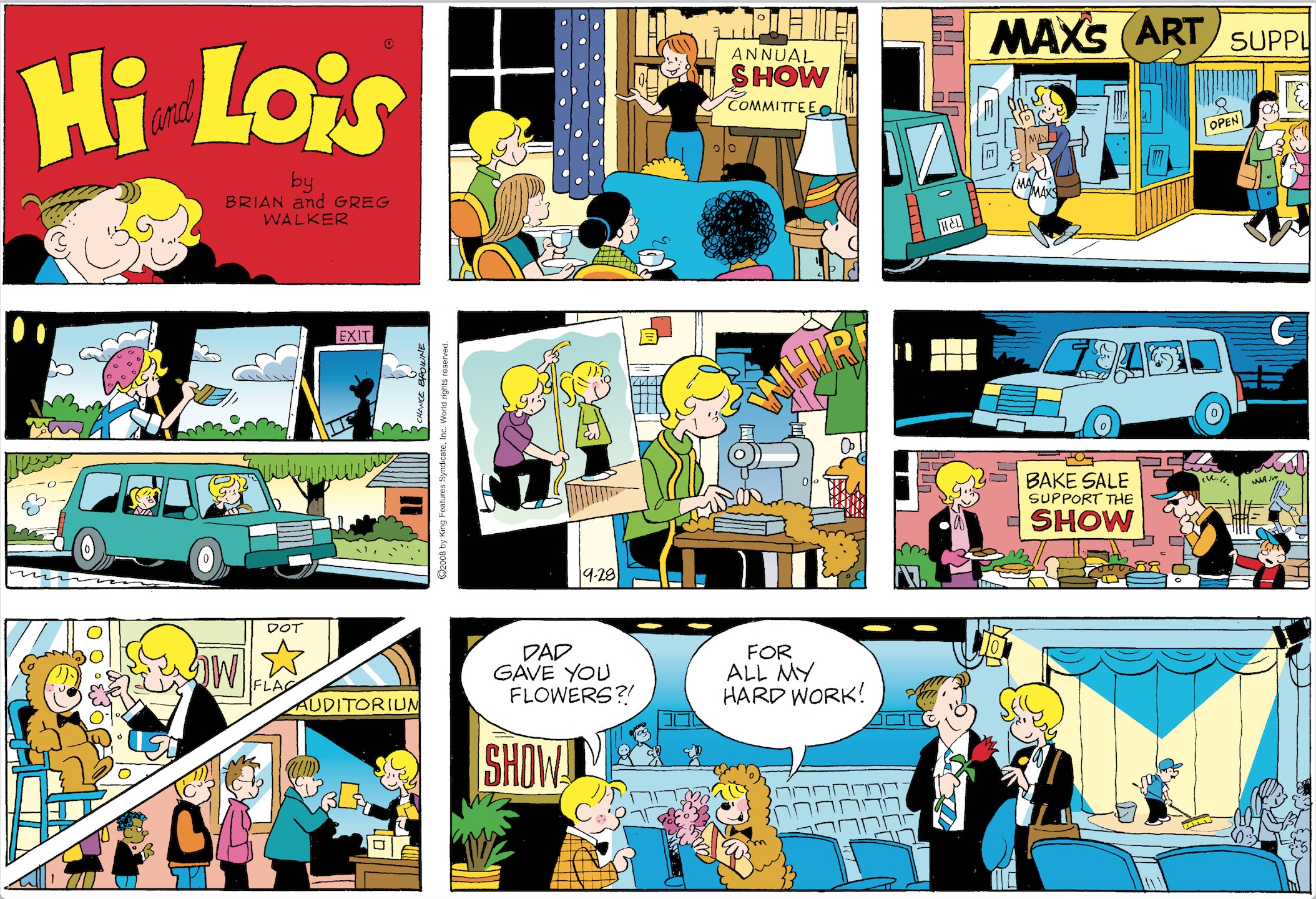 This Sunday page, which I think my brother Greg wrote, reminded me of my wife Abby.

Abby started a drama program at The Montessori School in Wilton CT in the 1990s when our children were students there.  Over the course of seventeen years she staged more than sixty performances with kids ranging in age from three to twelve.  They did numerous Shakespeare plays, including The Tempest, Comedy of Errors and The Merry Wives of Windsor.  Below is a photo of Abby, center, with the cast of Twelfth Night, from 2000. 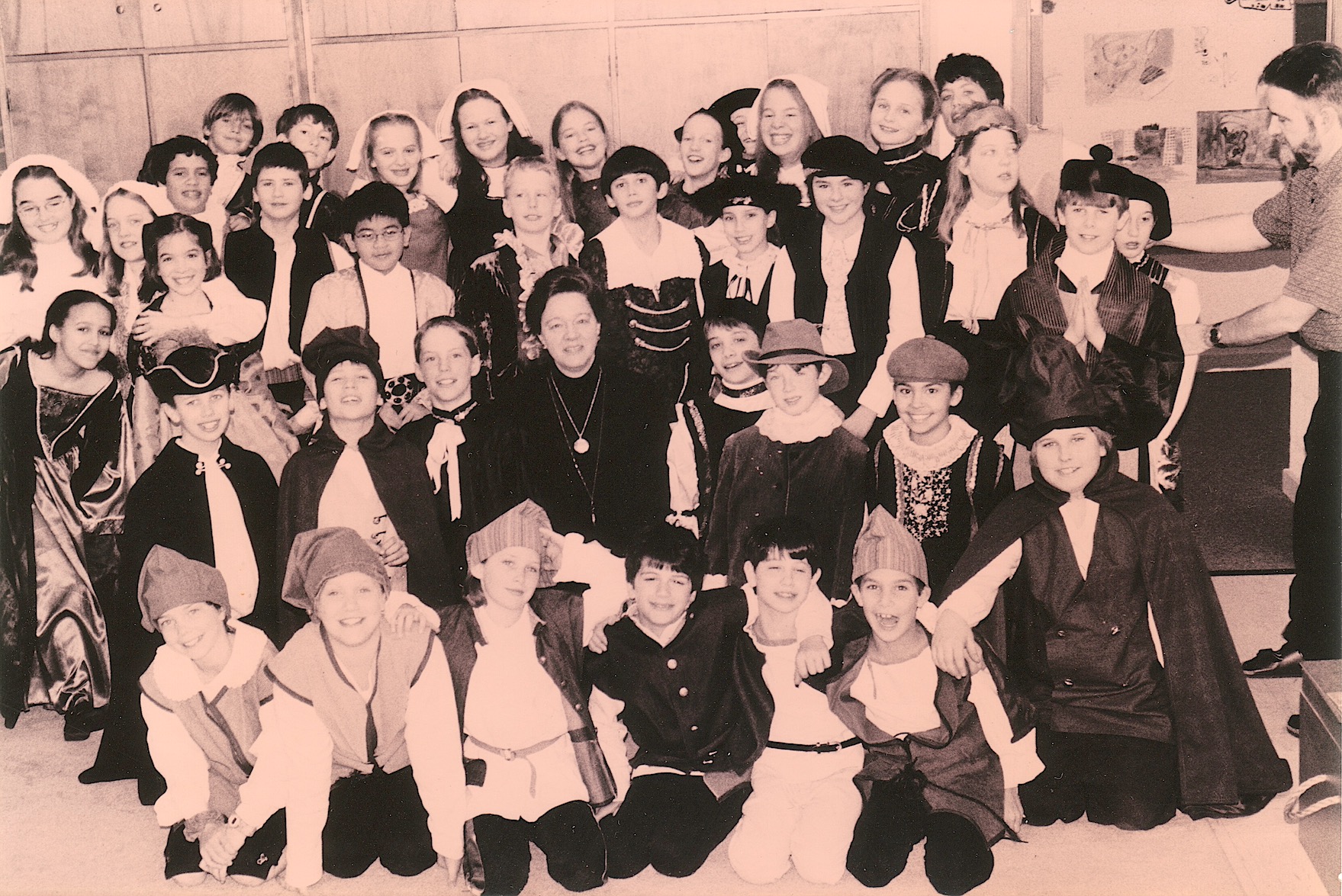 With the help of many dedicated parents, Abby adpated scripts, cast parts, designed sets, sewed costumes and directed performances.  Our house became so cluttered with props and costumes that it looked like backstage at the Globe Theater.  It was always a delight to see the finished productions.

Lois, of course, is also a devoted Mom.  But, as I observed in many of the plays Abby directed, it was the performers who recieved the applause in the end.  The work of the parents was behind the scenes, as it should have been.

I thought it was a nice touch having Hi present Lois with a rose to recognize her hard work.  He is such a considerate husband and father.

Note:  Max’s Art Supply, shown in the Sunday page above, was a famous store in Westport CT where many local cartoonists, illustrators and painters bought their supplies.