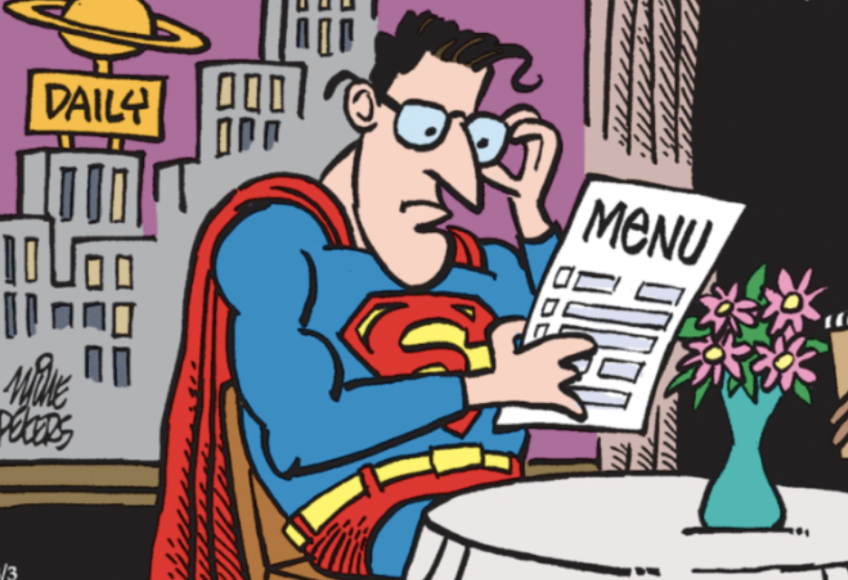 Over 80 years ago, Action Comics #1 was released, giving the world the one and only SUPERMAN! Today we are sharing our Top Ten favorite moments in which the Man of Steel somehow found his way into our wacky comic strips. Don’t worry, we checked and we didn’t have any kryptonite. At least, not that much. 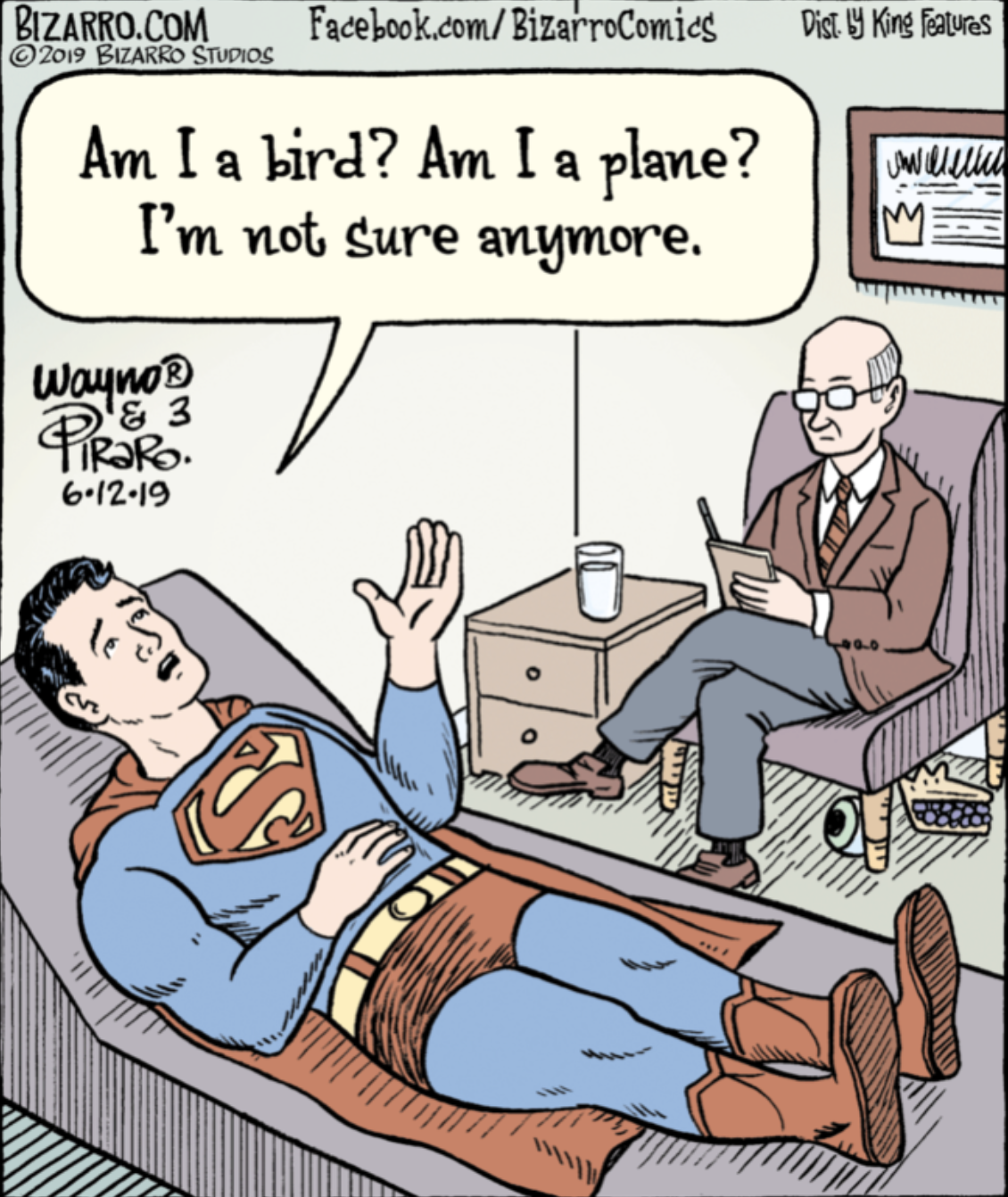 Those silly bystanders who don’t know better have finally gotten to Supes’s head. 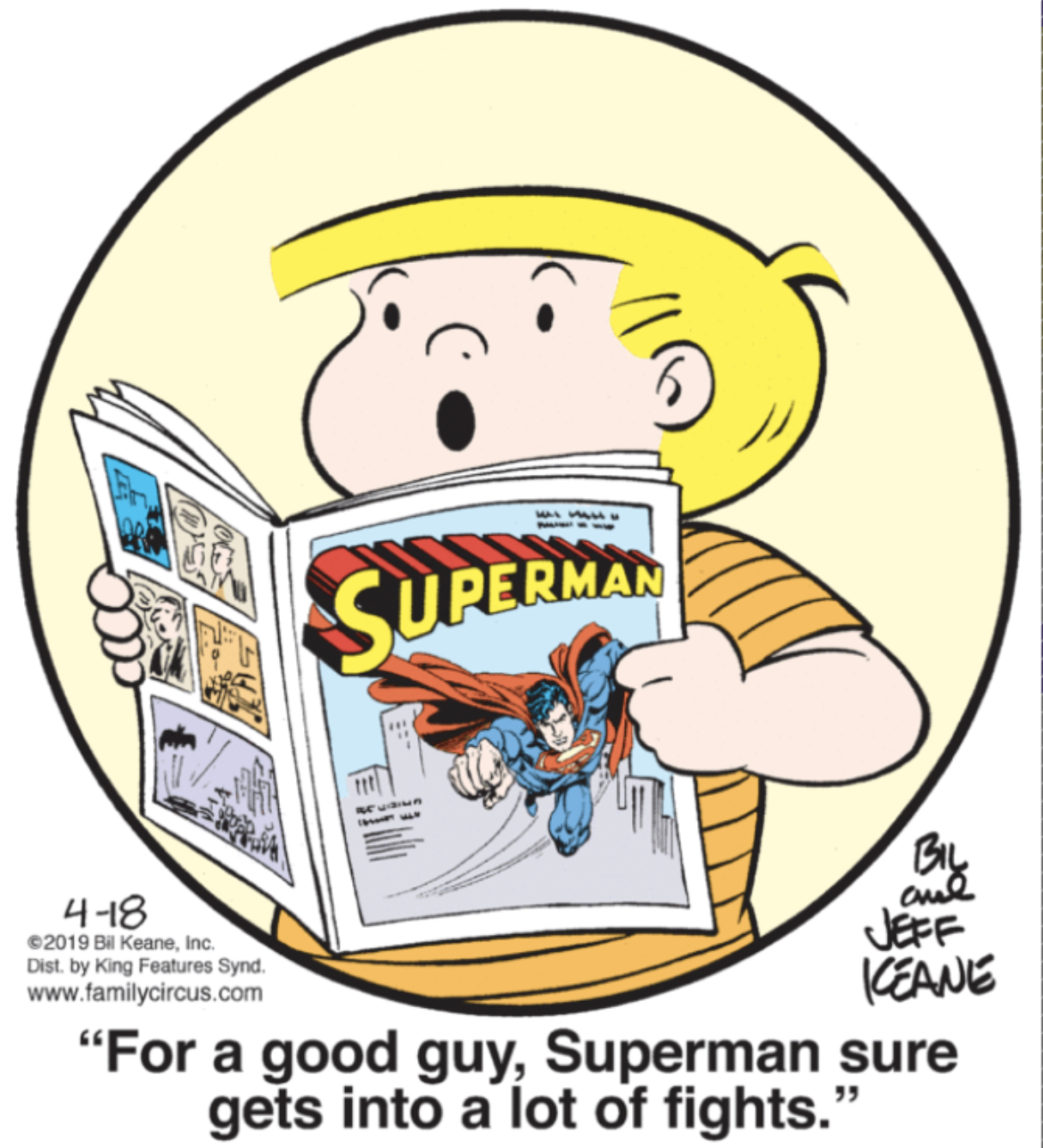 Well then someone tell Lex Luthor and Braniac to stop trying to destroy the world!

Here we go. People were finally right for once.

Who would’ve thought that geeky reporter who just HAPPEN to have great hair and a jacked-up body would be one of the World’s Finest?

The suit doesn’t give you the powers, so please don’t try jumping off a building expecting to fly.

We need to hire Alex Ross to do comics for us.

And guess what? We’re in the middle of spring. Good luck out there, Superman.

Every day is treat-or-treat for Superman!