In this unexpected turn of events (though sort of expected for some), department store chain Grumbel’s has gone bankrupt and is closing down its remaining stores in the US. The company has managed to stay afloat in recent years despite the general decline in retail thanks to online giants such as Amazon and eBay. 2019 was their make-or-break year and, as you may have already guessed, it was a case of the latter. Their liquidation sales start very soon.

But what will their employees do now? We caught up with some of the people from the local Grumbel’s to find out. “Who cares. I found an office job where I can work 9 to 5 and get weekends and holidays off. That’s good enough for me,” says long time store manager Marla, who is visibly content with these turn of events. “I can’t believe I finally have what most people call a “real” job! This retail life just sucked up all of my energy for almost 15 years. I finally get to live a little, so suck it, Stuart! I won’t go underappreciated now!”

But what about the rest of the employees? Do they have a more optimistic view of their time with the company? “I was unofficially a supervisor and a trainer. I just got hired as an entry-level stock person at another company and I’ll be making double than what I made at Grumbel’s, so no, I won’t be missing any of it,” tells us former employee Cooper, who was pouring gasoline on his uniform right before giving us his statement. He also confirms that the rest of the team had decided to quit right away and not stick around for the liquidations sales, so you may not be able to get those sweet deal, folks. “Everybody just rode off into the sunset and left their memories behind. No more costumers asking for free stuff if it doesn’t scan, no more folding the same clothes ten times a day, no more Black Friday nightmares…Everybody is finally free and happy now.”

EDITOR’S NOTE: On behalf of everyone here at Comics Kingdom, we’d like to extend a huge thanks to Norm Feuti, author and cartoonist of Retail. Since 2006, retail workers around the world (myself included from back in the day) were able to relate to these characters deeply and their jobs were made a lot easier knowing that they weren’t alone in their struggle. We wish him all the luck in the world with his future endevours! 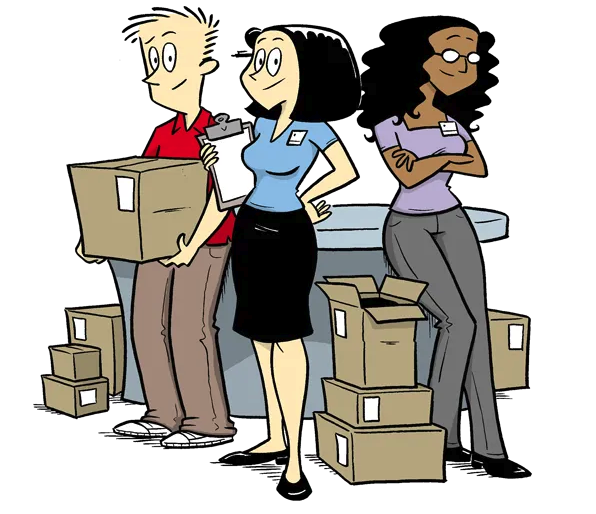 See you, Space Cowboys and Cowgirls,