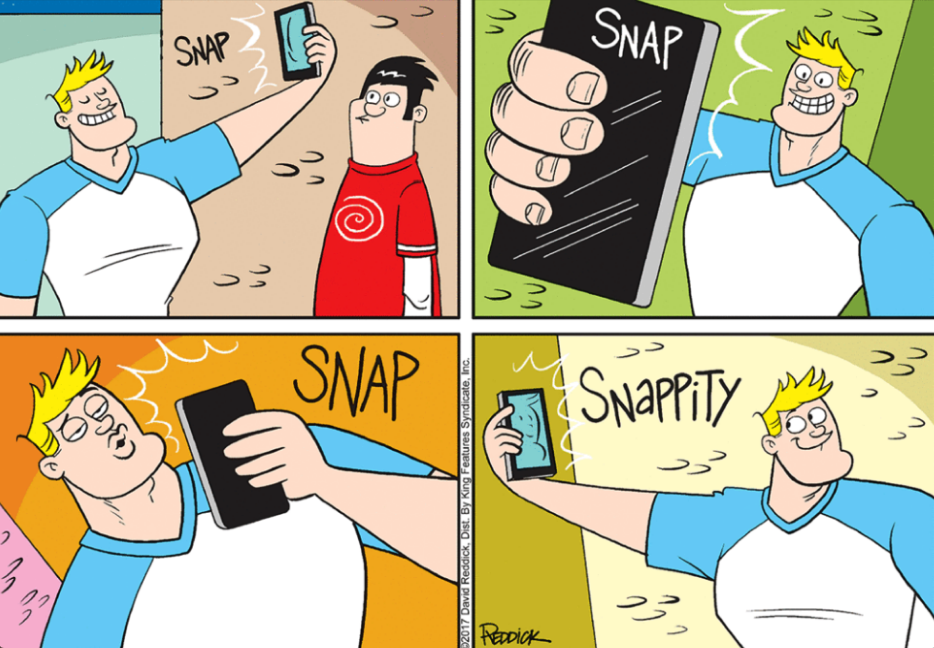 Call it a work of art or an overused narcissistic practice, taking good selfies has become a skill on its own. The term has been used so much that by 2013 the word itself was recognized and added into the Oxford English Dictionary. If you need pointers on how to be better at it, you have come at the right place! Let our characters show you how it’s done in this week’s Top Ten Comics on Selfies! By the end of this list, you’ll be snapping up a new profile picture for your Facebook and Instagram.

We all remember our first time toying around with the face camera.

Must commemorate this special family moment by taking a selfie! But without the family. That would be uncool.

The Selfie has evolved into many different forms.

It’s a cheaper option than paying for a professional, at least.

Wise words from Barry. Snap away!

You were kidnapped by aliens. What do you do? Create photo evidence of it! And make sure your selfie game is on point, too!

7) Take It From The Tinkersons

Apparently selfies don’t count as pictures since they already have their own separate word and definition in the dictionary now. Can you imagine someone arguing this with you?

How to properly announce your new relationship. 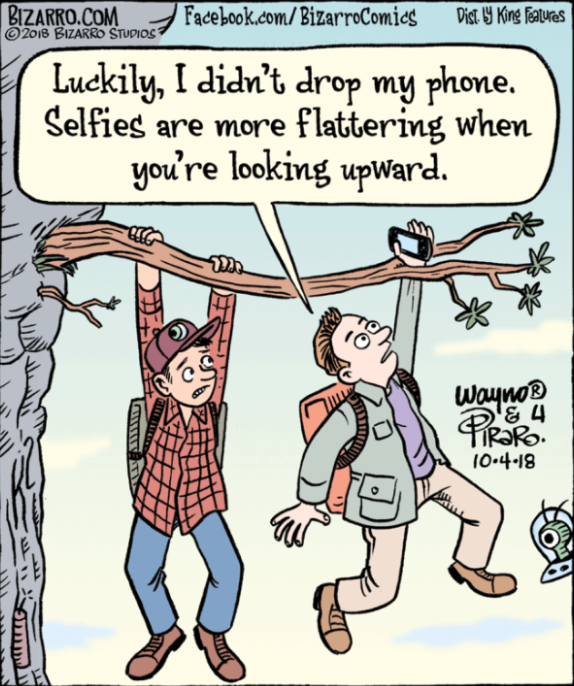 Selfies have claimed many lives in recent years, but did you also know that it can save lives too?

Friends take selfies all the time!