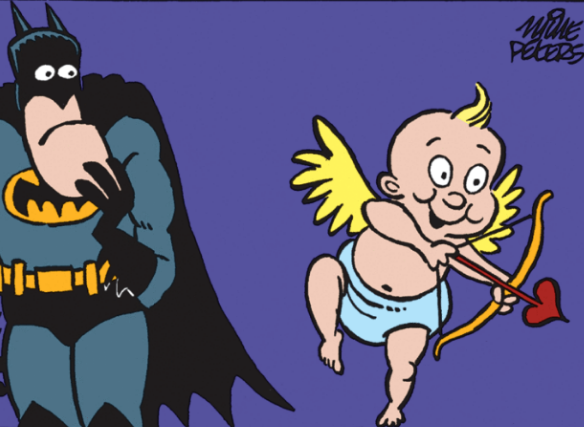 Welcome to the month of February! Time to watch out for those flying pesky little children with their bows and heart-tipped arrows before they strike. Or maybe that’s exactly what you’re looking for? These Top Ten Comics on Cupids will hopefully have you make a decision.

Who knew these things could live for more than 3,000 and still have baby faces.

He’ll be a useful addition to the crew during raids.

The fun fact you didn’t know you needed.

As you can see, Cupid’s arrows don’t work during naps.

With this little guy in the Justice League, there will no longer be any crime thanks to the power of LOVE!

These little guys just don’t care about safety, do they?!

Okay in cases like these, ya gotta watch out for those little brats.

So this is why older people are too grumpy for love.

Maybe not every cupid has wings or a bow with arrows.