They are the biggest most feared lizards in the world…Except they don’t exist. Or do they??? Let’s have a look at this week’s Top Ten Comics on Dragons and see how they face off against our characters!

It’s tough when one of the food goes to you and the other runs away.

So fire does give you bad breath. Probably makes it smell like gasoline.

I’ll take that over candy any day.

The upside to eating armored peasants.

Little late for that! That dragon probably just wants some of Helga’s delicious cooking. 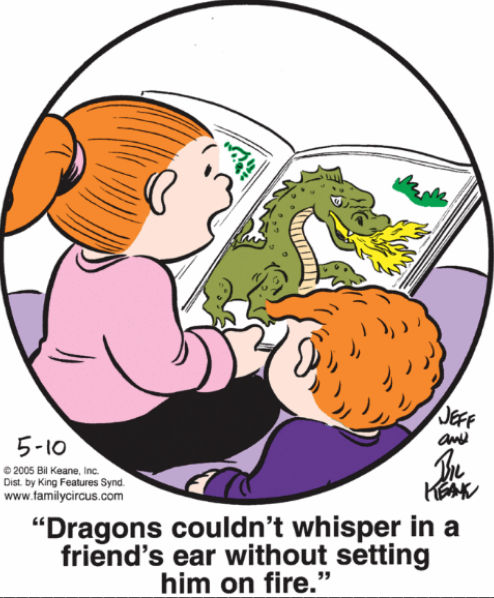 Is it not twist open?

A true hero handles every form of heat! Yeah I guess the thermostat applies here too.

Turns out dragons are in fact REAL! Komodo Dragons are only a small evil scientist experiment away from being able to breathe fire and grow wings to fly.

Never wake up a dragon before 12pm, especially not to go to school.