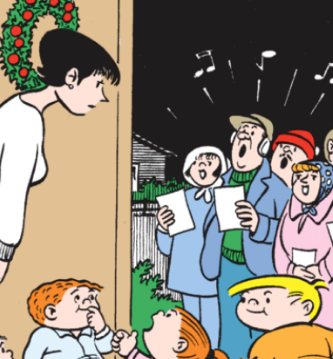 December has arrived and the holidays are officially in full swing! But what would you do if a huge choir showed up at your doorstep to sing for you? Would you enjoy it or get all awkward? Well now you don’t have to feel alone because our characters are going to handle this nightmare with you in this week’s Top Ten Comics on Christmas Carolers. Remember, a simple applause is all you gotta give!

Ok ok THIS is my kind of caroling! They can come annoy me with their Christmas songs every night if it means free food!

They’re not singing any carols but imagine if they did at your doorstep.

I second that request.

This is going to be one head-banging carol, and I’m ready for it. 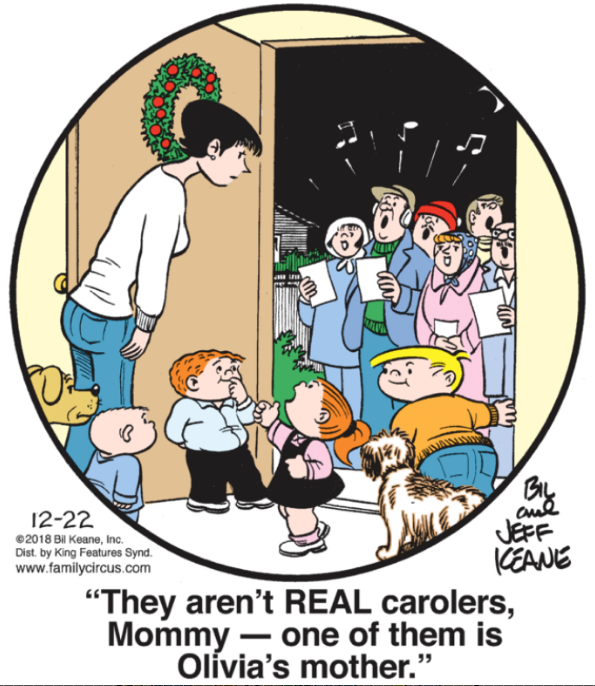 Come to think of it, I have never recognized a single caroler. Does this mean they’re not human and come from a different dimension?

Gotta give it to them, though: Their advertising is working on me. 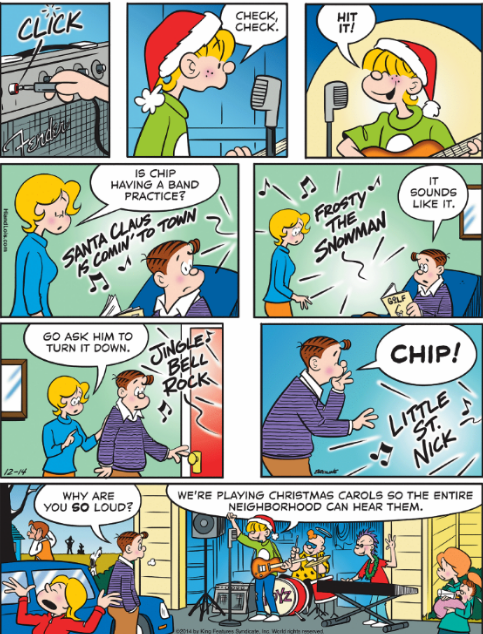 No need for door-to-door caroling now.

Caroling could be a smart way to raid people.

The lyrics don’t matter as long as the singing comes from the heart…Although what kind of heart is that if you don’t know the lyrics?

Happy Holidays! And remember: DON’T GO BROKE FOR SOMEONE WHO’LL PROBABLY JUST GIVE YOU SOCKS!