A quiet and lazy Sunday soon turned into a lonely one for Olga, the imaginary friend of 12-year old Martin. As Martin sat down to watch his favorite TV shows all afternoon, Olga shrunk down to a tiny size of himself, leaving Martin confused. 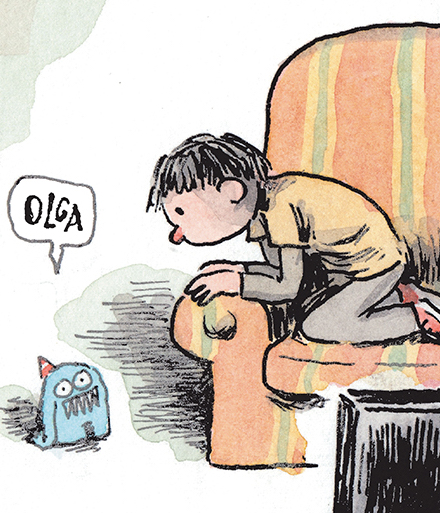 “I only wanted to take the day off from everything and just watch some TV,” expressed Martin. “It’s not like I was going to leave Olga permanently, I just wanted to binge-watch the new season of Stranger Things. Maybe even watch some Star Wars for the hundredth time afterwards. I don’t know, I was just bored and didn’t feel like leaving the house.” His imaginary friend Olga was present for comment: “Olga.” We asked Martin for some clarification on what Olga meant by that: “Something about my imagination shrinking when I’m hooked on my TV all day and that’s why he got small? I just wanna know who the hidden character in that season finale was.”