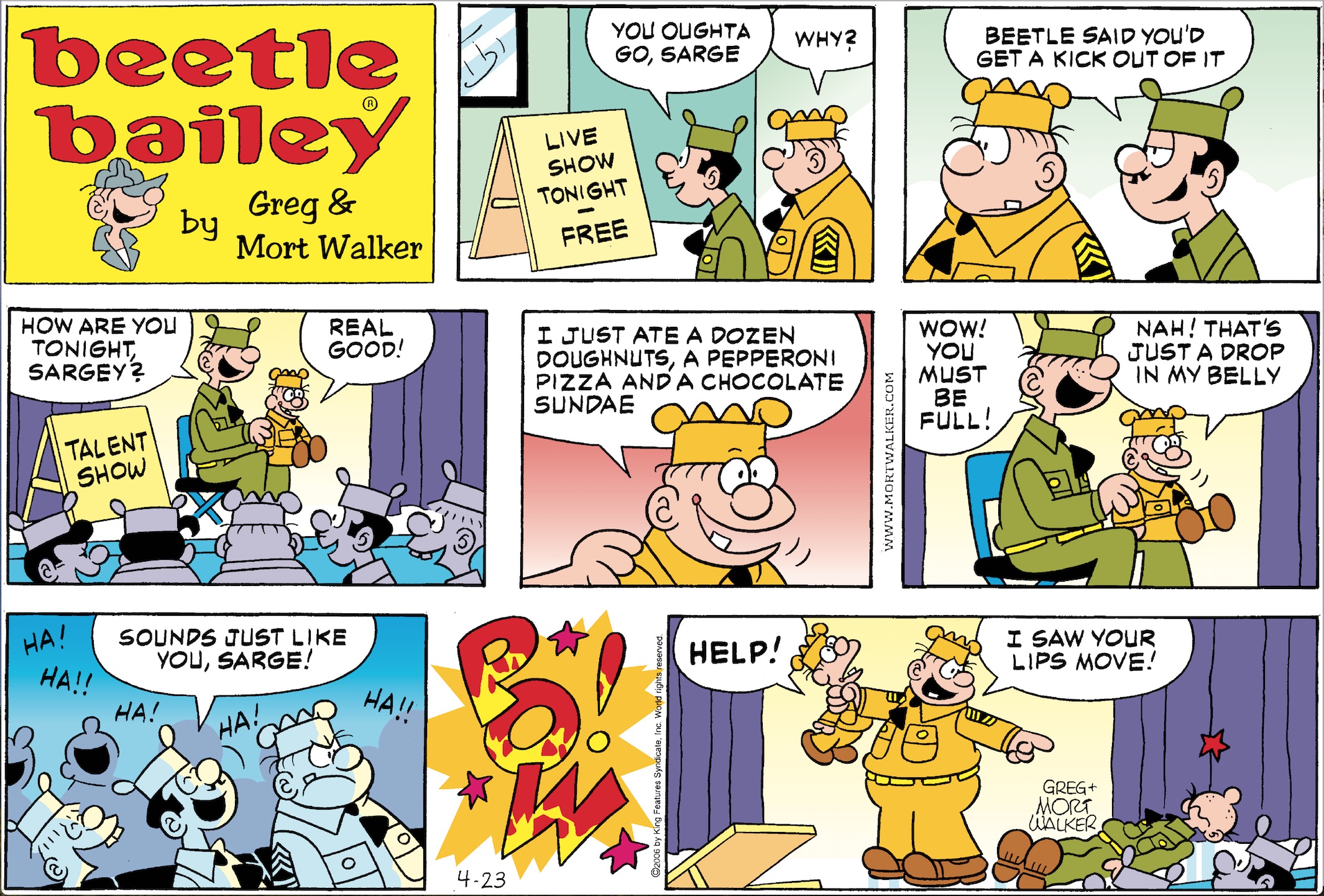 Beetle Bailey color Sunday page digital proof, April 23, 2006. In the episode above, Beetle shows off his ventriloquist skills in the Camp Swampy Talent Show.  After the audience cracks up over his act, Sarge cracks Beetle on his skull. This episode was probably inspired by the Paul Winchell Show, which ran on NBC TV from 1950 to 1954. Winchell also hosted a children’s television show, Winchell-Mahoney Time, from 1965 to 1968 and made frequent guest appearances on such popular programs as The Dick Van Dyke Show, The Donna Reed Show and The Beverly Hillbillies. Here is a 1957 photo of Winchell with two of his most famous dummies, Jerry Mahoney (left) and Knucklehead Smiff (right). 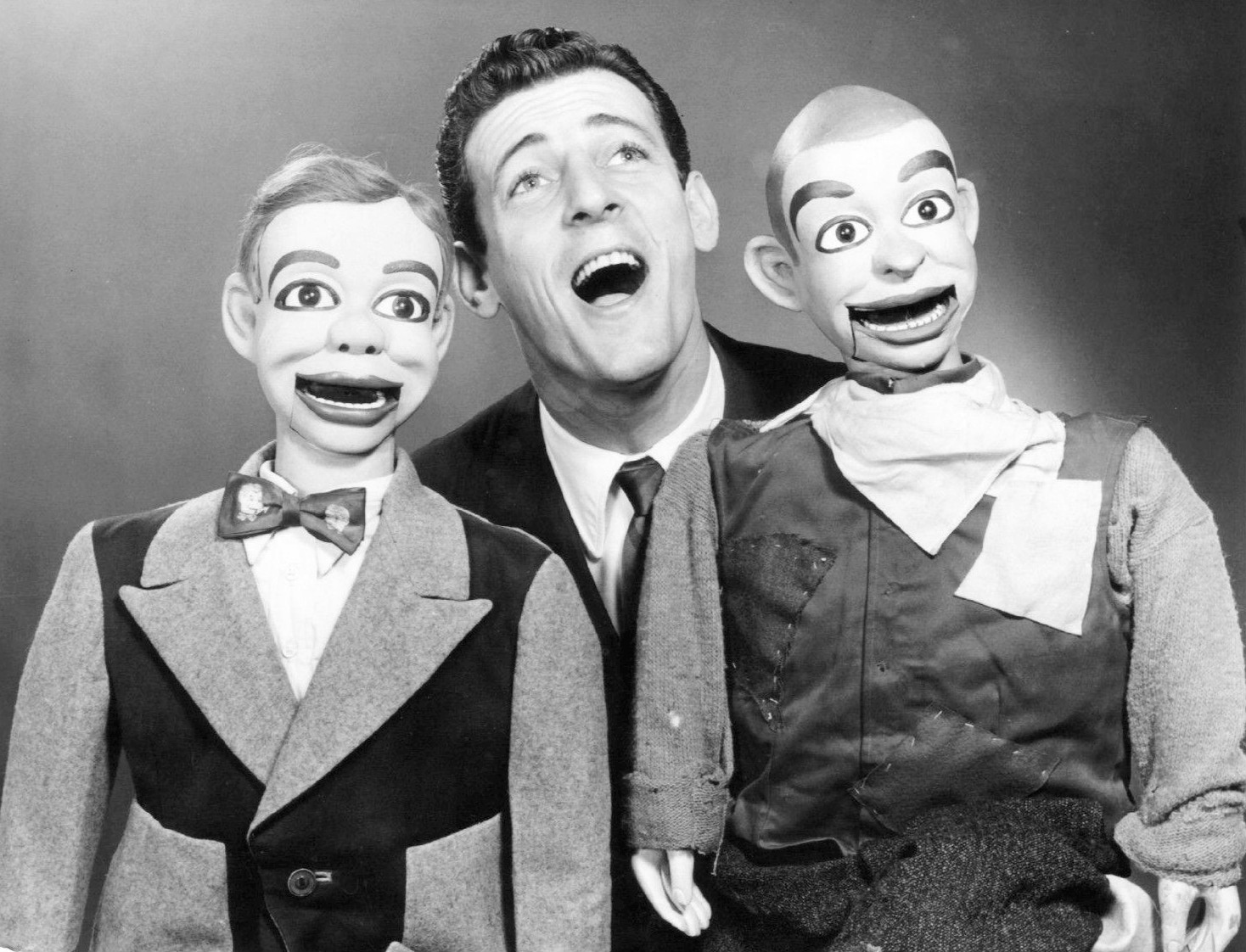 In the 1960s, Juro Novelty Company made a toy Jerry Mahoney ventriloquist doll for kids.  Our family had one of these and I remember my younger brother performing skits with it.  I’m not sure if it survived but here is one that sold recently on eBay. 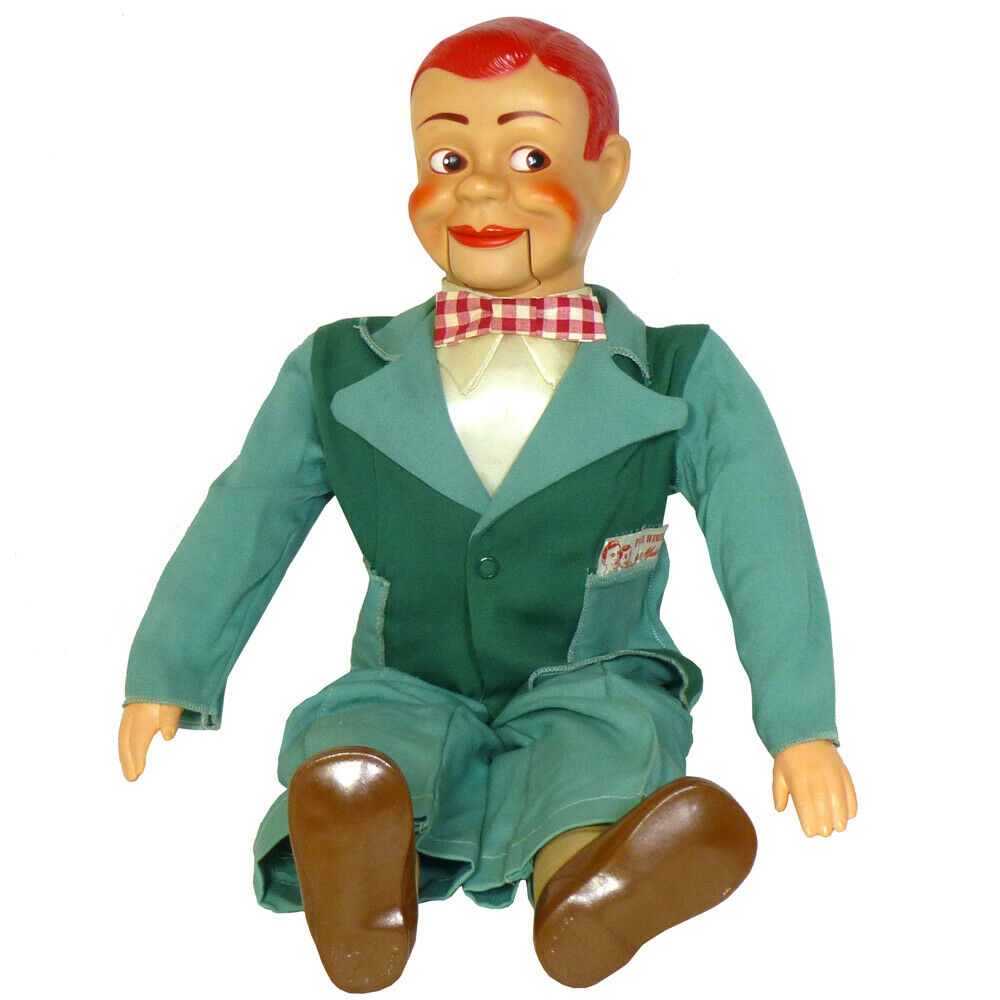 Next week we will move on to 2007 in our Timeline series. – Brian Walker