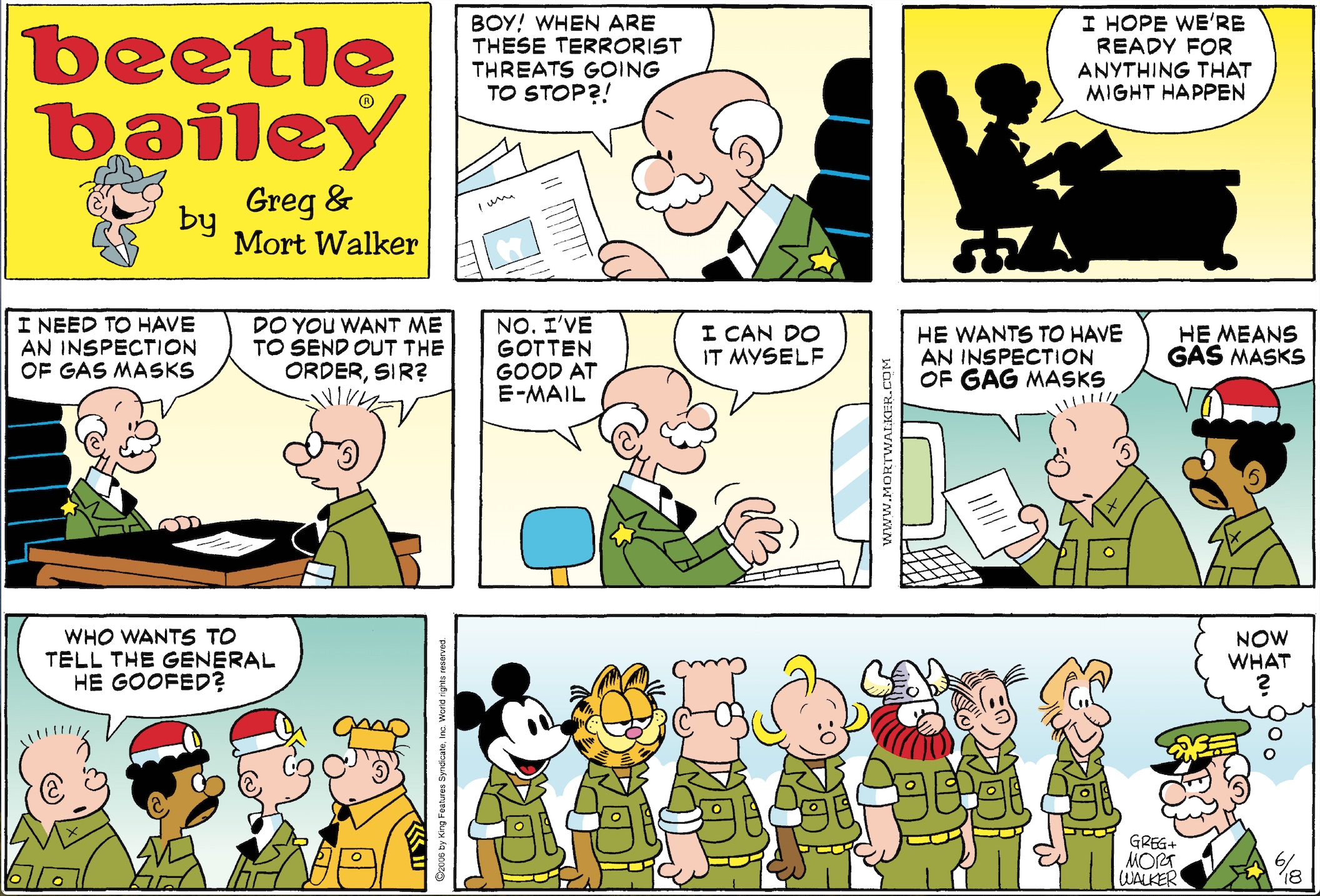 Mickey Mouse, Garfield, Dilbert, Trixie from Hi and Lois, Hagar, Dagwood from Blondie and Jeremy from Zits are the “gag masks” in the Sunday page above.

Cartoonists love to sneak other characters into their strips

In 1961, Mort Walker and Jerry Dumas launched Sam’s Strip. The premise of this offbeat creation was that Sam, with the help of his cartoonist assistant, ran and operated the comic strip they inhabited.  Mort and Jerry took the inside joke to a new level, playing with the basic elements of the cartoon form, experimenting with different art styles, and featuring characters from other strips.

This type of self-referential humor, called “metacomics,” had been explored previously by Al Capp, Ernie Bushmiller and Walt Kelly and has been used on a more regular basis by such contemporary cartoonists as Garry Trudeau, Berke Breathed and Bill Griffith.

Below are some of the famous cartoon stars who made walk-on appearances in Sam’s Strip.

Sam’s Strip never appeared in more than sixty papers and was terminated by its creators in 1963. It is considered a cult classic among comic-strip aficionados today.  A book collection of the complete run of Sam’s Strip was published by Fantagraphics in 2009.

Check back next week for more classics from our collection.