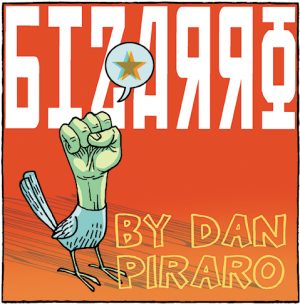 (To embiggenate the charming scene below, click the mini-bike.) 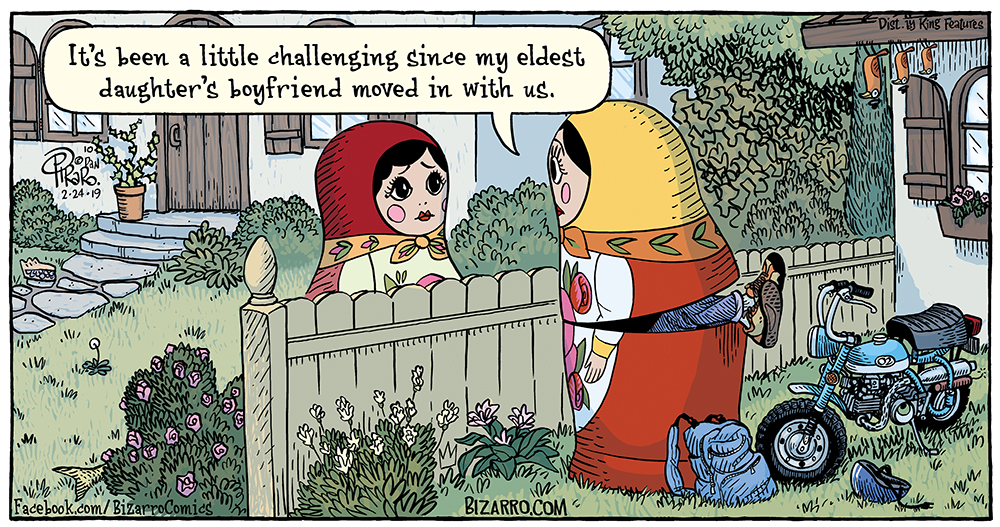 Bizarro is brought to you today by Doll Enthusiasts.

I won’t say that the Mueller Report inspired this cartoon but it could have. With a Manchurian Candidate in the White House, anything can happen as the entire world is now so painfully aware. Who knows how many Russians he has hiding in his nest? I’m anxious to find out and am betting the phrase “money laundering” will be included—perhaps often enough for a drinking game.

This blog has had some technical problems of late, one of which is that I cannot reply to comments. I love answering readers’ questions but lately have not been able to. A number of folks asked me what I thought about the dust-up over Non-Sequitur’s hidden message to Trump and the resulting cancelations in client newspapers. I’ll say just this: Wiley broke a rule (causing client newspapers to print something controversial that they did not know they were printing) and the result was predictable; newspaper editors do not like being fooled in this way. On a larger sense, though, it is truly amazing what gets punished in America and what doesn’t.

Back to the cartoon above: Fans of two-wheeled vehicles will recognize the Honda Mini Trail 50, which many of my friends had when I was growing up in Oklahoma and which I lusted after mightily.  Not only did my parents not buy one for me, but they also forbade me to be on anyone else’s, either. I guess they cared more about my safety than my happiness. I don’t share that view, however, and have been riding motorcycles the majority of my adult life and still do ride them around Mexico.

I have not, on the other hand, had any business dealings with sworn enemies of my country of birth and all its allies. Call me an underachiever.

(P.S. Yes, I know that the title panel above would not be pronounced anything close to “Bizarro”.)

If you’re wondering what’s in Wayno’s nest of cartoons this week, follow me a few pixels down this page… 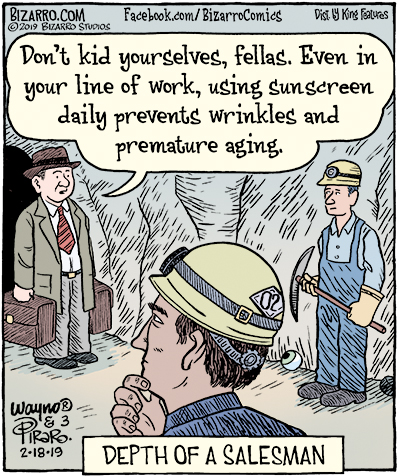 In the damned-if-you-do-damned-if-you-don’t category, sunscreen being washed down drains from everyone’s daily use eventually makes its way to the oceans and is bleaching/killing coral reefs, which will eventually kill the oceans, which will kill those of us who’ve not been killed by massive storms, excessive heat, gun nuts killing strangers, or authoritarian dictators. But when that happens, at least we’ll look younger and have less skin cancer. 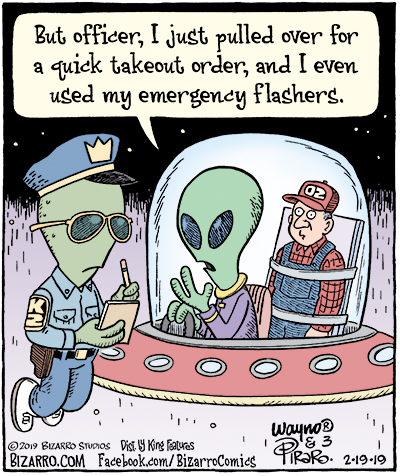 As the alien billboards say, “Never probe while driving.” 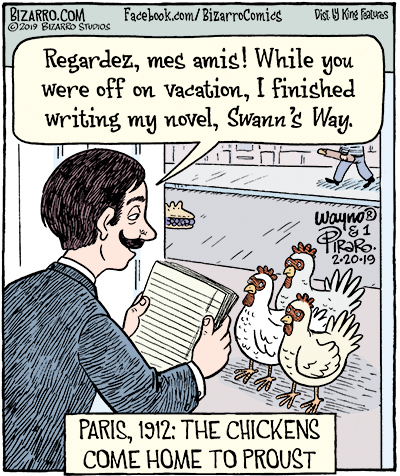 With this cartoon, Wayno exhibits his highfalutin’ education and his desire to alienate certain readers. (If you’ve not left yet but are confused enough to be considering it, “Proust” rhymes with “roost,” which is a bird thing.)

Suddenly I have a craving for Cheese Balls but I had no idea they were made of fish eggs. Gross. 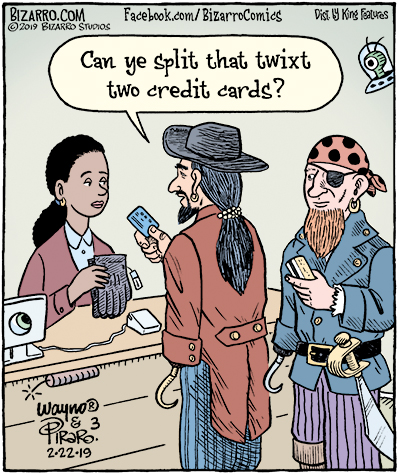 Insider cartoon fact: If there had never been pirates, there would be far fewer amputee cartoons today.

Don’t forget to pop over to Wayno’s weekly blog rundown of this batch. This week features “The Chicken Strut”. 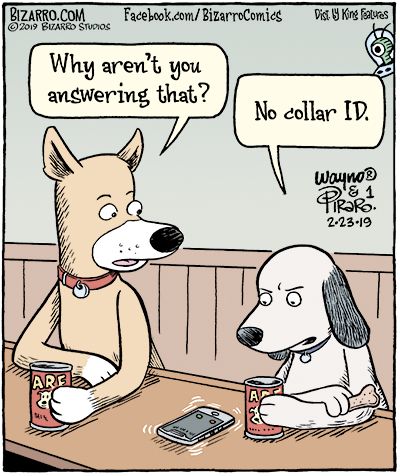 If they’d develop smartphones with smell-o-vision, he could get a more complete I.D. (“Can you hold the phone to your butt, please?”)

That’s the complete Giggle Parade for this week, Jazz Pickles. Thanks for marching along with us. If you enjoy our work, please have a look at some of our links below which help to support our efforts in the increasingly tightening newspaper industry.

Until my next post, be nice, be happy, be smart, and resist ignorance and fascism.