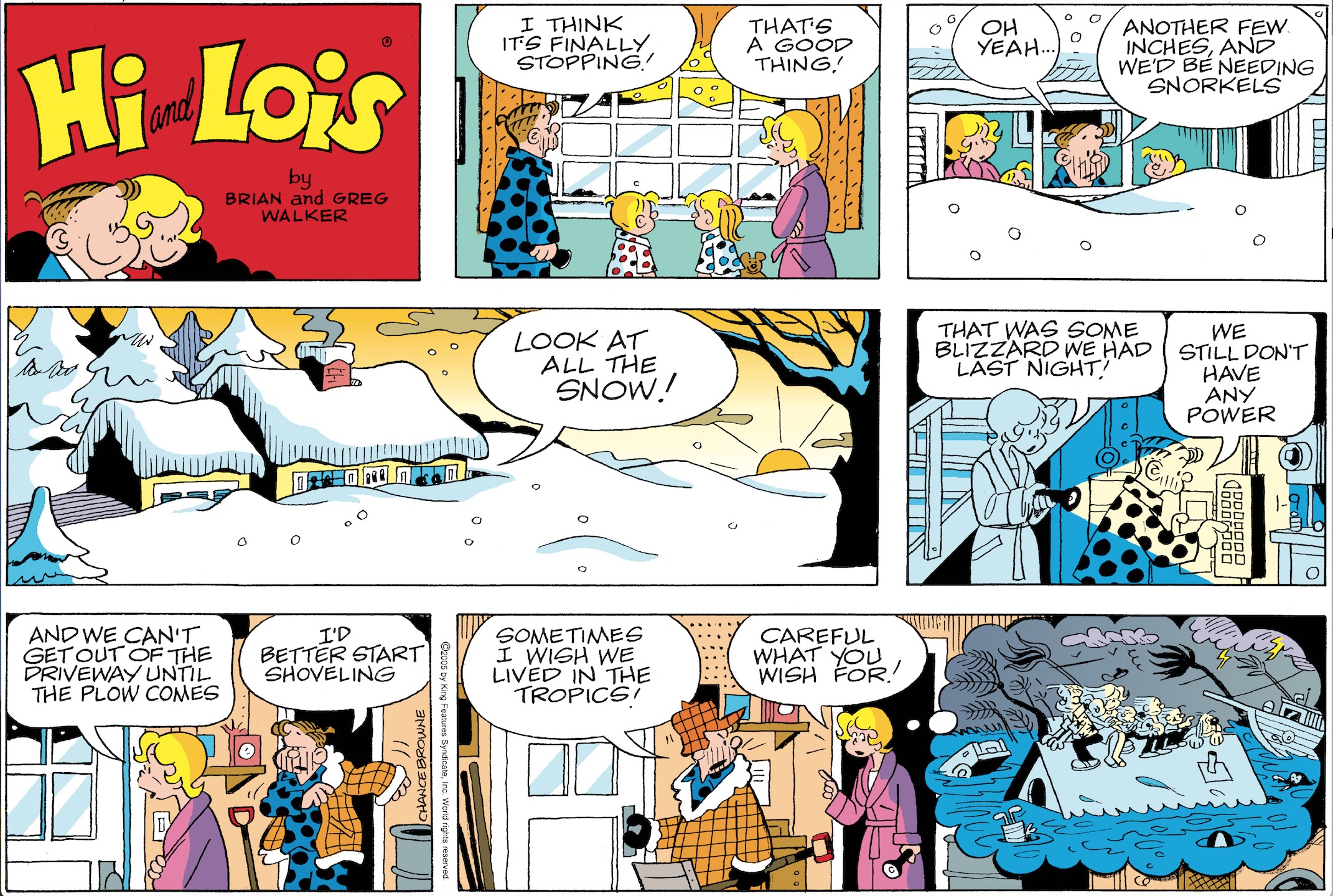 The Sunday page above ran two weeks after a devastating earthquake and tsunami hit the west coast of northern Sumatra on December 26, 2004.  It is estimated that 227,898 people in 14 countries perished.  It was one of the deadliest natural disasters in human history. 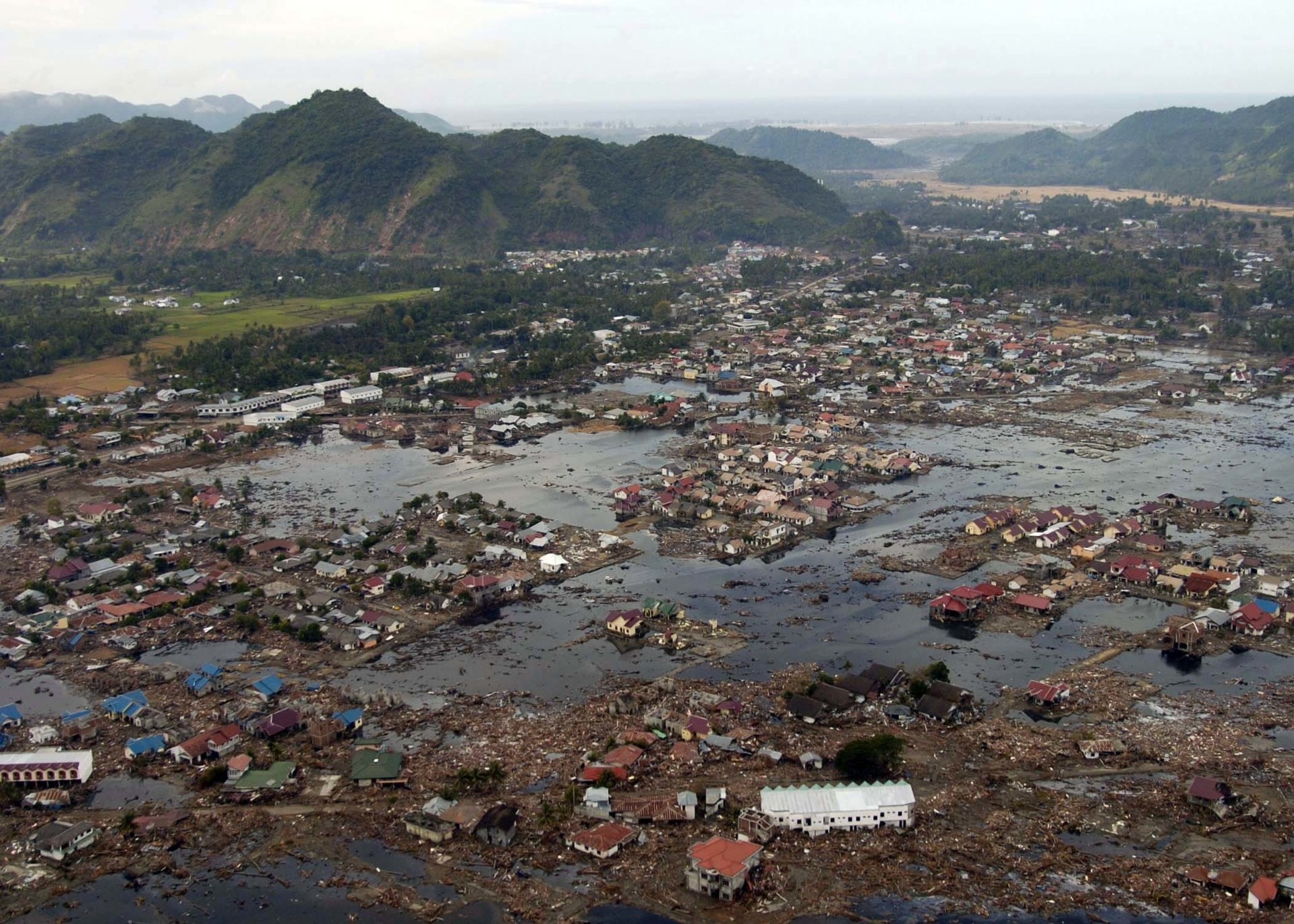 A village near the coast of Sumatra after the tsunami hit, January 2, 2005.

We were very concerned that readers would think we were making light of this horrible event.  We desperately sent out a replacement strip, but it was too late for most of our subscribers to make the change.

People frequently ask syndicated strip creators how far ahead they work.  Although it varies with different creators, we submit our finished Sunday pages about six weeks ahead of the publication date.

The gags are often written much further ahead than that.  I am often a season ahead, three to four months, when I come up with ideas.

This episode was probably conceived in September or October 2004, long before the disaster occurred.  Still it would be hard to explain the unfortunate timing.  Thankfully, very few editors or readers called us. We were so relieved.

Next week we will continue our Timeline series with another Sunday page from 2005, so stay tooned.