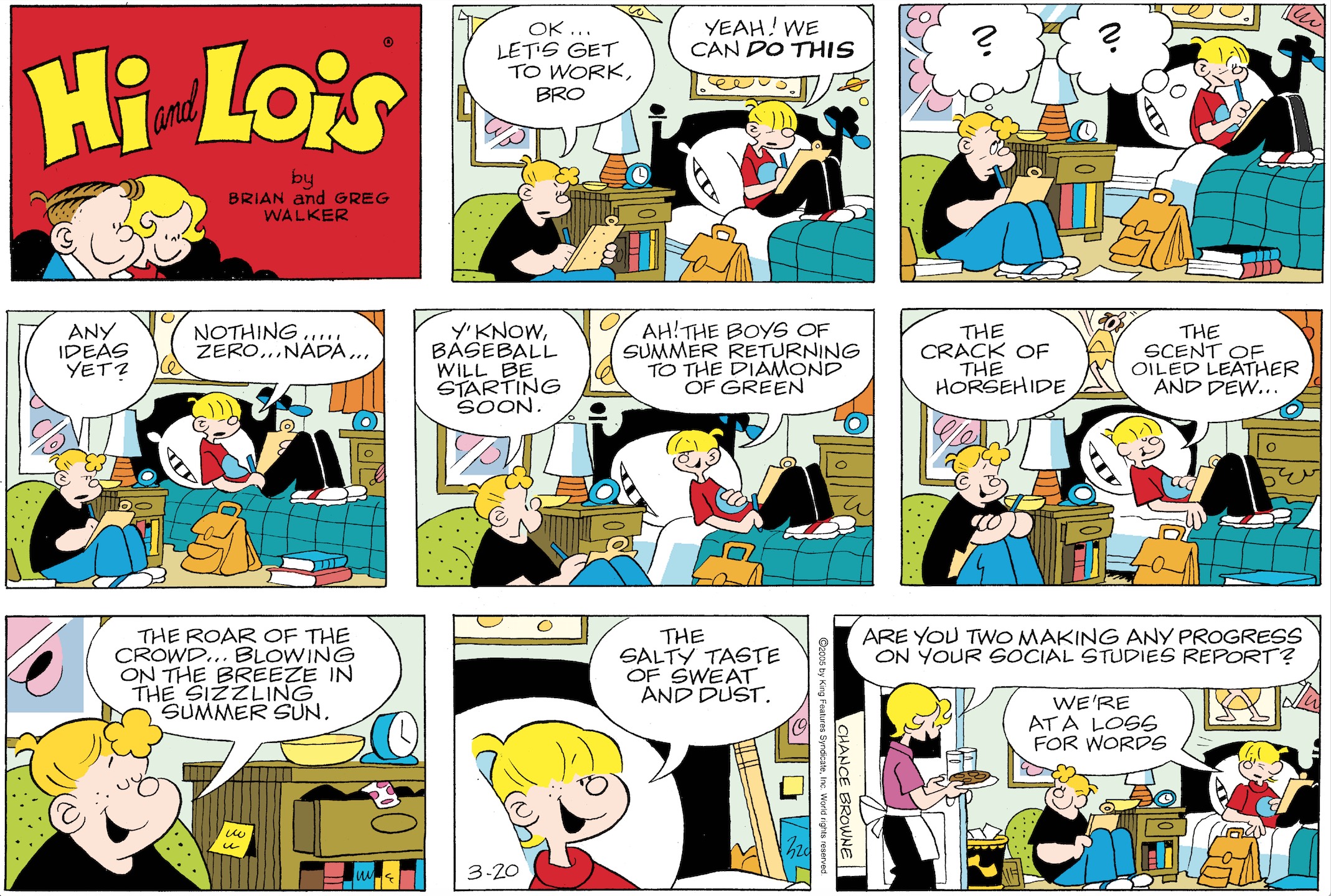 Chip’s best friend is a guy named “Jerry.”  He likes the same things Chip likes and plays drums in the band.  Other than that, there is not much that has been revealed about him.

Here is a very early appearance.

By the mid-1960s, he had taken on his definitive form.  In the strip below, Jerry and Chip are shown knocking around the neighborhood together.

In the 1970s, Chip and Jerry were getting interested in the opposite sex.

Jerry is still a regular member of the cast and serves an important function in the strip.  He is Chip Flagston’s loyal sidekick.

Next week we will feature another Sunday page from 2005 in our Timeline series.