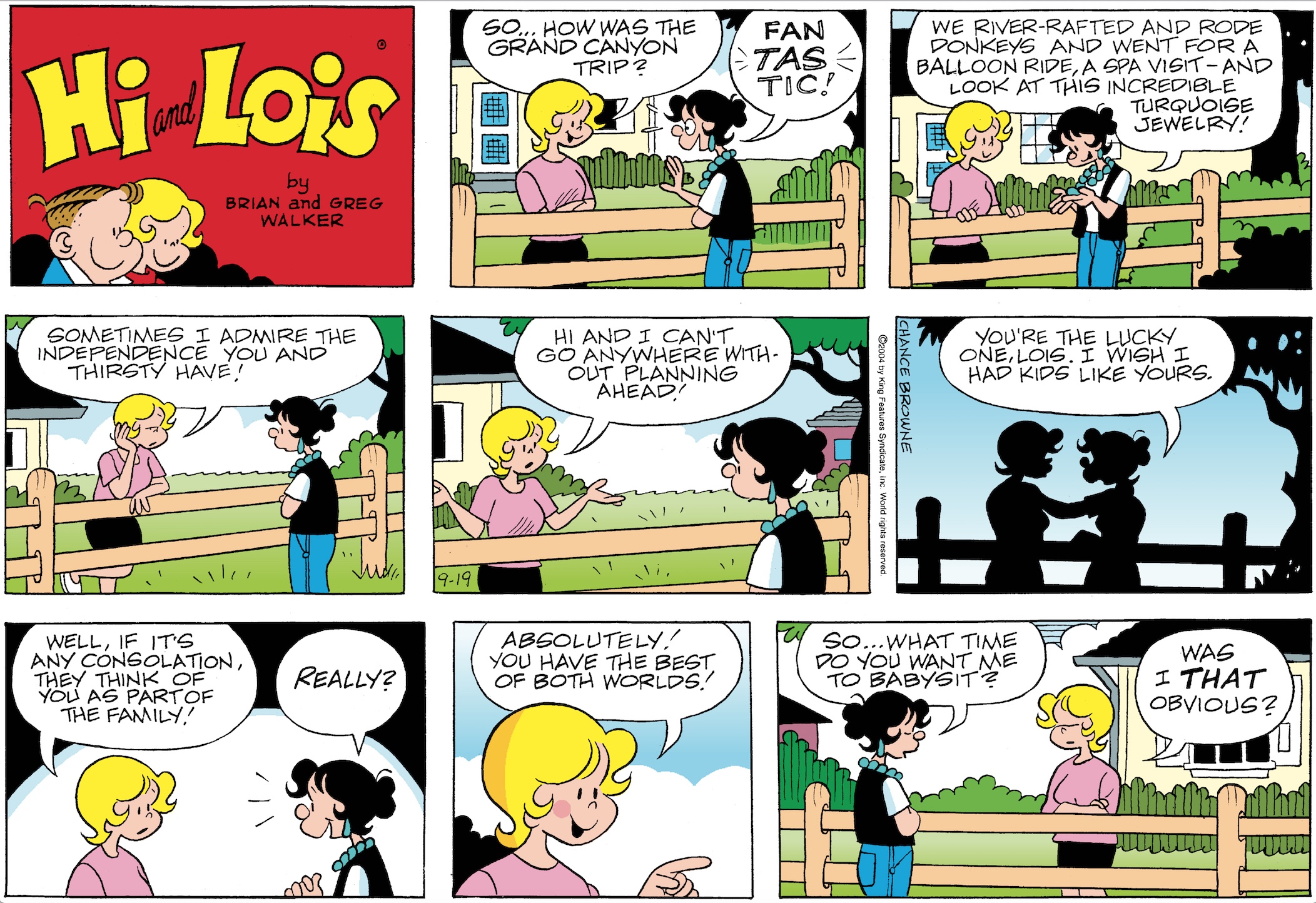 The Flagston’s next-door neighbors, Irma and Thirsty  Thurston, don’t have any children.  Although they can’t truly comprehend the demands of parenthood, they have a genuine affection for Chip, Dot, Ditto and Trixie.

In the Sunday page above, Lois tells Irma how the kids feel about her.  It turns out to be a ploy to ask her to babysit.

Irma made her debut in 1963.  Lois is outraged by the way her husband was treating her.

Two weeks later, Irma and Thirsty are shown together for the first time.

Irma provided an added dimension to Thirsty’s personality. He wasn’t just Hi’s disheveled and lazy golfing buddy, he was a male chauvinist who expected his wife to do all the housework and wait on him while he lounged in the backyard.  Lois tried to get him to change his ways but Thirsty never heeded her advice.

This strip from 1965 is a classic encounter between Lois and Thirsty.

Although Thirsty and Irma have discussed divorce, somehow their marriage survives.  Thirsty could never find another woman to put up with his selfishness. Why she stays with him is a mystery.

This is the last installment from 2004 in our Timeline series.  Come back next week for more rare material from our archives.