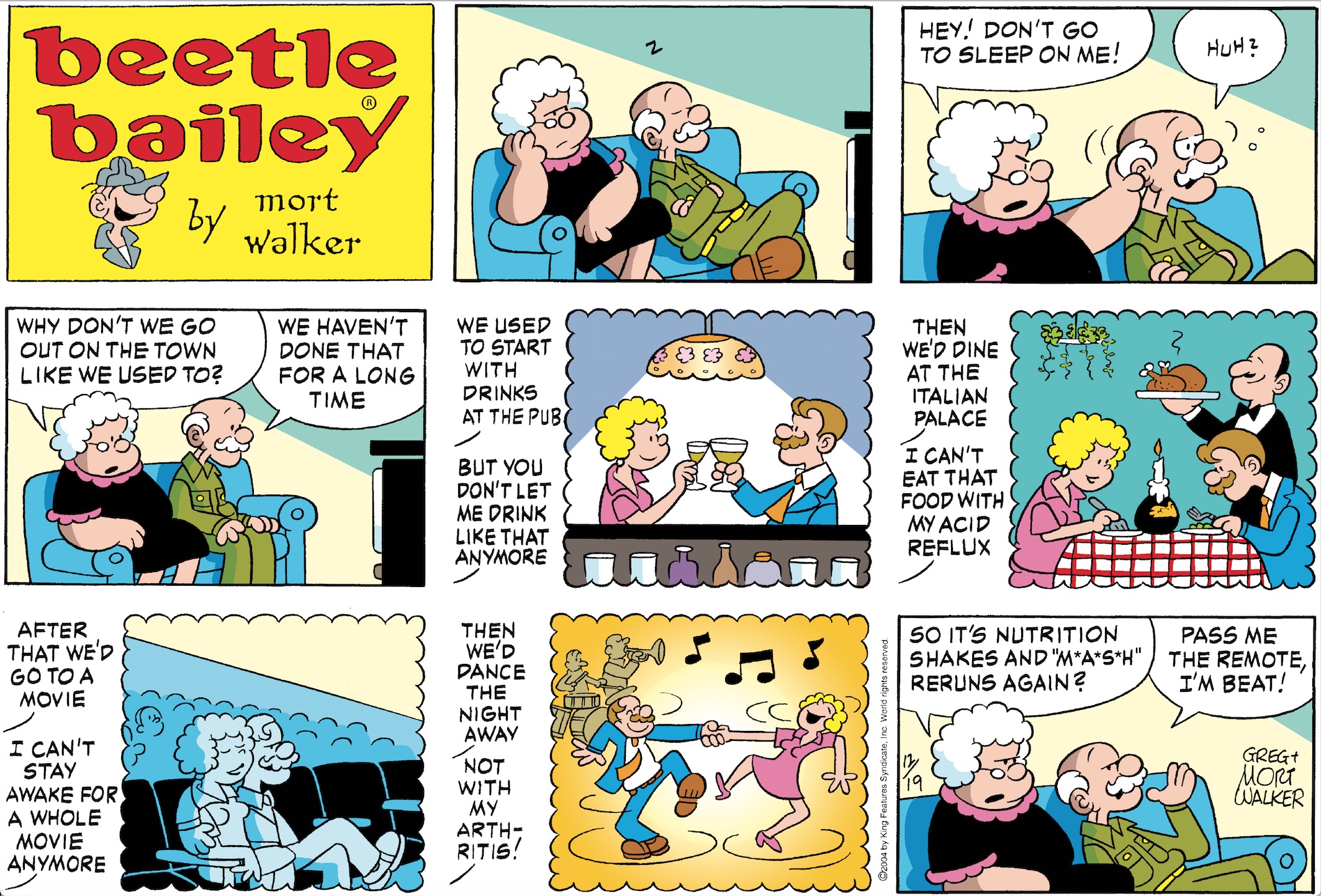 The Sunday page above provides a fanciful account of what life used to be like for Amos and Martha Halftrack when they were younger. The General is now apparently too old to have fun.  In the end they decide to spend another night at home watching reruns on TV and drinking health shakes.

General Halftrack’s wife first appeared in the strip in 1961 but didn’t have a name.

A few months later she was becoming more assertive.

Back when Halftrack frequently ogled his sexy secretary Miss Buxley, Martha would make surprise visits to the office to check up on him. Now that the General has reformed and behaves more appropriately, his wife stays at home most of the time. Occasionally, she goes to the officer’s club to keep her husband from overdrinking.  Somehow they keep the marriage going.

This is the last installment from 2004 in our Timeline series.  Be sure to check back next week to see what’s coming next.