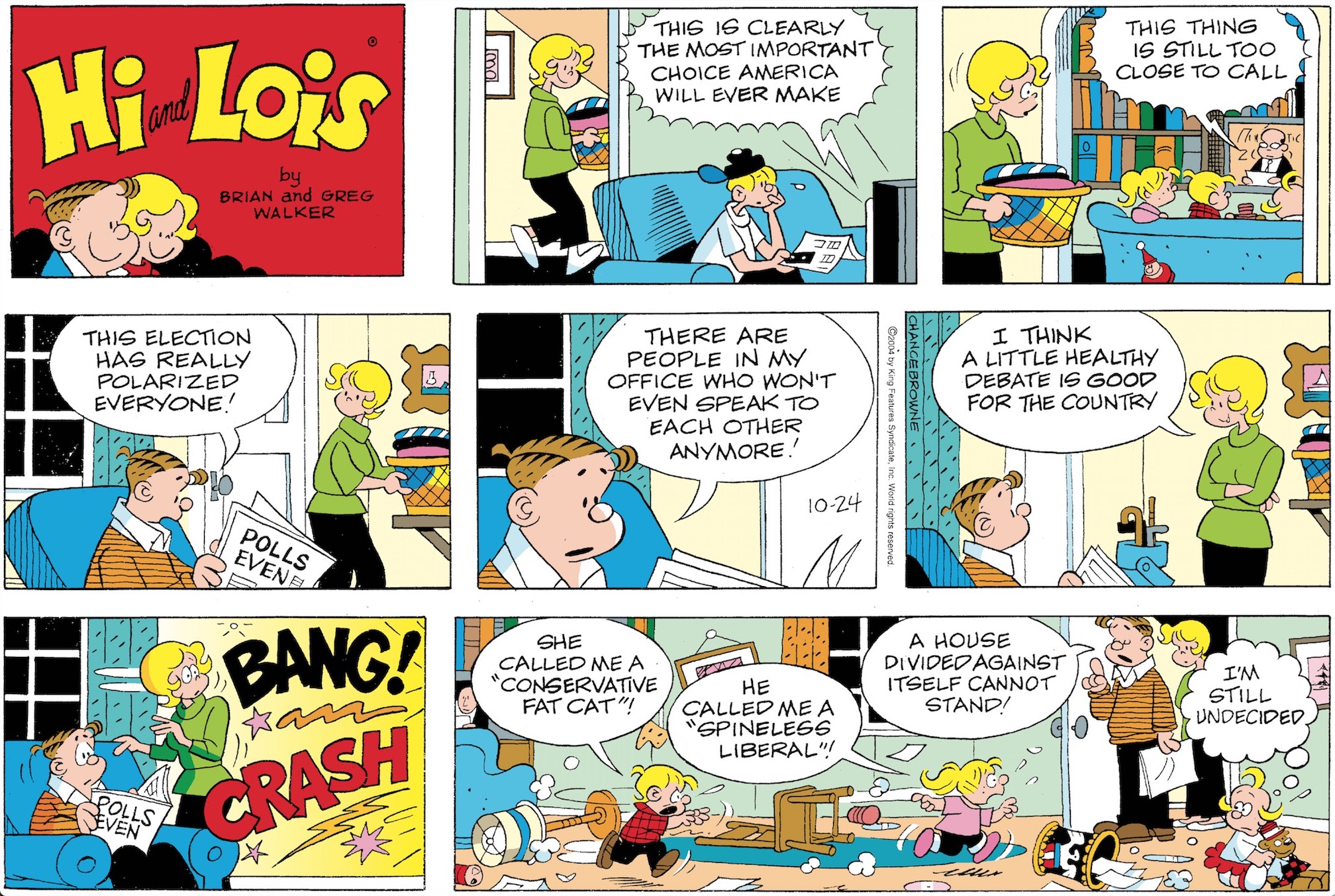 The Sunday page above was published in newspapers nine days before the 2004 Presidential election in which incumbent Republican George W. Bush ran against Democratic challenger John Kerry.

Although there was intense political polarization during that election, it is nothing compared to the partisanship of today.  It seems like a more innocent time.

For the most part, we avoid politics in Hi and Lois.  Our readers have different party affiliations and we don’t want to offend anyone.  But sometimes it’s hard to avoid.

We made sure this gag represented both sides.  Portraying Ditto as a conservative and Dot as a liberal was an arbitrary decision.

“A house divided against itself cannot stand,” is a quote from a speech Abraham Lincoln made in June 1858 when he accepted the Republican nomination for U.S. Senate in Illinois.  A month later he debated Democratic candidate Stephen Douglas over the issue of admitting Kansas into the union as a slave state.

It seemed like an appropriate line for Hi but Trixie ended up with the last laugh.  She was among many undecided voters at that time.

Next week is the last installment from 2004 in our Timeline series so be sure to check back.