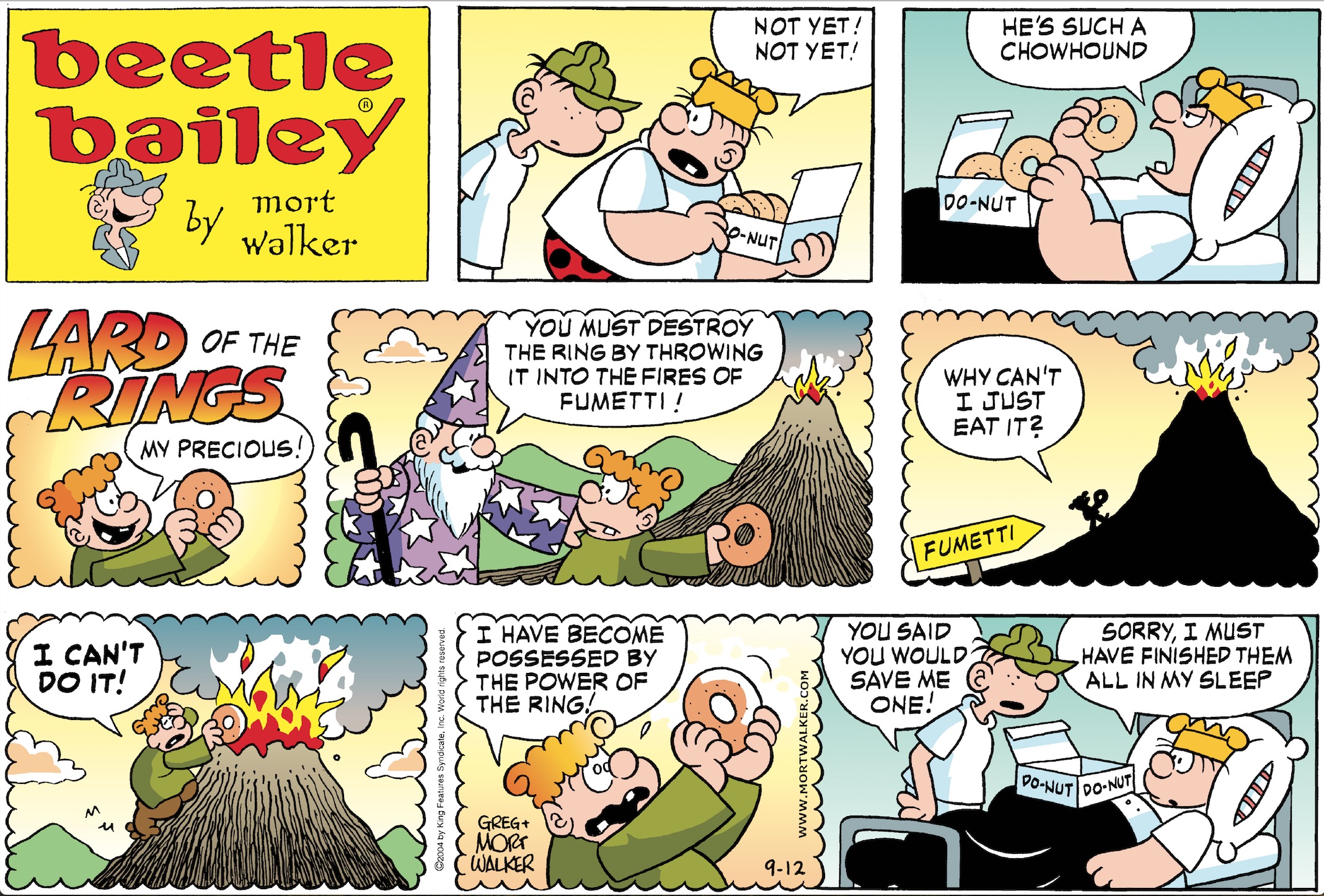 This is yet another Sunday page featuring Sarge’s nighttime fantasies.  We have documented the start of this theme in the strip during the 1960s and 70s in a series of 19 posts beginning on July 28, 2016.  Click this link to see the first one.

Click on “Next” in the upper right hand corner to go to the next one.

I keep finding more of these gags, so there are additional “Sarge Dreams” examples in later posts from 2017 and 2018.

It seemed an obvious choice to turn Frodo’s ring into a donut.  We assumed that most of our readers are familiar with the movies and books and would enjoy this gag.

Check back next week for another classic Sunday page from 2004 in our ongoing Timeline series.