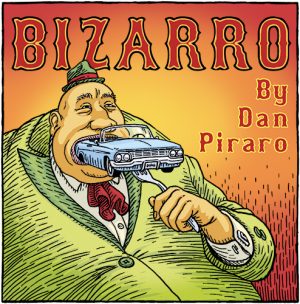 (To begin the embiggenation process, click any character’s earlobe.) 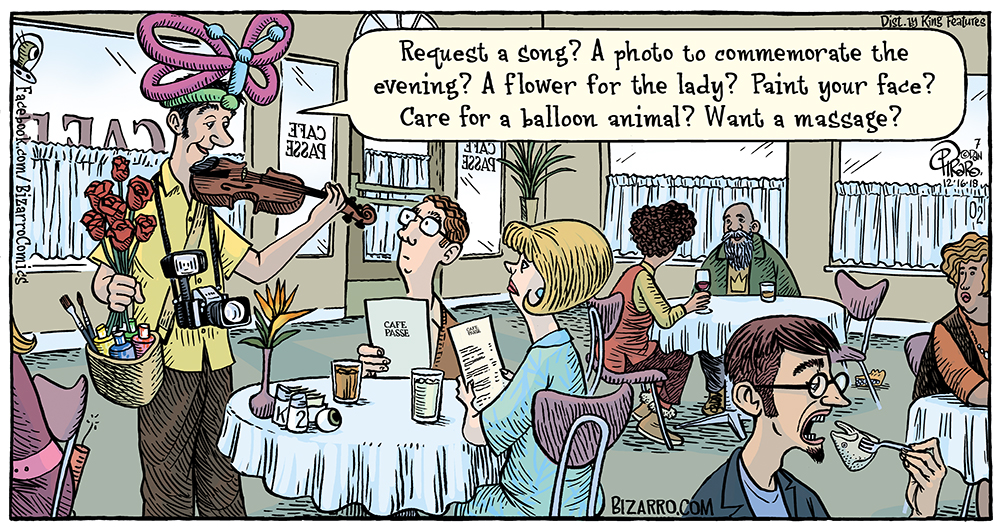 Bizarro is brought to you today by Beer Math.

In today’s economy, it pays to have a wide assortment of skills at the ready. As for me, I’ve been a store clerk, delivery driver, busboy, graphic designer, store display artist, commercial illustrator, sign painter, muralist, cartoonist, fine artist, stand-up comic, TV show host, and painter. Many people assume that because my cartoon feature is sort of famous that I’m rich, but that’s one thing I’ve never been.

And that’s why I ask folks to help keep the campfires burning here at Rancho Bizarro by visiting our online shop or dropping a buck or twelve into our Tip Jar.

It’s also why I’m asking you today to watch my son-in-law’s video about his and his buddy’s super cool science/business project. I know these guys well and they’re both smart, ambitious, hard-working, environmentally responsible, terrific young men trying to make their way in the world. If that weren’t the case, I’d never have illustrated their logo. Also, if I don’t continue to find ways to make a living in this world, I may end up living on their farm in my old age. Whether it is in a cardboard box or a full-size, luxury camping tent may depend on your donations to help keep the project going! Thanks for your consideration.

Now that we’ve worked up a mighty thirst, let’s see what Wayno put into his Kartoon Kegger this week… 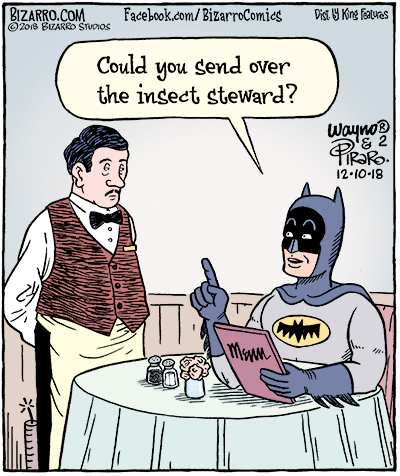 And when my sidekick arrives, he’ll need to speak with the worm sommelier. (Ever noticed how the French seem to have intentionally made their language hard to spell?) 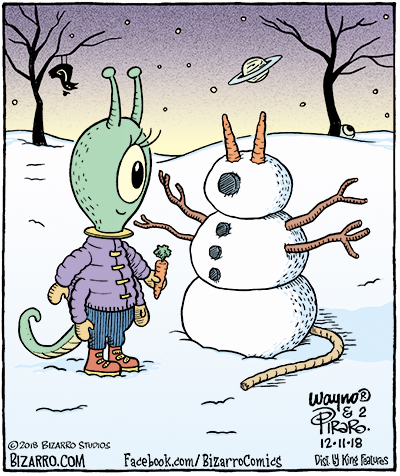 The burning question on the Interwebs this week was where that final carrot is going. Whether it is going to be another appendage or inserted into an orifice, I’ve no doubt the location will be surprising. 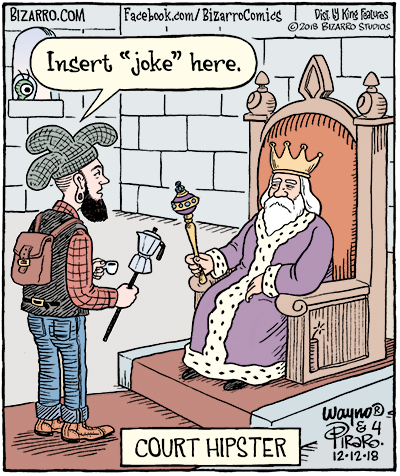 “Surely you jest,” remarked the king.

To which the hipster replied, “Surely you king.” 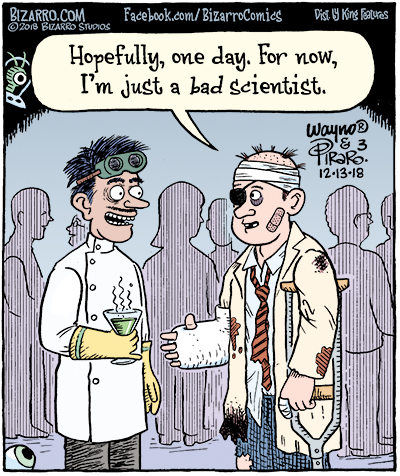 I’ve never actually met a mad scientist but I’ve known a few who were irritable. (The way the modern Republicans thrill their base by denying science is enough to make any scientist mad.) 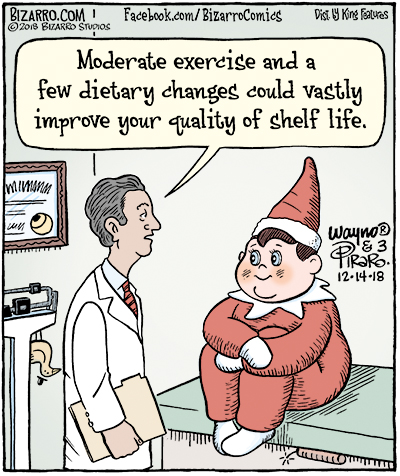 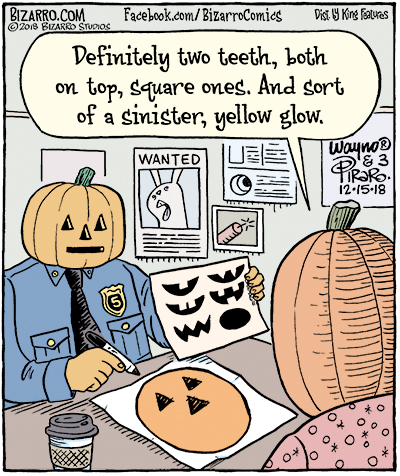 It was probably the double lobotomy that turned him into a criminal. Wayno has more to say about this week’s cartoons so visit his weekly blog, as well. This week, he includes a very odd Batman song from decades gone by.

That’s the journey for this week, Jazz Pickles. Thanks for coming along. And thanks for your continued support as we attempt to make you smile. The links below are how we get by these days.