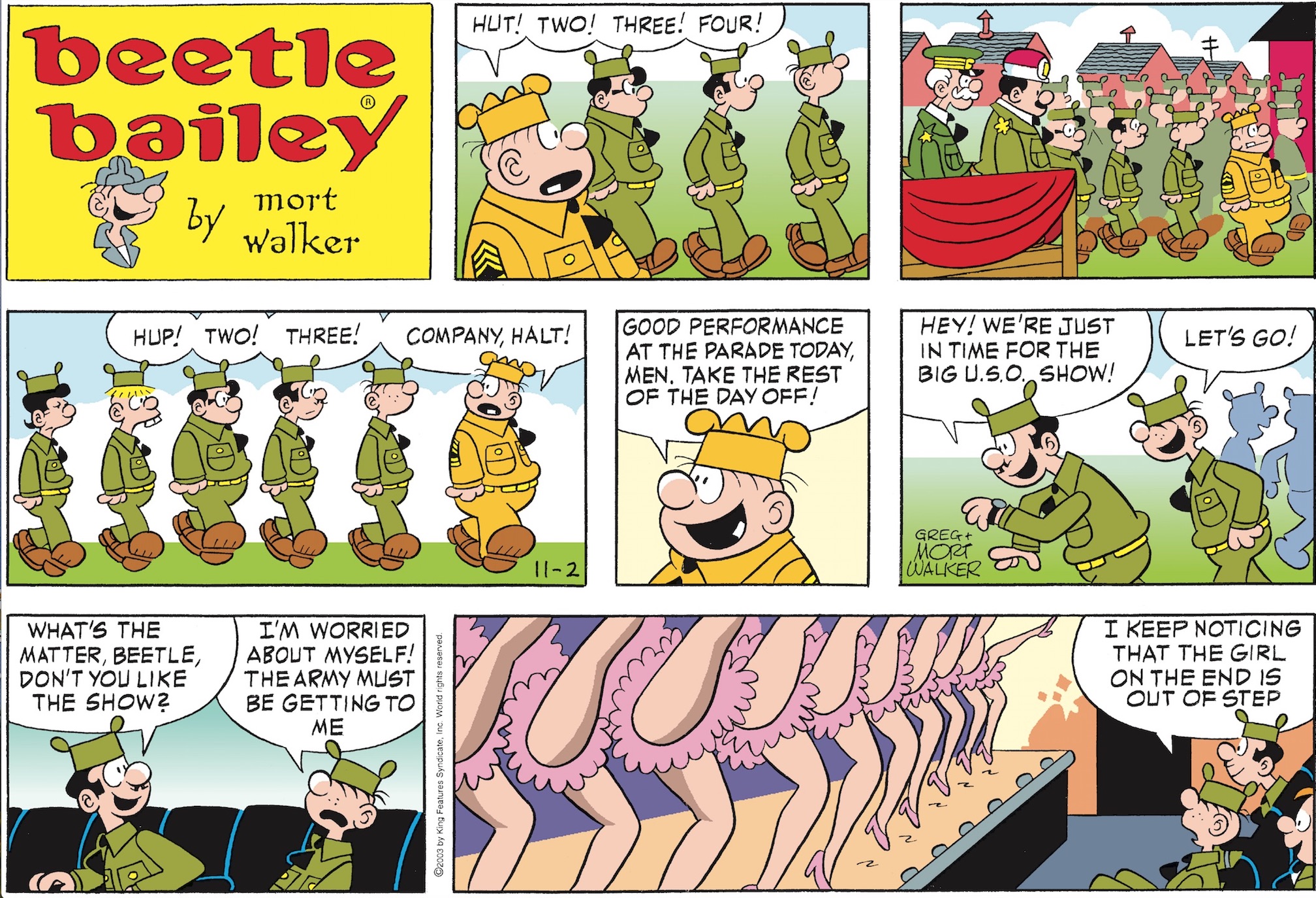 Syndicated cartoonists are under contract to create fresh ideas 7 days a week, 365 days a year.  They aren’t supposed to reuse material.  But occasionally they slip up.

One morning Dik Browne woke up out of a deep sleep to the ringing of his phone. Bill Yates, the comics editor of King Features Syndicate, was calling.  Bill said that a subscribing newspaper had discovered that Dik had repeated a gag in Hagar the Horrible, word for word.  The reporter wanted a comment on the mistake and Bill wondered if Dik had an answer.  Dik apologetically explained, “As we go through this life we learn that there are three things that tend to repeat themselves…history, sauerkraut and old cartoonists.”

Sometimes, in Beetle Bailey, we consciously recycle classic gags. The final panel in the Sunday page above was updated slightly and copied word-for-word from a daily strip that appeared over fifty years before.  We were hoping nobody noticed.

Next week we will be moving forward to 2004 in our Timeline series, so be sure to check back.