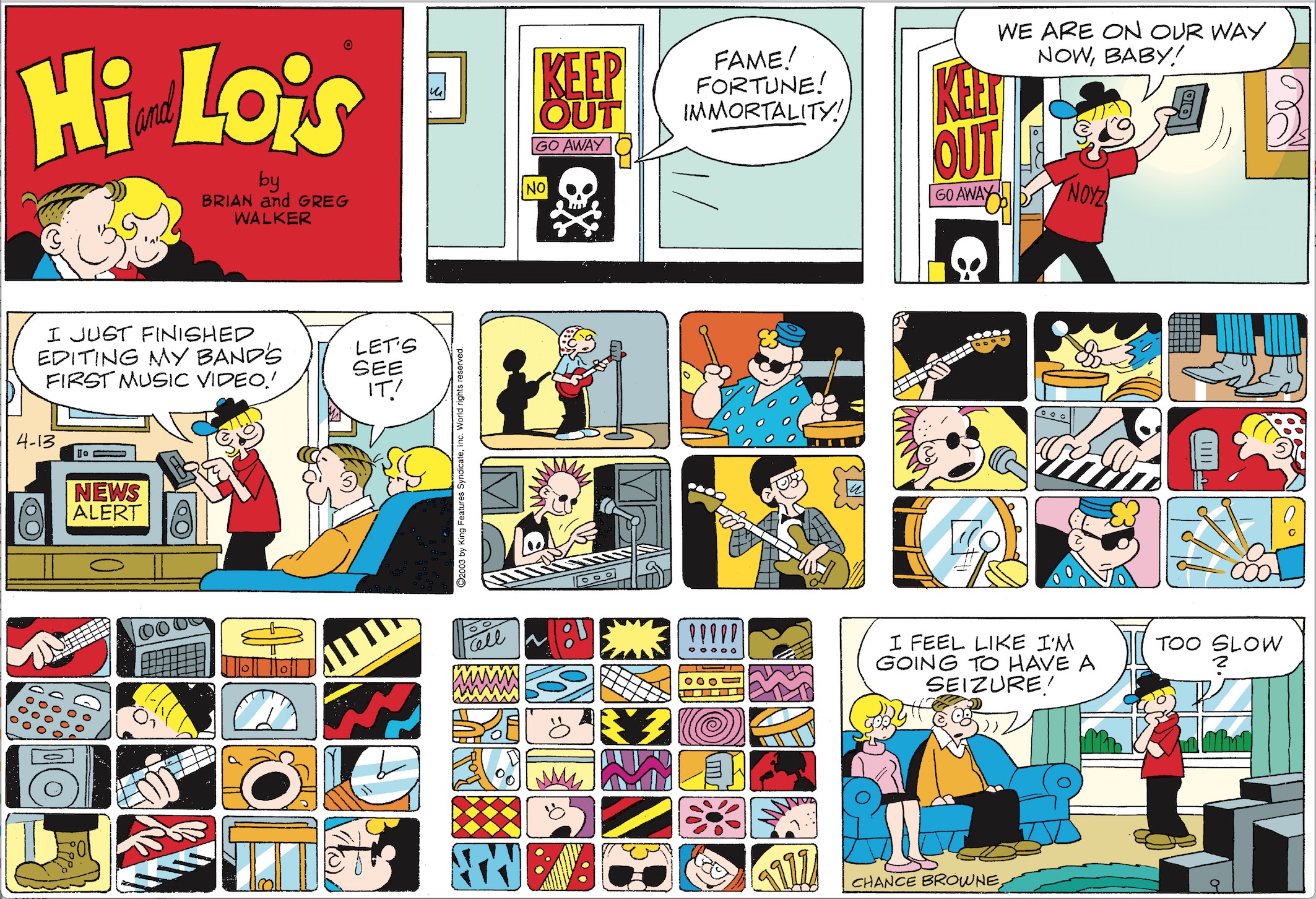 The idea for this gag was inspired by a real life incident.

One night in Japan in 1997, at precisely 6:50 PM, 685 people, most of them children, simultaneously suffered epileptic seizures. The cause was not difficult to identify: all of them were watching the popular animated TV show, Pocket Monsters.

Click here to see a clip from that program.

Japanese researchers determined that the seizures were provoked by rapid changes of blue and red in the background of the cartoons.

Flickering lights such as strobe lights or even the images on a television or video screen are triggers for epileptic seizures. Patients who experience such seizures are said to suffer from photosensitive epilepsy.

Rapid light/dark changes or alternating high-contrast patterns cause nerve cells in the brain to fire electrical impulses more rapidly than usual. In people with photosensitive epilepsy, the resulting “electrical storm” in the brain can lead to muscular convulsions or loss of consciousness.

Although photosensitive epilepsy is not a new phenomenon, the events in Japan appear to be unprecedented.

In the Hi and Lois Sunday page above, Chance Browne simulated the frenetic editing in the music video of Chip’s band by progressively increasing the number of images in each panel from four to nine to sixteen to twenty-five.  In the end, Hi and Lois look like they’re about to have seizures from the rapid pace of the video.  Chip thinks it isn’t fast enough.

Next week we will feature another classic episode from our archives, so stay tooned.