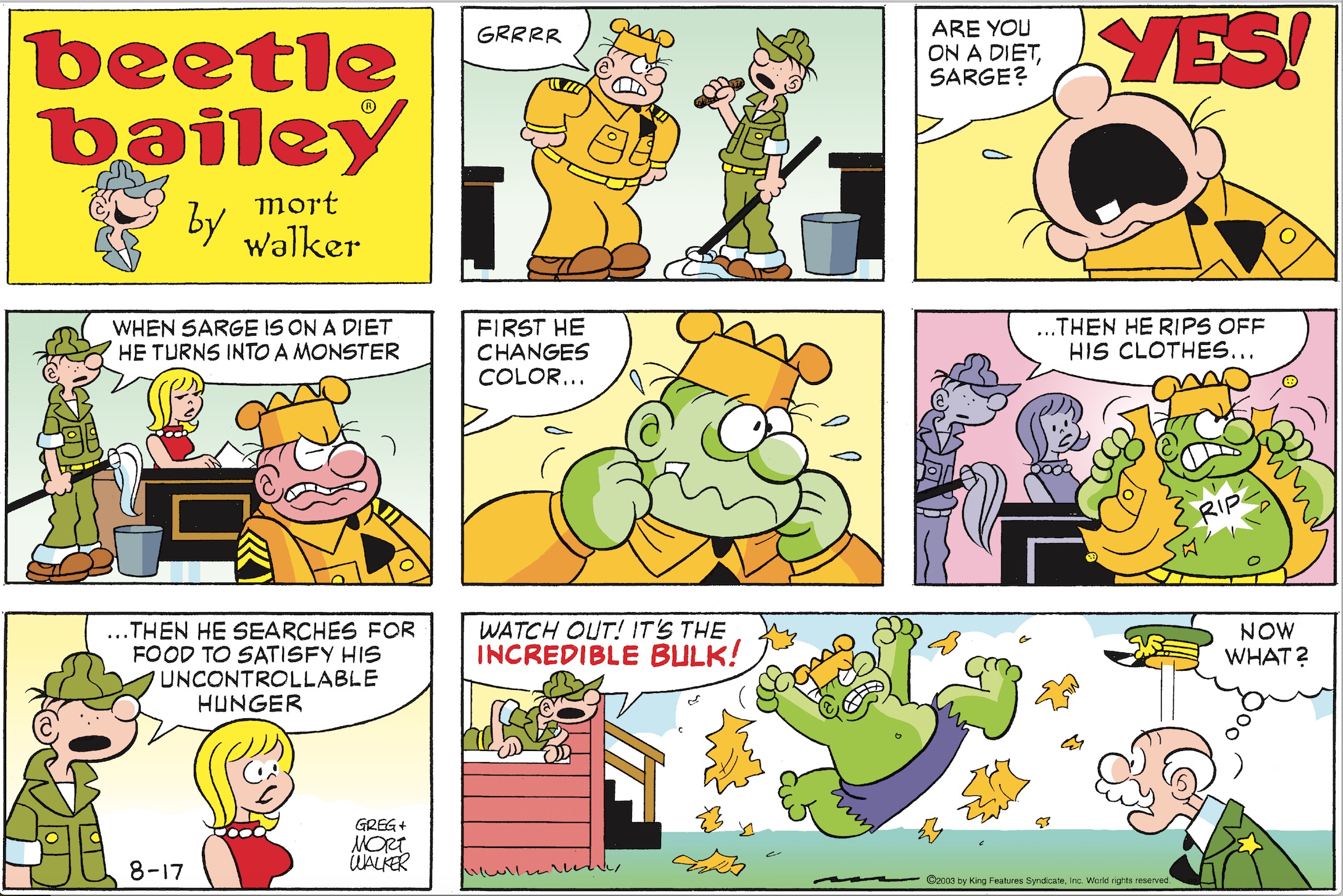 This Sunday page is a spoof of the Marvel Comics character The Incredible Hulk.  The monster’s alter ego, the emotionally reserved physicist Dr. Robert Bruce Banner, was accidently exposed to radiation during a bomb experiment.  This causes him to transform into a bulky, green-skinned creature when he becomes emotionally stressed.  His level of strength is in direct proportion to the intensity of his anger.  He usually rips off his shirt when he goes through the change.

Created by writer Stan Lee and artist Jack Kirby, The Incredible Hulk made his debut in May 1962 (below). Lee claimed that he combined Dr. Jekyll and Mr. Hyde when he first came up with the idea. 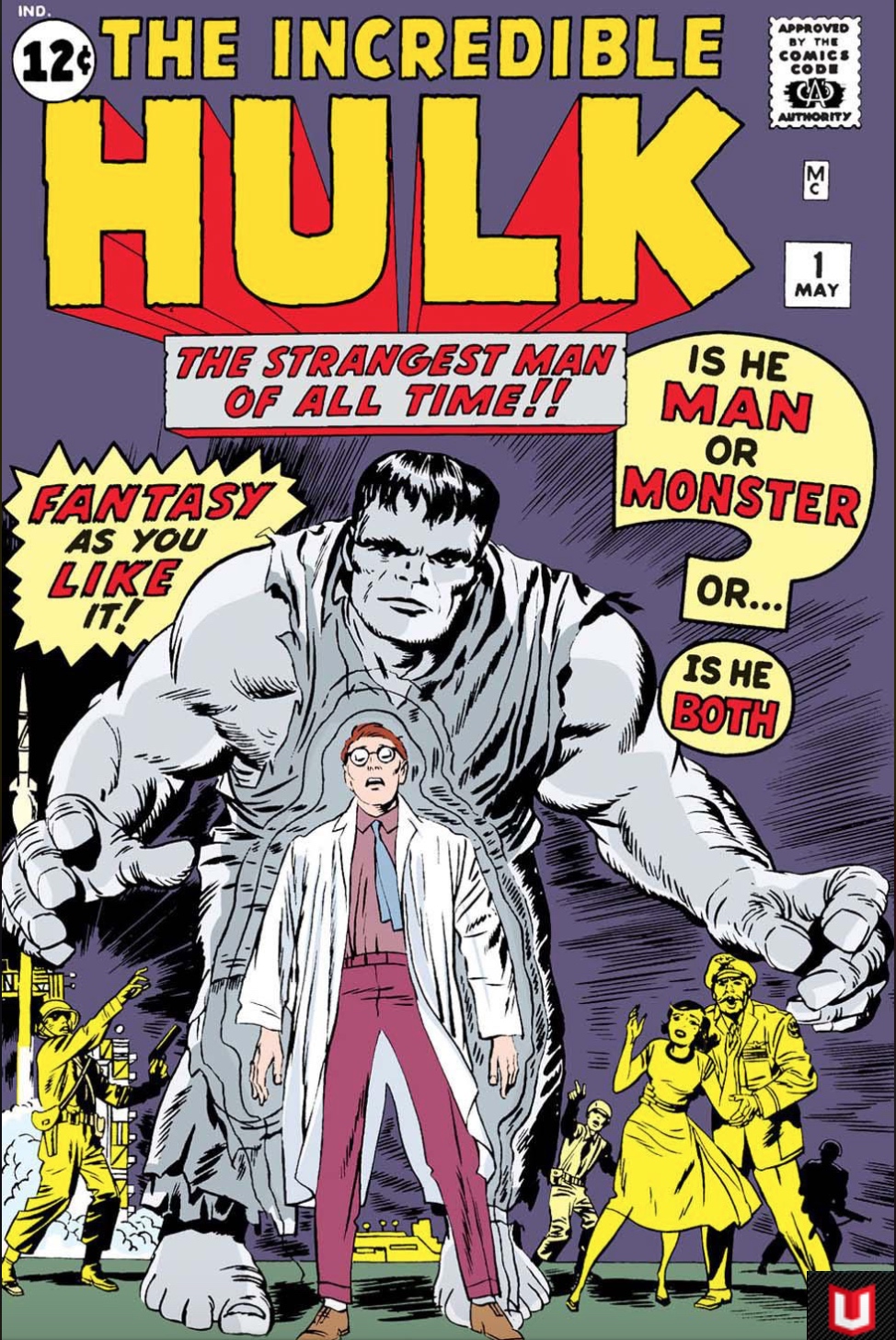 The first issue of The Incredible Hulk, May 1962.

The Incredible Hulk is one of the most iconic characters in the Marvel Universe.  He is a founding member of the Avengers and has been adapted to television and films.  He was played by Lou Ferrigno in the TV series that began in 1978. 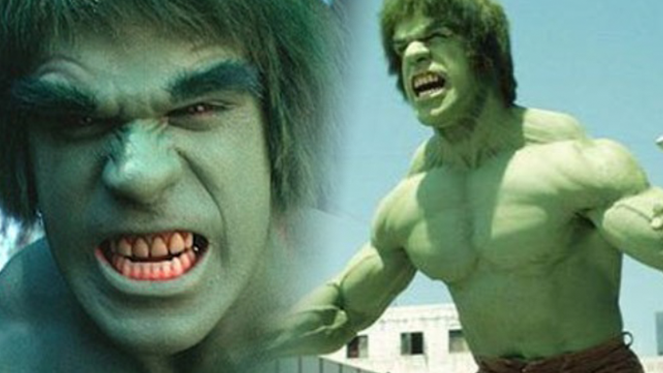 The episode of Beetle Bailey above was inspired by the 2003 Hulk feature film, directed by Ang Lee and starring Eric Bana. This is considered by many to be the best of the adaptations. 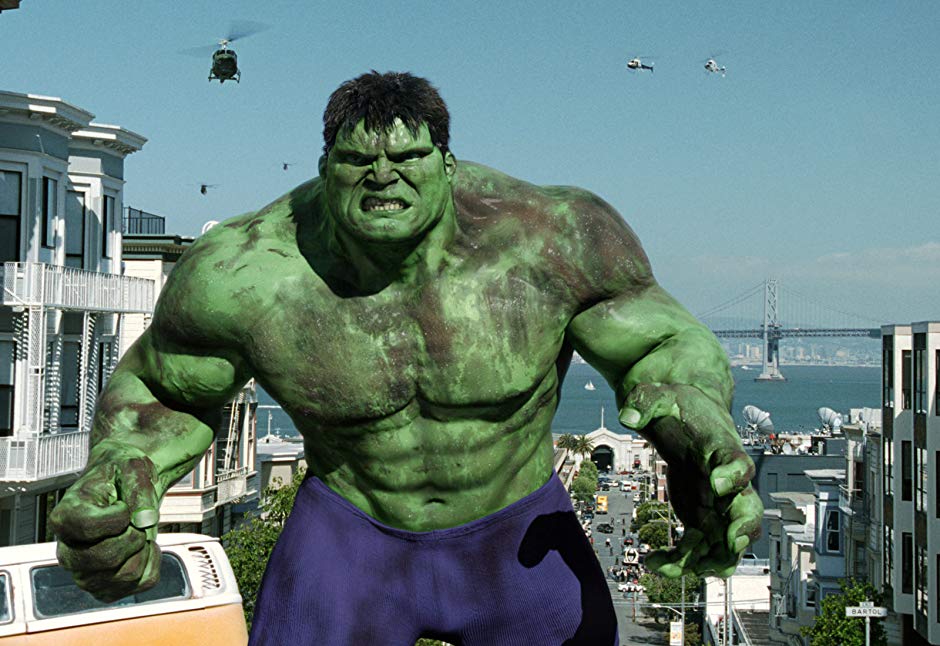 Mark Ruffalo plays the Hulk in the most recent Avengers movies. 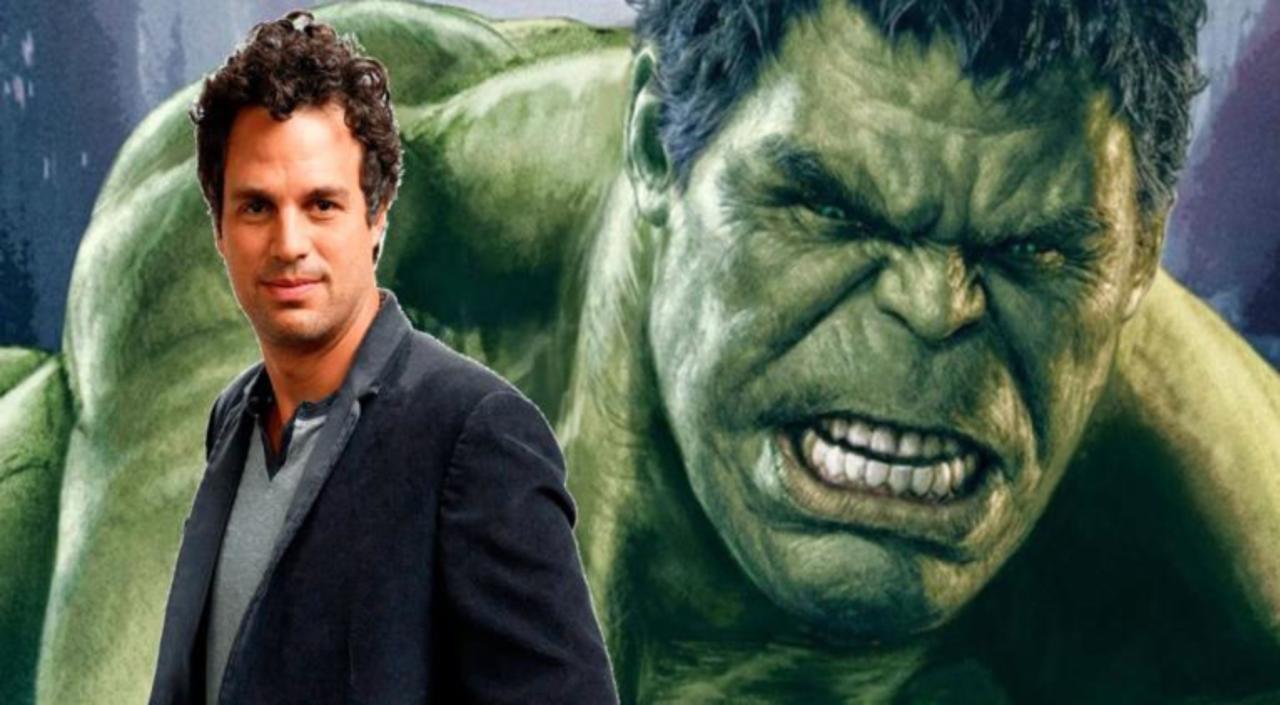 Mark Ruffalo as The Hulk.

Next week we will feature another classic from our collection, so stay tooned.