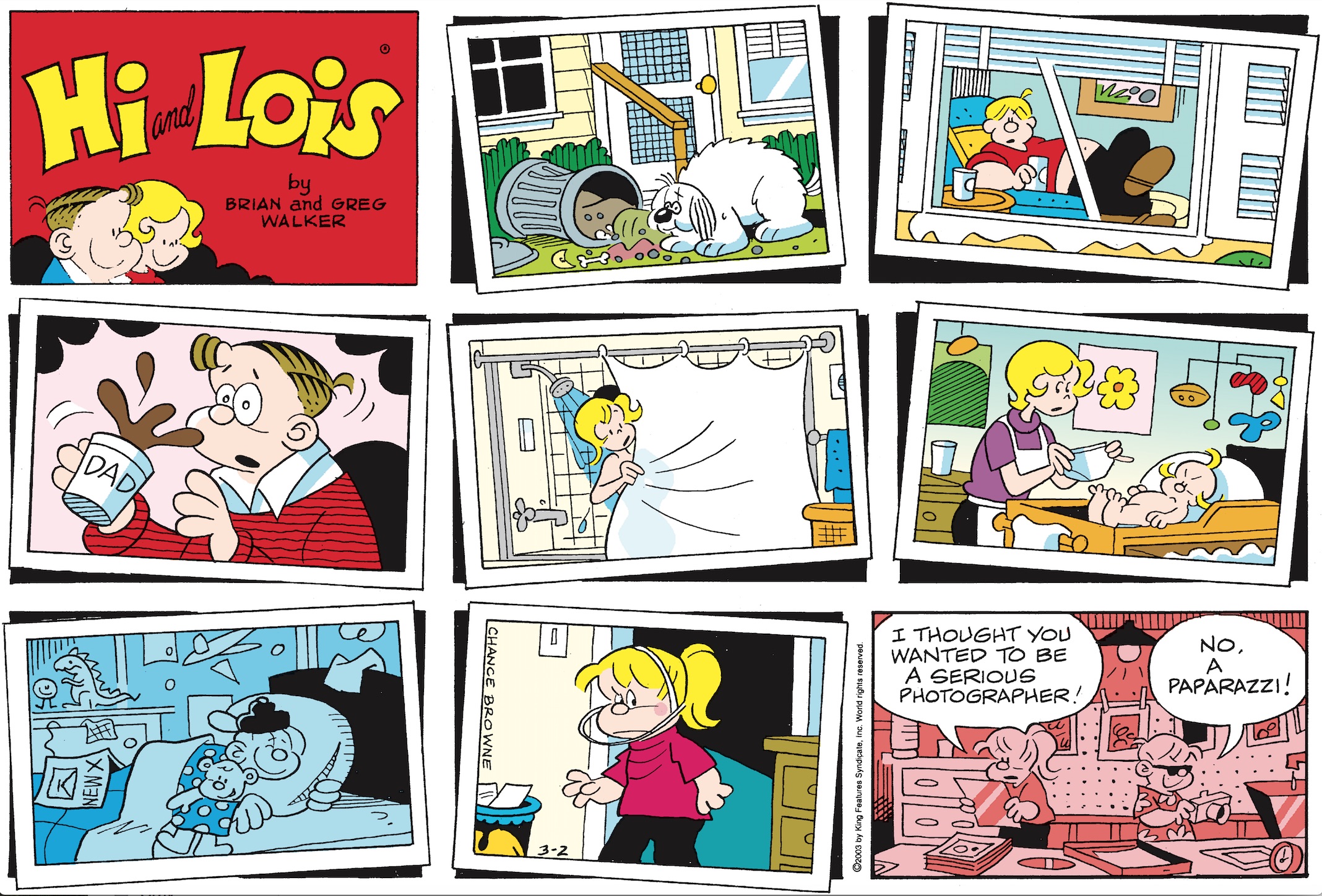 A “paparazzi” is a freelance photographer who takes pictures of famous people, such as athletes, entertainers, politicians, and other celebrities while they are trying to go about their private lives. Paparazzi make money by selling photographs to tabloid newspapers, gossip magazines and celebrity TV shows.

The term can be traced back to the 1960 film La Dolce Vita directed by Federico Fellini. A news photographer in the movie named “Paparazzo” was played by Walter Santesso. Fellini took the name from an Italian dialect word that describes a particularly annoying noise, that of a buzzing mosquito. The best-known incident involving paparazzi was in 1997, when Diana, Princess of Wales and Dodi Fayed were killed in a limousine crash as their driver was trying to evade pursuing photographers.

It is hard to believe that fifteen years ago, when the Sunday page above was published,  film cameras and dark rooms were still familiar enough to be used in a gag.  Today digital photography has completely replaced traditional forms of picture taking and processing.

Check back next week for another episode from 2003 in our Timeline series.