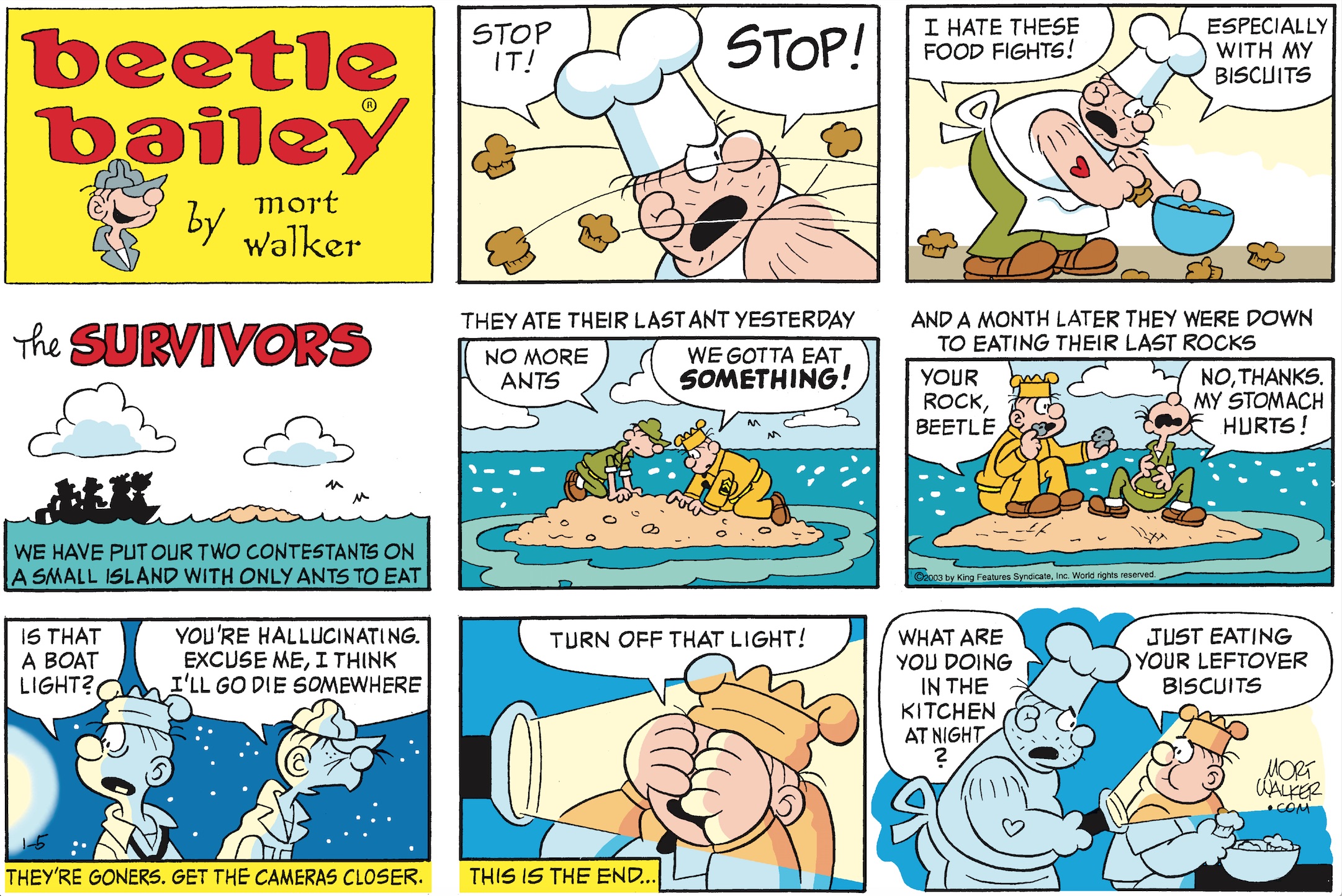 The Sunday page above is a spoof of the TV show, Survivor, which has been on the air for 18 years.  Although the panels are not drawn as “cumulous balloons” the ending suggests that it was just another one of Sarge’s late night dreams.

Based on the Swedish series, Expedition Robinson, which debuted in 1997, the American version started on May 31, 2000.  Hosted by Jeff Probst, the first series was “Survivor Borneo.” 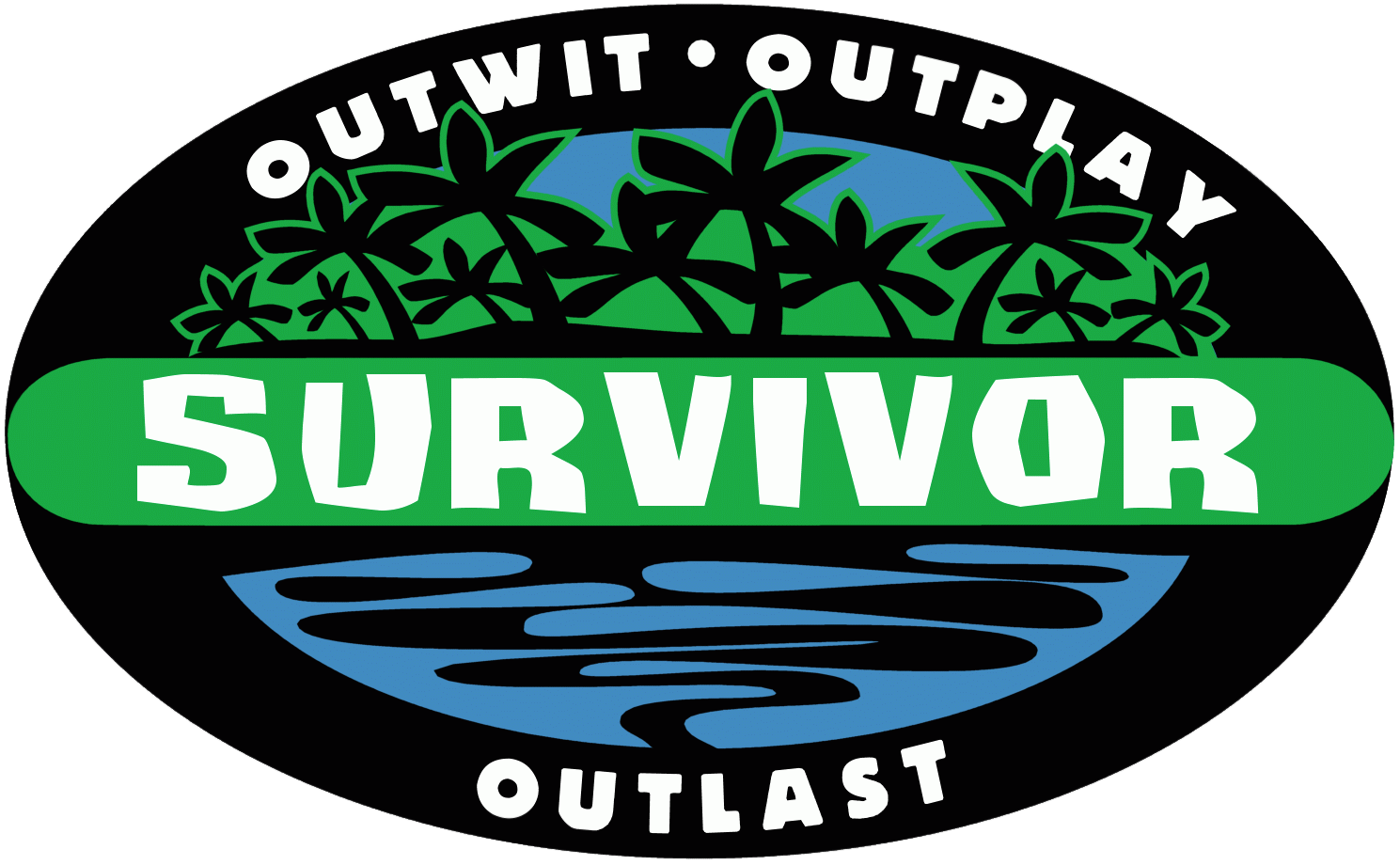 The show drops a group of strangers on an isolated locale, where they must find food, fire, and shelter to survive. The contestants compete in challenges for rewards and immunity from elimination. They are progressively ejected from the game when they are voted out by their fellow contestants. The last one remaining is given the title of “Sole Survivor” and is awarded the grand prize of $1,000,000. 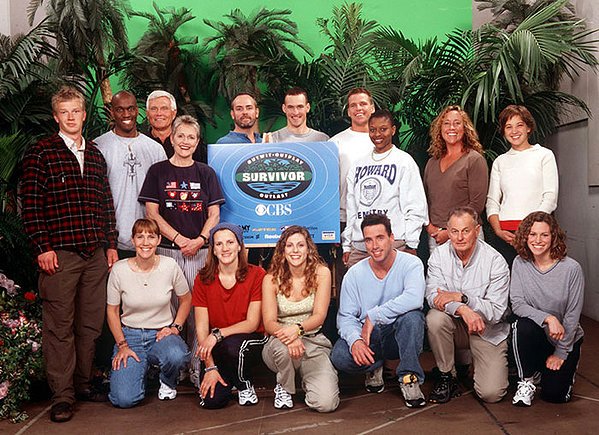 After 39 days of competition, corporate trainer Richard Hatch (shown in the photo in the front row, second from the right) was named the “Sole Survivor,” defeating whitewater rafting guide Kelly Wiglesworth in a 4–3 jury vote.

Survivor is considered to be a pioneer of American reality TV because it was the first highly-rated and profitable program and has been nominated for numerous Emmy Awards.  CBS recently renewed the series for its 37thand 38thseasons in 2018 and 2019.

Next week we will feature another classic episode from 2003 in our Timeline series.