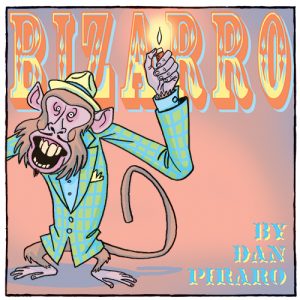 (To instigate the embigennation process, click the falling man.) 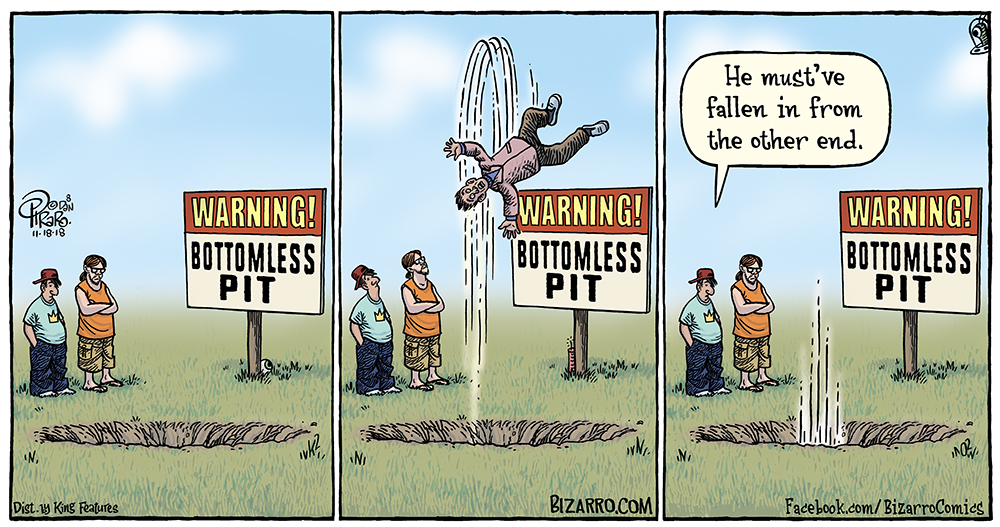 Bizarro is brought to you today by Too Much Yoga.

Like quicksand, bottomless pits are one of those things that explorers of uncharted territory are taught to look out for. I always appreciate it when people take the time to label such things but also wonder how the person who erected this sign knew the pit had no bottom.

With gags like this one, one or two well-meaning readers will often point out that, scientifically speaking, anyone falling into a tunnel that goes through the center of the Earth would be incinerated as they approached the core. (Hey, thanks for that useful info!)

But had I considered all of that while drawing this, it would not have been very funny. Here’s an example of what that would have looked like. 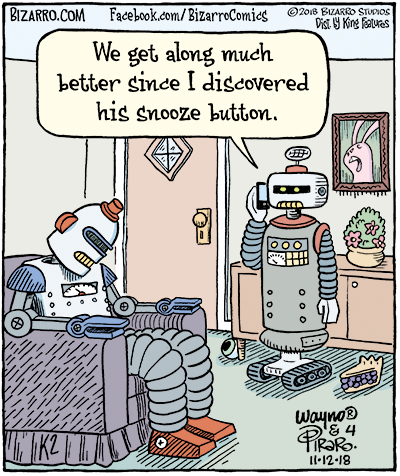 I have a reset button that I keep in a small pipe. Doesn’t work as well on robots but a couple of puffs on the Reset Pipe and it reboots my entire operating system quite nicely. 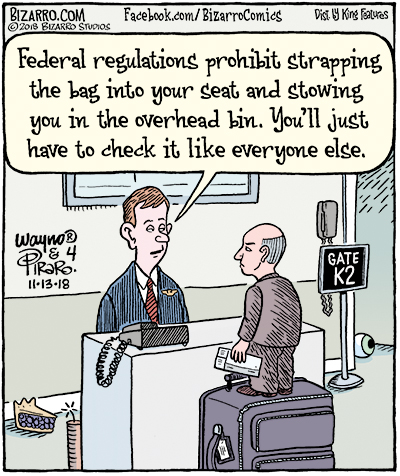 More than once, I’ve wondered if the overhead storage compartments might not be a better place to nap than those tiny airline seats. And I’ve long been a supporter of soundproof compartments for people with small children. 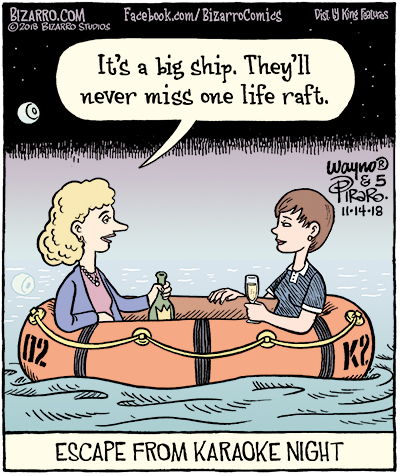 Neither Wayno nor I thought this cartoon would raise eyebrows, but we got a few questions about it this week. Over on his blog, Wayno tells a brief anecdote from his own life that inspired this cartoon and explains it, if you found yourself wondering. Pop over there and have a gander but don’t forget to come back.

As for me, my tolerance for karaoke can be predicted by the following equation: Amount of alcohol I’ve consumed + how awful other people’s singing is ÷ how many people are attempting songs by Journey. (I stopped believin’ a long time ago.) 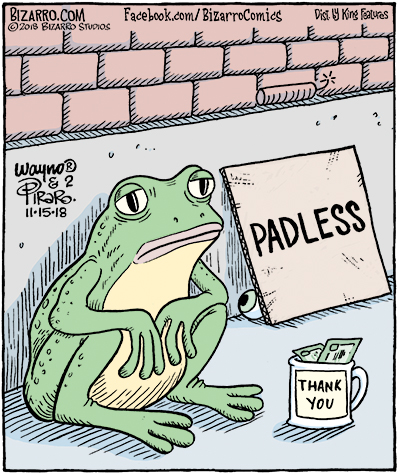 Quick question: do psychoactive toads ever get addicted to licking themselves? 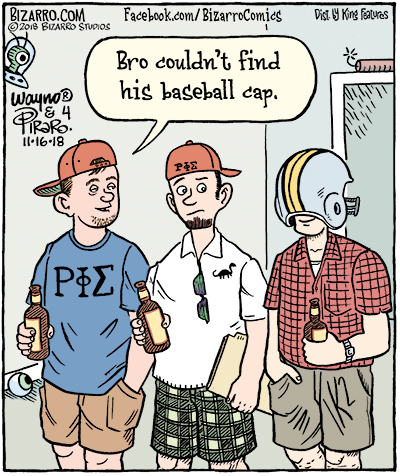 I’m a proponent of labeling all headwear with instructions for use. 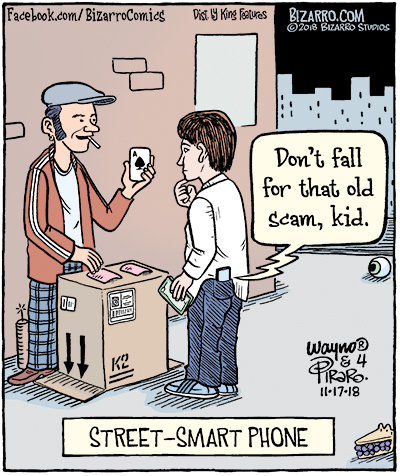 The first thing that phone should be telling this kid is not to leave it sticking out of his back pocket. #SoonToBeSomeoneElsesSmartPhone

That’s the rundown for this week, Jazz Pickles. We hope you enjoyed these stupid drawings and also that you’ll help support our efforts by snagging some holiday gifts for your friends, family, and enemies at our shop or one of the other links below!