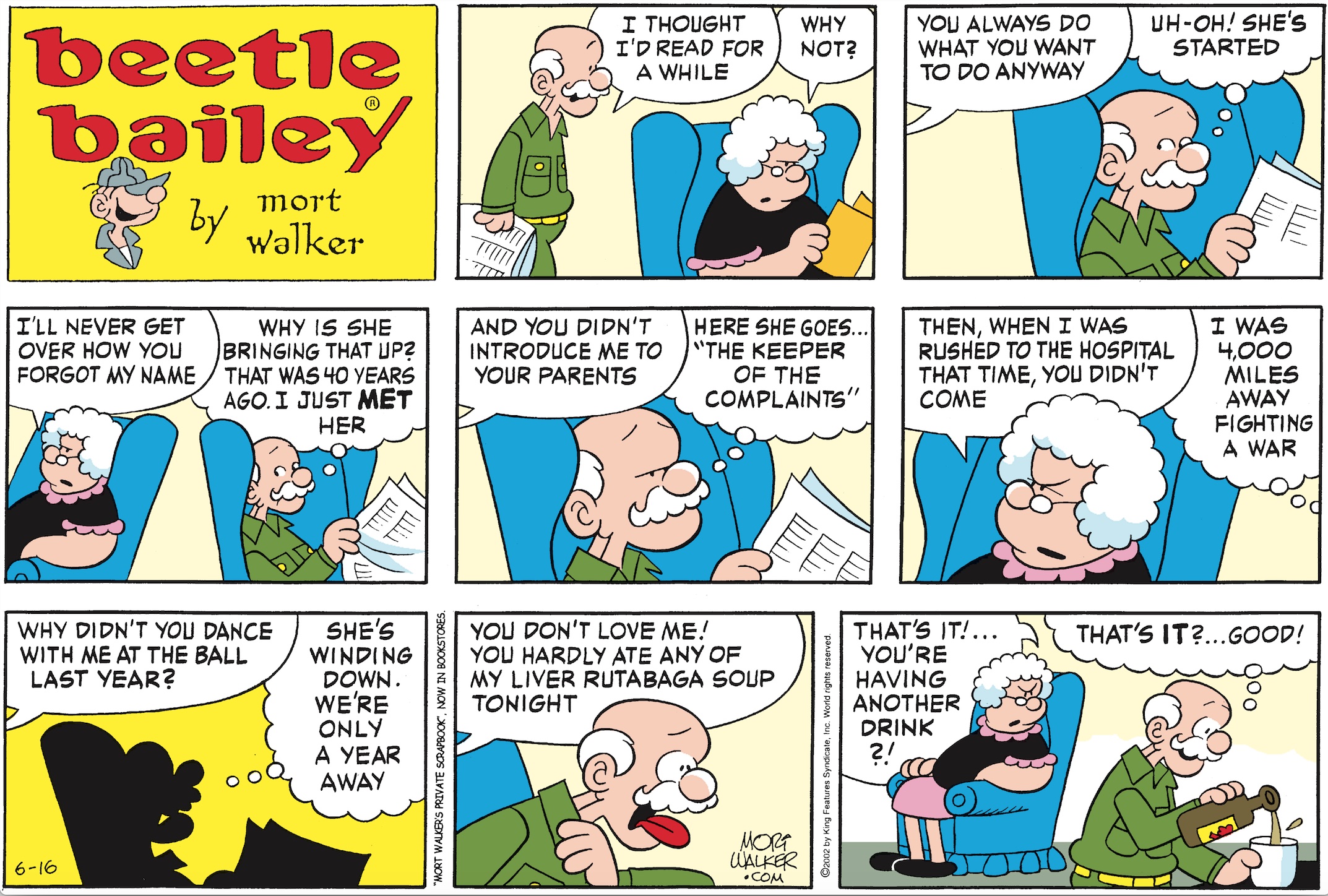 General Halftrack’s wife is named Martha. She has been a regular character in the strip for six decades.  As the “keeper of complaints” she never forgets a slight.

Here is one of her earliest appearances.

Soon after she was beginning to show her pushy personality.

The idea of what might happen if women ran the army was further explored in a Sunday page that ran the following month.

In this drawing from a 1962 model sheet, Martha is looking a bit more glamorous.

We continue to feature Mrs. Halftrack in the strip today.   The General may be in charge of Camp Swampy but at home she wears the pants in the family.

Our Timeline series in 2002 will continue next week so stay tooned.