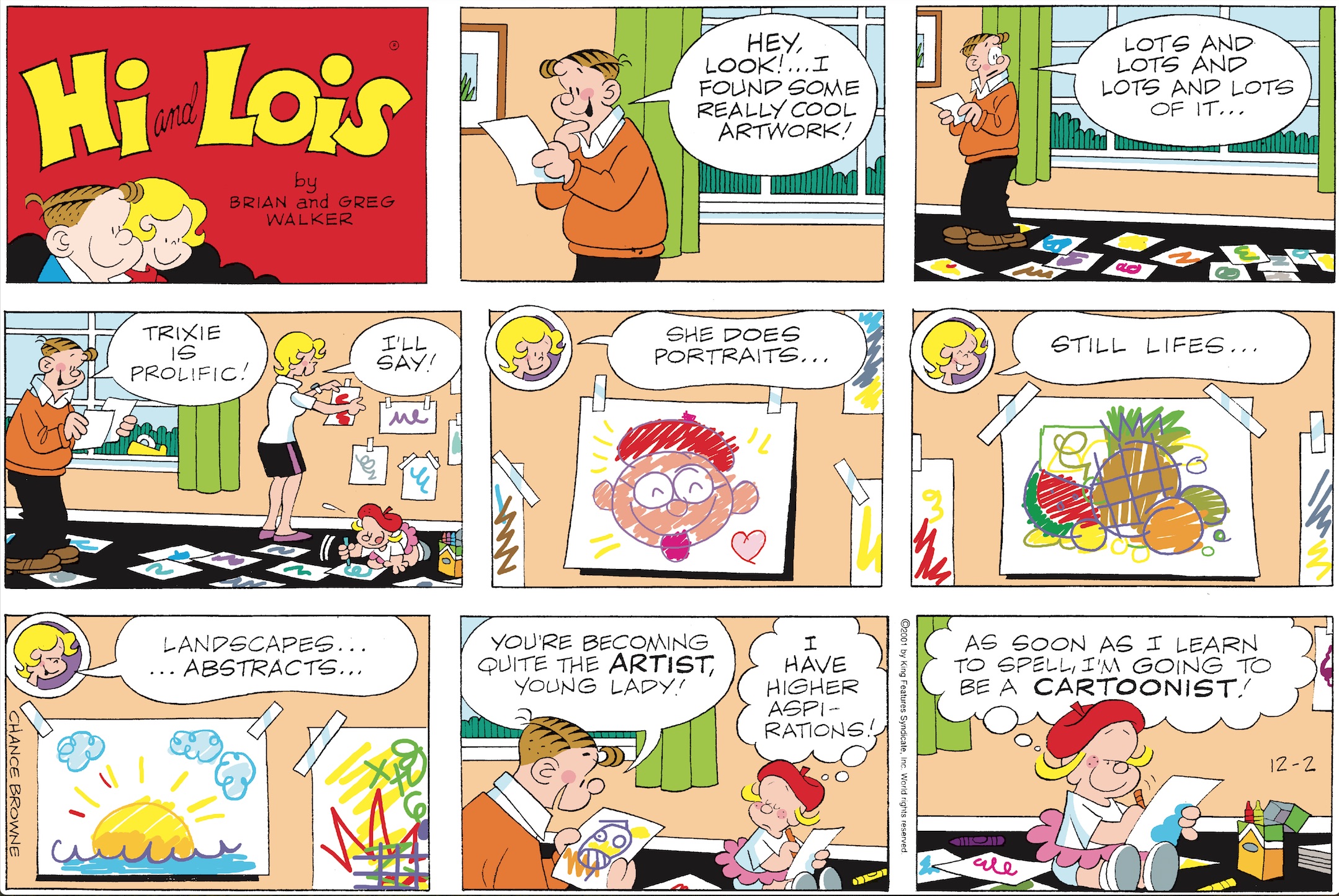 The Sunday page above features a tribute to one of my favorite cartoonists – Fred Lasswell.  Chance Browne drew a caricature of him in the middle panel and Trixie has a red beret just like the one Uncle Fred used to wear .

Here is his bio. 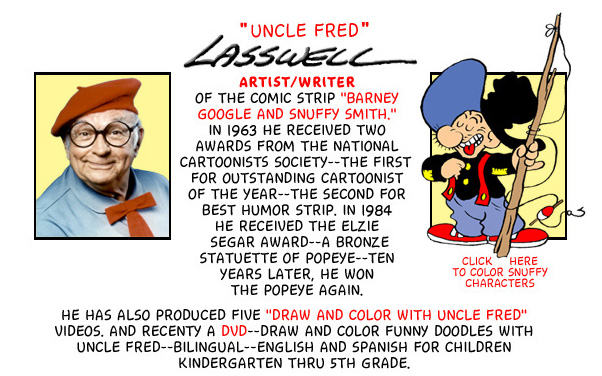 In addition to producing the comic strip Snuffy Smith, Lasswell developed a successful cartoon instruction program, “Draw and Color with Uncle Fred.”  In 1994, I worked with him on a book, Barney Google and Snuffy Smith – 75 Years of an American Legend and we became good friends.

He started sending my kids videotapes and discs so they could do his art lessons.  We would send the completed drawings to Fred and he would call the house to talk with them about their progress.  I would answer the phone and Fred would bark, “Put those kids on!”

Fred lived in Florida and when the International Museum of Cartoon Art opened in Boca Raton in 1996, my kids finally had a chance to meet Uncle Fred in person.  Here is a photo of David and Sarah with Uncle Fred after breakfast at the Boca Resort.  For them it was like meeting Santa Claus! 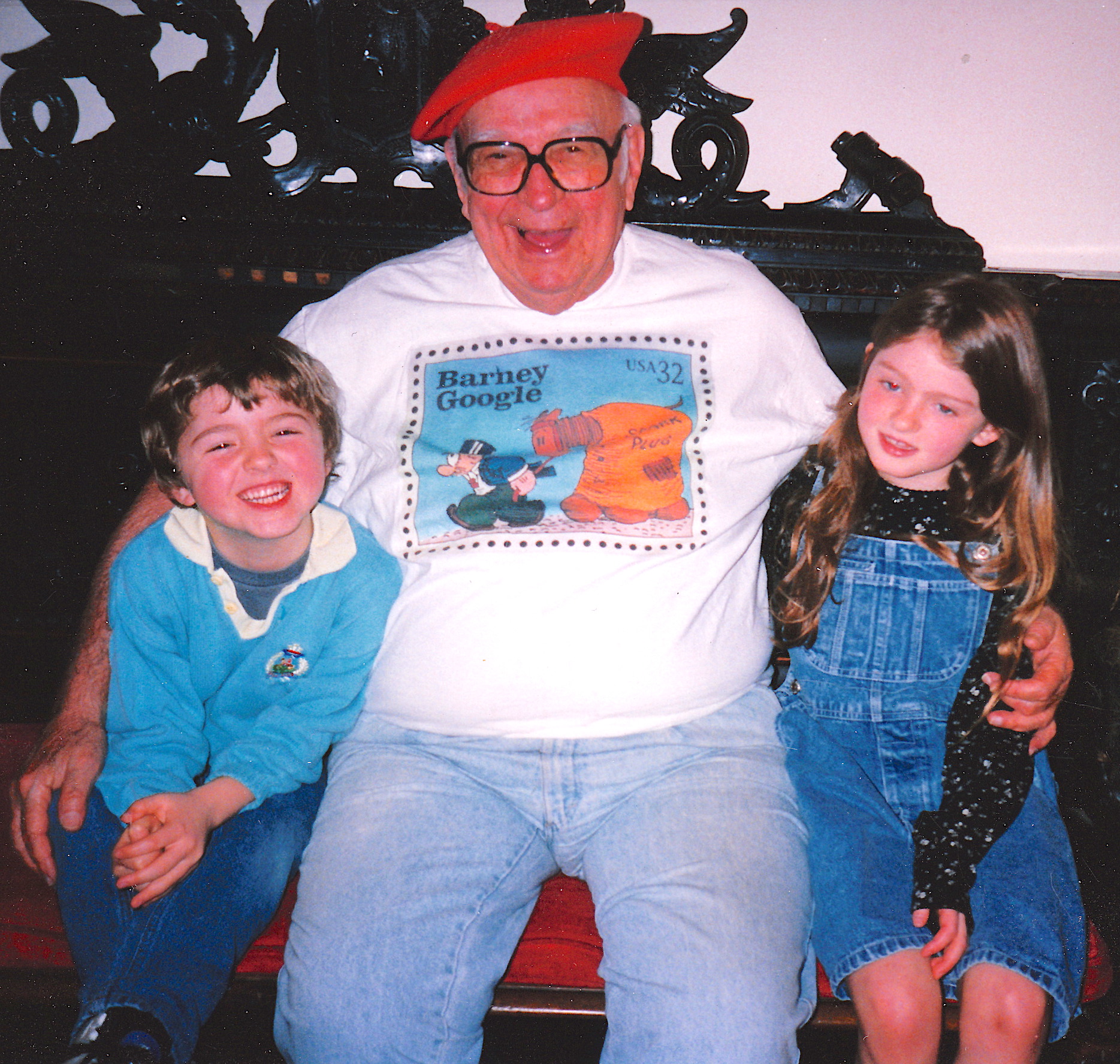 Fred passed away in 2001 and I still miss him. When my father died in January 2018, David Folkman sent me this picture of Mort and Fred.  I used the smiling image of my father for the cover of the program for his memorial service.  It is how I will always  remember both of them. 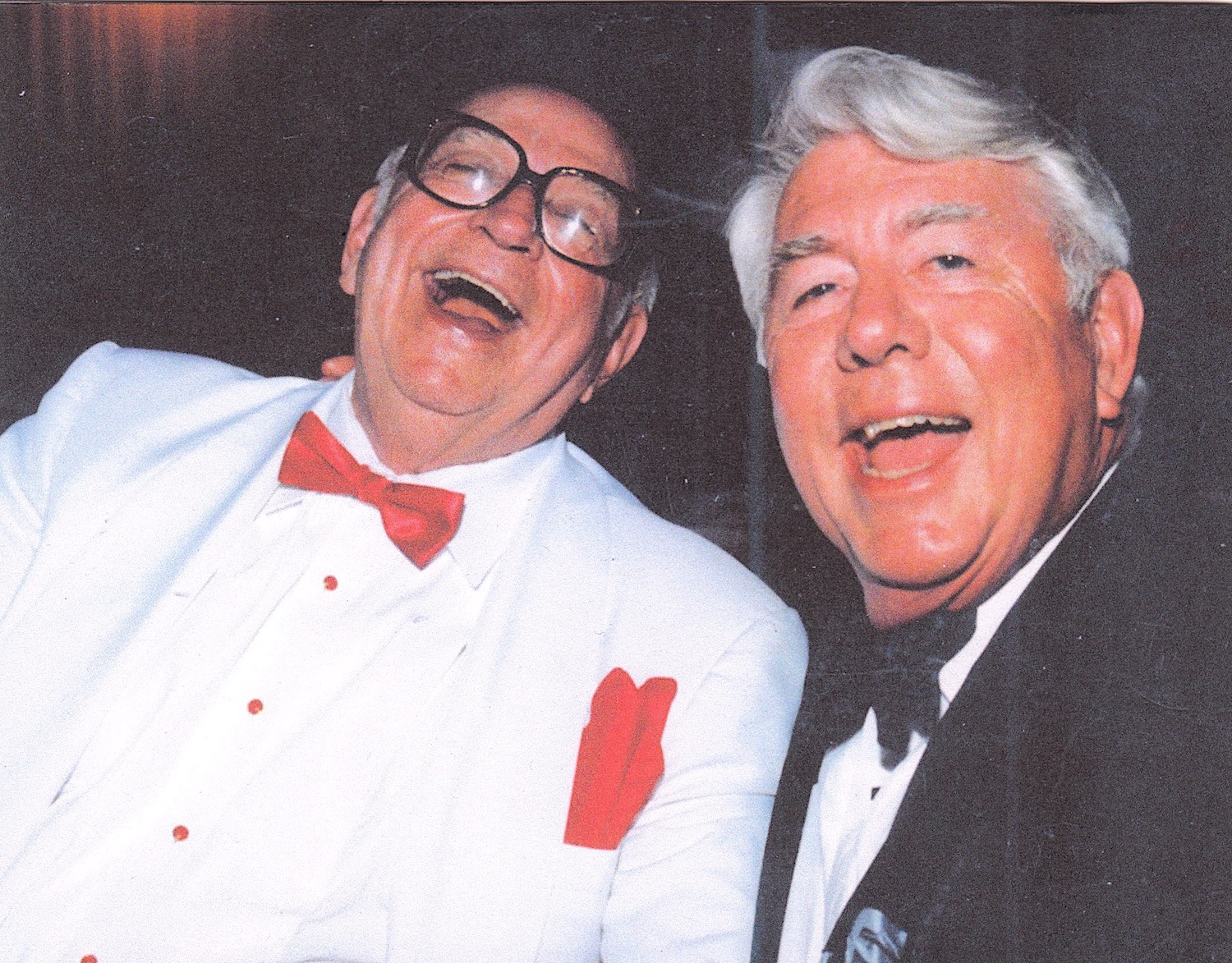 This is the last installment from 2001 in our Timeline series. Next week we will continue with a classic episode from 2002.