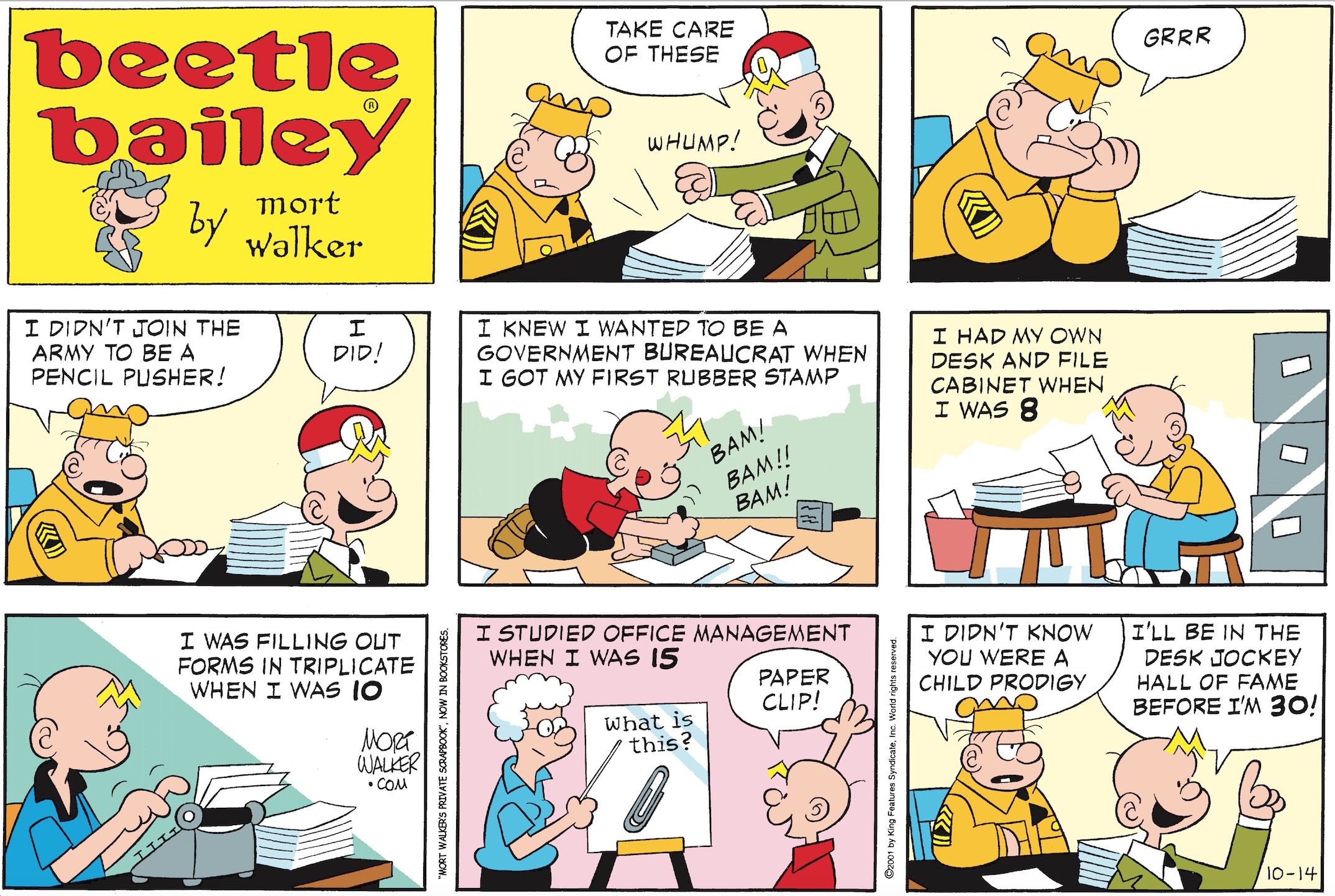 In the episode above we had a little fun imagining what the early years of Lt. Fuzz’s life might have been like. Only he would aspire to a place in the “Desk Jockey Hall of Fame.”

Fuzz is the character that was patterned after Mort Walker’s own role as an Army lieutenant in World War II.

Mort remembered, “It is a humorous situation to have a young, eager, newly-minted lieutenant arrive and start bossing around the old grizzled incumbent first sergeant.  I was 21 when I did it and I know who won…the sergeant.”

Over the course of the next few weeks, his character was established.

Next week out Timeline series will move on to 2002, so stay tooned.