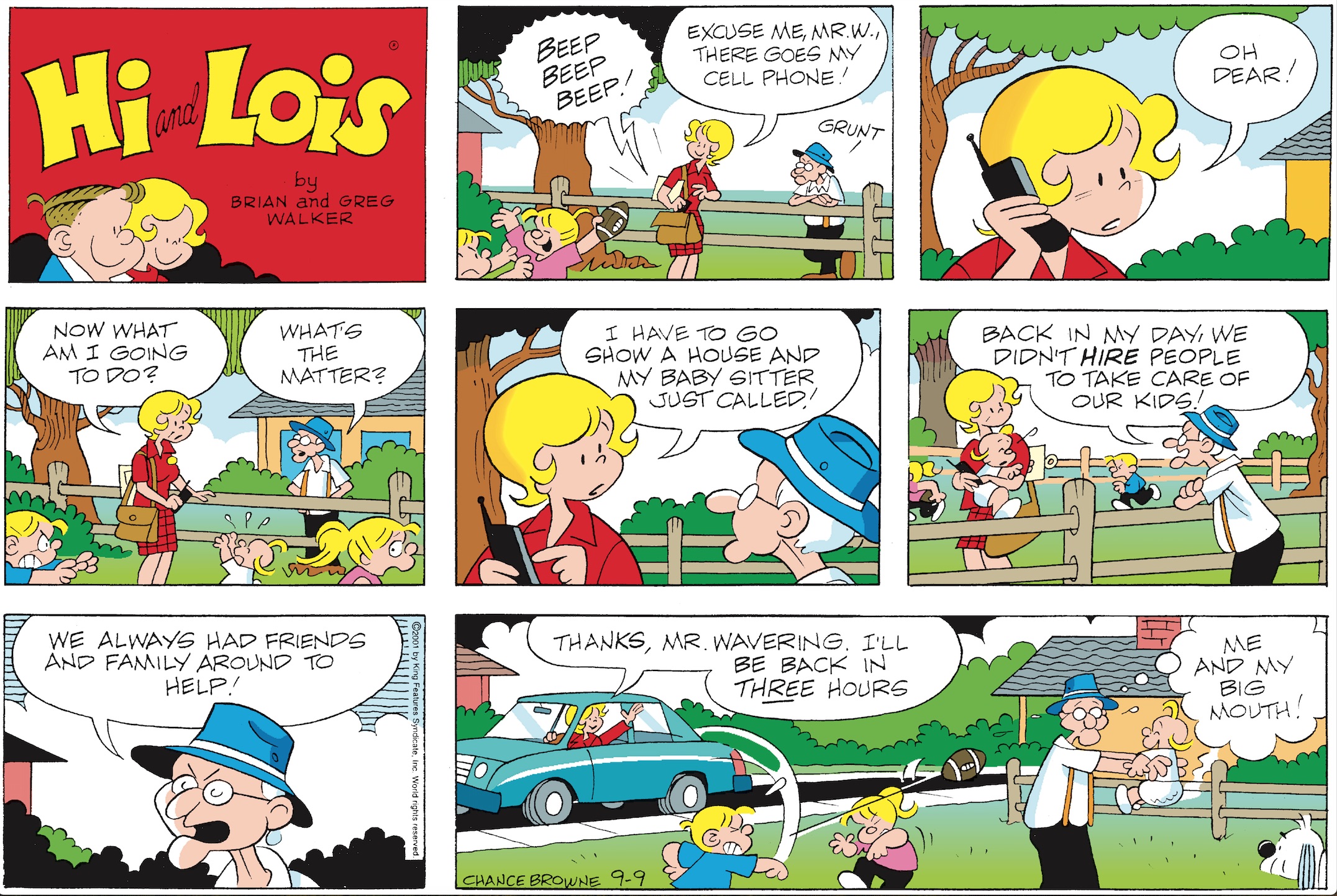 Sometime back in the 1990s we introduced a new neighbor in the strip. He was an elderly gentleman who lived by himself.  We often show him talking with Dot and Ditto.  They like to ask him what life was like back in the good old days.

Eventually we gave him a name – Mr. Wavering.  He looks a lot like Grandpa in The Tracy Twins,a monthly feature that Dik Browne drew for Boys’ Life magazine in the 1950s and 1960s.

Dicky and Nicky’s grandfather, who first appeared in January 1954, loved telling tall tales about his past exploits and long-lost relatives. Most of the plots revolved around clever schemes, often inspired by Grandpa’s stories, which inevitably backfired. Grandpa became an integral member of the cast.

In the Sunday page above, Mr. Wavering opens his big mouth and ends up babysitting for the Flagston kids.  “Back in my day” is a phrase he typically uses to start his reminisces.

We don’t feature Mr. Wavering very often but he’s a good part time player if the situation calls for a neighbor to step in and help or provide some elderly wisdom.

Next week we will continue our Timeline series in 2001, so stay tooned.