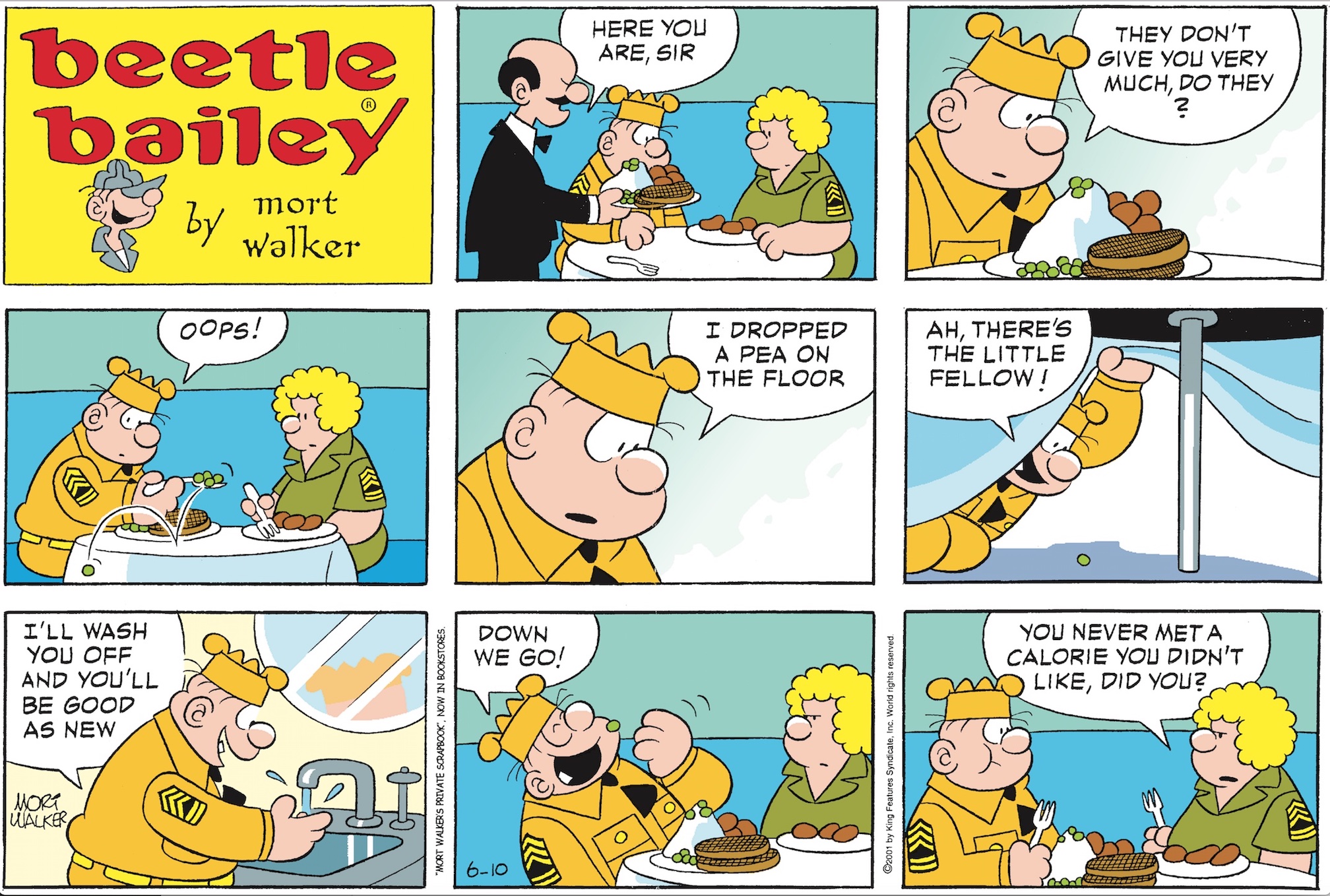 The Sunday page above features Sgt. Louise Lugg who first appeared in the strip in 1986.  Below is the week in which she made her debut.

She is a tough cookie who looks like she’ll provide Sarge with some competition.  She starts bossing him around immediately and in the third episode gives Beetle a beating.  The sequence also introduced her cat, Bella, who scares the hat off Otto’s head.

One aspect of Lugg’s character that developed over time is her desire to find a boyfriend and eventually get married. Sarge is the most likely candidate but he is extremely reluctant to commit to a relationship.  This provides some amusing tension.

Personally, I find Lugg to be at throwback character and have trouble thinking of situations to put her in.  A desperate, man-hungry female seems a little out of touch with society today.  Currently she and Private Blips are the only uniformed women in the cast. We are considering adding more.

Next week we will continue our Timeline series in 2001 so be sure to check back.