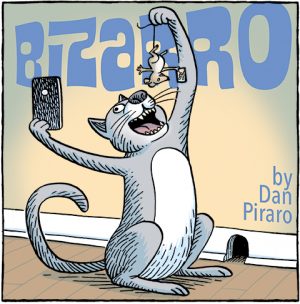 (Click any hairstyle in the cartoon below to experience the magic of embiggenation.) 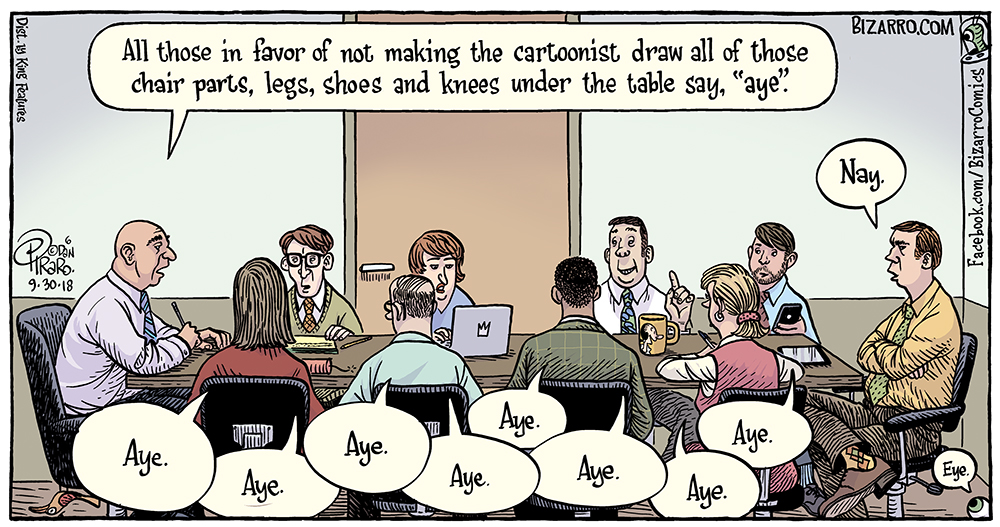 Bizarro is brought to you today by the Power of Suggestion.

I’d like to thank the eight people above for their help in getting this week’s cartoon in on deadline. I’ve nothing to say about the ninth guy other than that there’s one in every crowd who thinks there’s no problem and doesn’t want to help. The U.S. Senate is teeming with guys like that right now.

Here’s something: if tomorrow becomes October 1, as planned, it will be only 27 days until my first non-cartoon art exhibition! I’ve had paintings in group shows before but never shown on my own, as it were, so this is exciting. The reception for my show will be Saturday, Oct 27 in the afternoon sometime at the Chapel of Jimmy Ray Gallery, just minutes outside of San Miguel de Allende, Mexico. The gallery and grounds are worth seeing all by themselves even if you hate my art, so if you’re in the area, please come by and say hello! It’s free!

Below are a couple of the new watercolors I’ll be showing—click them to embiggenate. Each is approximately 15″ x 18″ and will be framed for the show.

Most of the paintings I’ll be showing will be for sale and archival prints of them will be available through my new fine art website, which isn’t finished yet but will be soon. Since moving to Mexico, I’ve begun signing my paintings “Diego Piraro” for fun and as a way to separate them from my cartoon career. It is also a tip of the beret to Diego Rivera and Frida Kahlo, both of whom I’ve long admired. 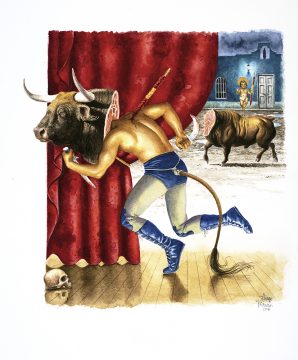 You can also see all of my fine art as it comes piping hot off the easel at my Instagram page @diegopiraro.

Hey, I know what let’s! Let’s check out what Wayno has been doing in the Cartoon Bunker this week… 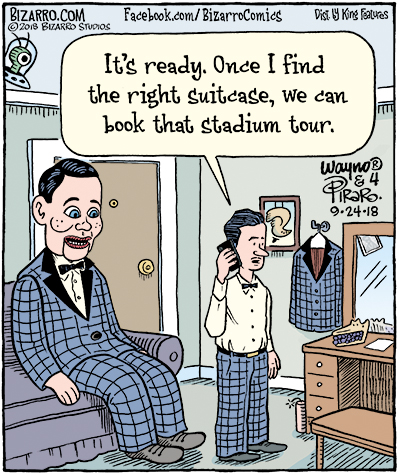 Later that week, this dude and his big dummy performed for the UN but didn’t get nearly as many laughs as the Cheeto Mussolini did.

That part about world leaders laughing at America’s molester in chief actually happened, by the way, and word on the street is that Fox News Channel edited out the laughter. I don’t watch the Propaganda Channel so I can’t say I witnessed it, but it certainly would be of no surprise to anyone. One way they keep uneducated viewers following him is by not reporting on the daily poopy pants mess he’s making of everything. 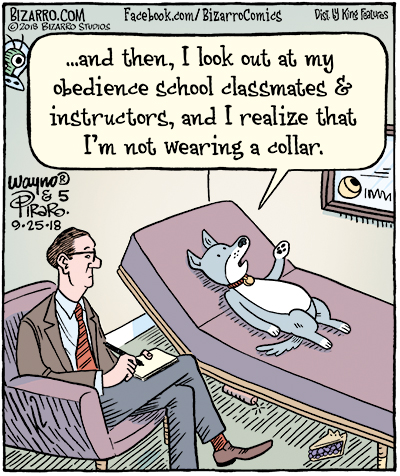 When I get stage fright, I always imagine the audience without collars. It works especially well if you’re performing in front of a gathering of S&M enthusiasts. 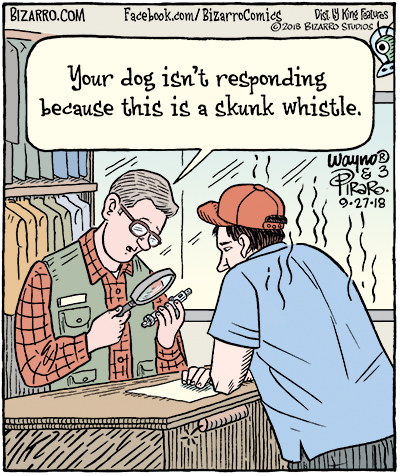 Maybe a little OxiClean will get those stink lines off your shirt. If that doesn’t work, try an eraser.

On a side note, if you’re like me and you enjoy things that don’t stink, check out Wayno’s band’s new CD. You can buy it or stream it for free. It’s the grooviest, daddio! 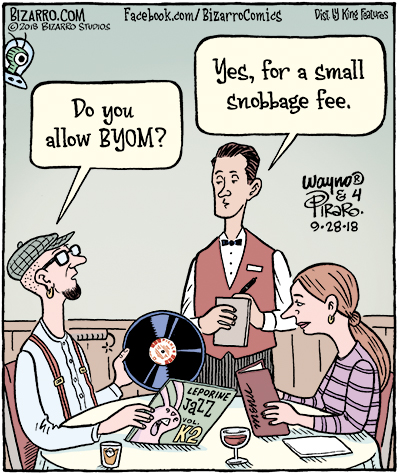 Next to Wayno’s band, The Red Beans & Rice Combo, my favorite kind of music is leporine jazz. 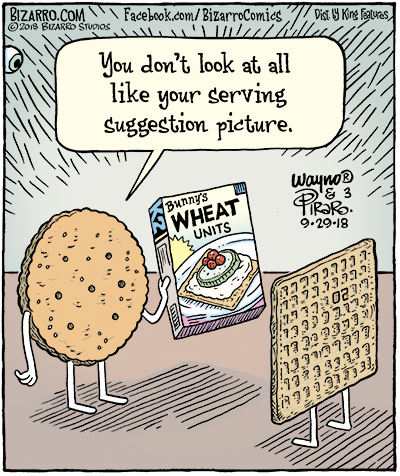 That’s the entire contents of the Cartoon Cracker Box this week, Jazz Pickles. Thanks for snacking along with us. Please consider supporting our efforts by shopping at the Bizarro Shop or dropping a few shekels into the Tip Jar. And don’t miss Wayno’s much less verbose weekly blog!

Until next week, be smart, be happy, be nice, and resist ignorance and fascism.