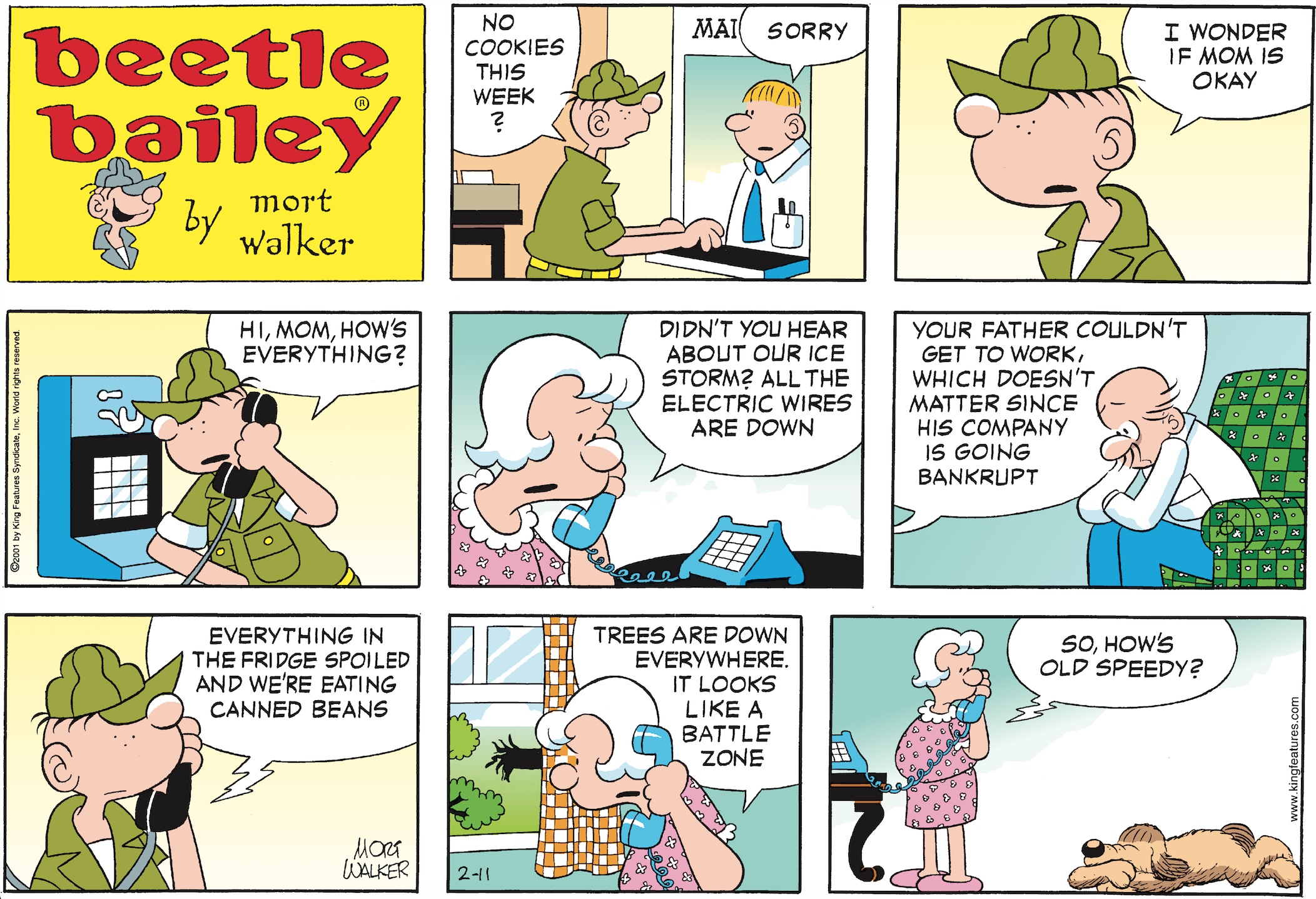 Beetle gets some news from home in the Sunday page above.  His mother tells him about an ice storm that has downed wires and trees.  His father is also having problems with his job. Interestingly, this is the only reference I know to the Bailey family’s dog, Speedy.

Beetle’s parents, Ma and Gurney Bailey, first appeared in the strip in March 1952 when he went home on his first furlough from the Army.  In the episode below, the family discovers that Beetle has just arrived.

In this scene, his mother tries to get him to clean up his room.

His father is a veteran of the First World War.

This is the final strip in the sequence when Beetle says goodbye to his parents and his brother Chigger.

Beetle’s sister Lois did not make her first appearance until two years later.

Next week we will feature another classic Sunday page from 2001 so be sure to check back.