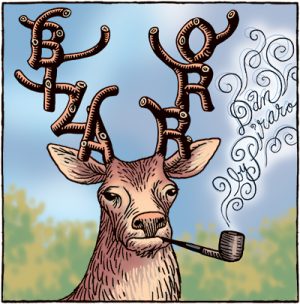 (To experience an embiggenated view of the cartoon below, click any dead thing.) 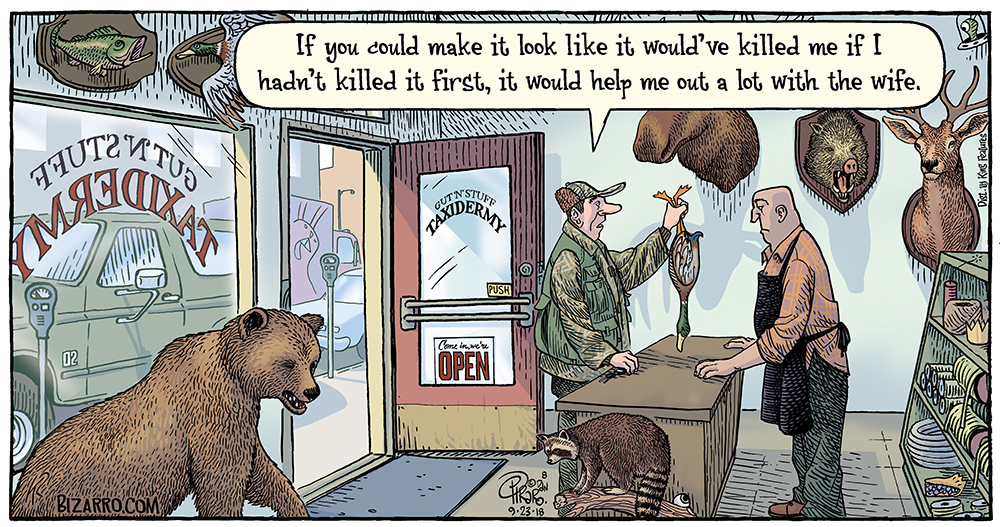 Bizarro is brought to you today by Trophies.

I have mixed emotions about hunting. Doubtless there is primal pleasure to be found in activities that our species has been engaging in for tens of thousands of years, and there is no denying that animals killed by hunters live vastly better, more natural lives than do the overwhelming majority of domesticated food animals. Still, it is hard for me not to be repulsed by killing for fun, which is what most hunters in modern societies are doing. (Hunting for survival, in my opinion, is entirely different.)

However, psychology studies suggest that human behavior is extremely subjective and under certain circumstances, anyone can and will do pretty much anything; there is no such thing as a person who “would never do that”. We think we wouldn’t but apparently, in certain situations, we would. Ethics are highly situational and all of us are to some degree products of our culture and biology, whether we like it or not.

That’s not to say some of us don’t grow up to deny our upbringing, culture, religion, family, etc. Of course we do.

I normally try to make my opening paragraphs humorous in some way but today I have failed miserably. Perhaps it is because just last night, I returned from a week of visiting my family in the Oklahoma town where I grew up. The culture whiplash between there and the place I ended up (on the planet and in my life) is akin to time travel. My head is still spinning.

Of course, whether I’d grown up in there or not, a visit to Oklahoma can make any thinking person’s head spin these days. The Republicans have been solely in charge there for decades, and the state’s ranking in key categories has continued to plummet. Out of 50, they currently rank #48 in health care, #41 in employment, #39 in education, #39 in economic opportunity, and have the second highest incarceration rate in the United States. When will they realize the Republican Party isn’t working for them?

Perhaps checking in to see what my partner, Wayno was doing in his Cartoon Canoe last week will be an amusing diversion… 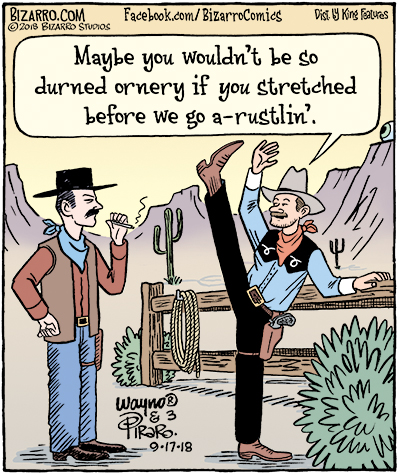 As someone calling himself Luke Williams said of this comic on Wayno’s FB page, “Git along little yogis.”  I can’t think of anything better than that. 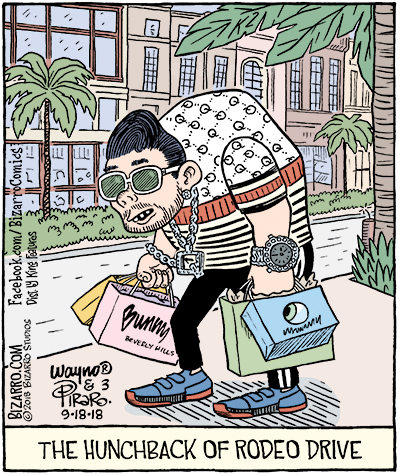 Having lived near Hollywood for a time, my guess is the hunchback was achieved through plastic surgery.  Either that, or he’s just shoplifted a bunch of Prada shoes and handbags. 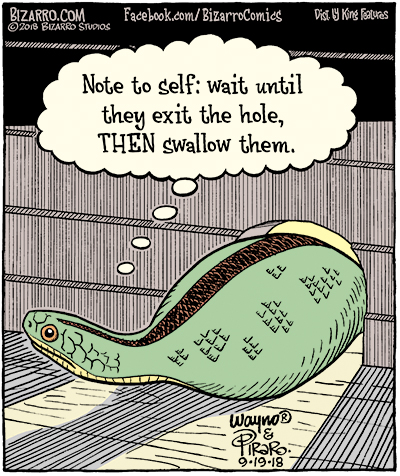 My cousin Carl had this problem at a McDonalds once. It was the last time he doubled that order and biggied those fries. 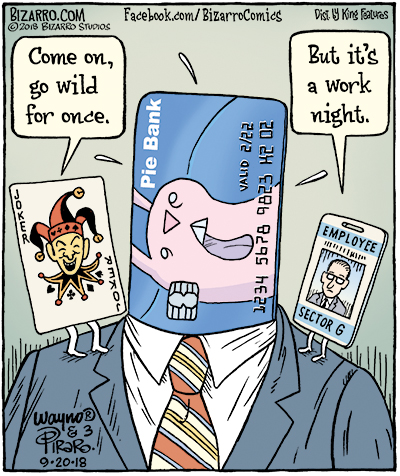 This is a super weird idea that I suspect Wayno got when he noticed I dress my credit cards in tiny suits. Not unlike us when we go through airport security, my cards have to get completely undressed to be approved. 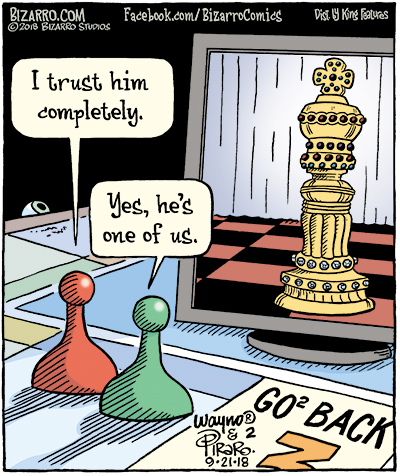 Wayno and I were disappointed that we didn’t get any complaints about the political message behind this one, but we figure that anyone still supporting the Cheeto Mussolini at this point probably didn’t understand it. 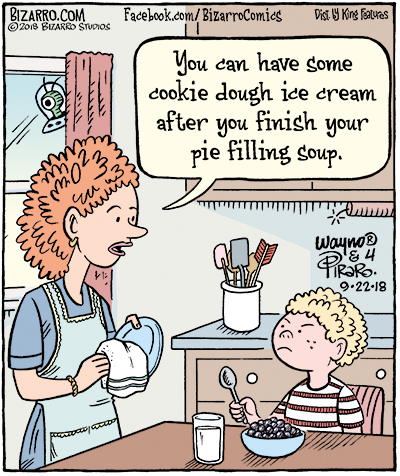 The typical modern American diet is leading to an obesity epidemic and they’re doing their best to spread those methods to other countries around the world. Yay for America! 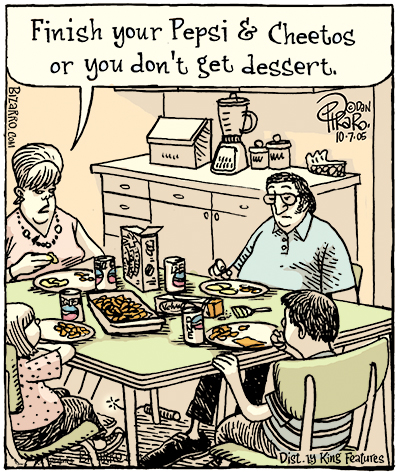 Don’t miss Wayno’s much less verbose weekly blog post in which he fills in some of the blanks I’ve left here, PLUS another of his interesting tidbits about musical oddities from bygone days!

That’s our cartoon journey for this week, Jazz Pickles. Thanks so much for coming along. If you’ve not been to our shop lately, we added some new stuff so check it out. All of us at Rancho Bizarro (Olive Oyl, the K2 (Krapuzar and Krelspeth) and me) speak of you around the campfire in reverent tones each night.

Until next week, be smart, be happy, be nice, and resist ignorance and fascism.