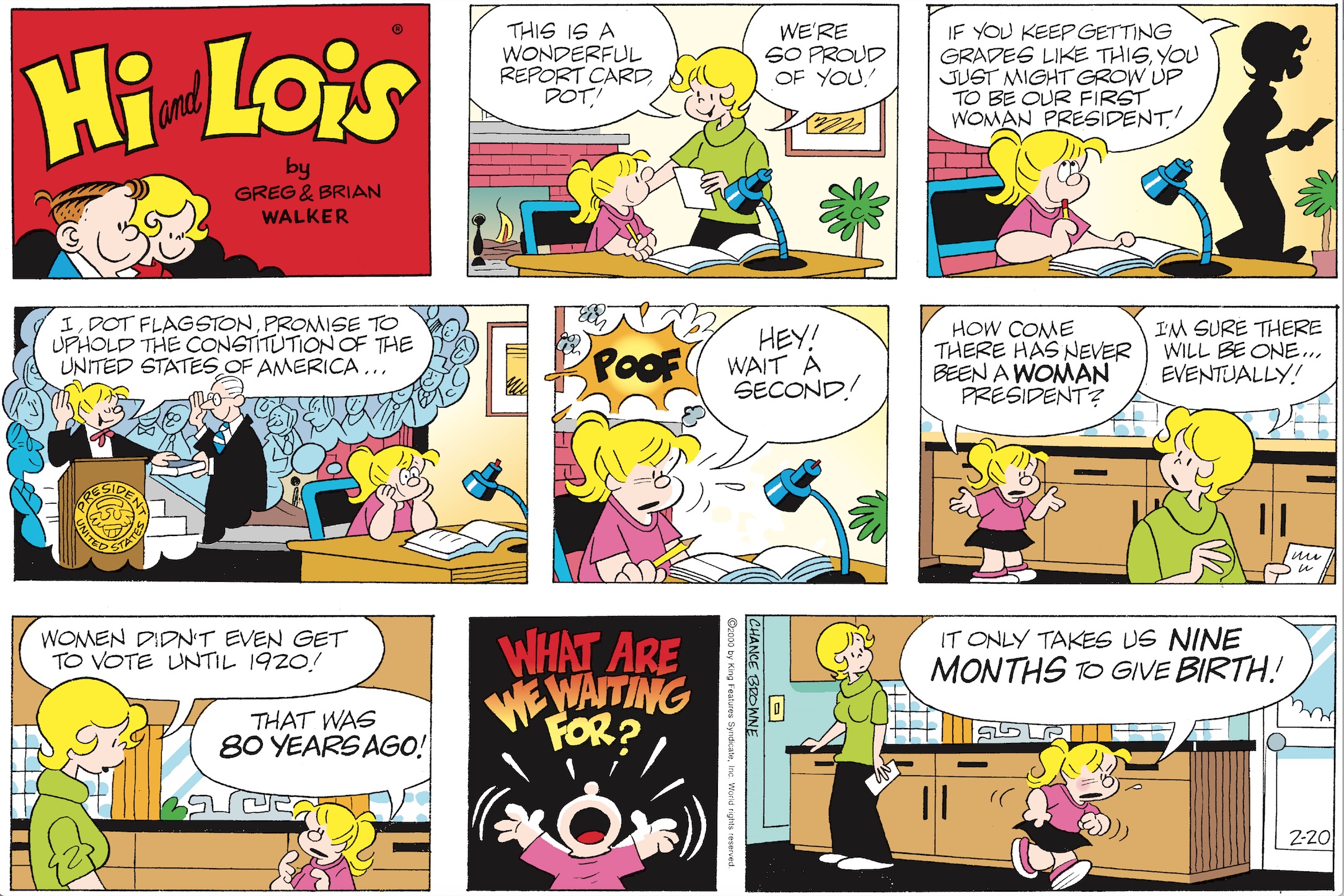 We don’t do a lot of political commentary in Hi and Lois.  Readers look to our strip for an escape from the news of the day.  But in the episode above, we imagined a future for Dot in politics.

This makes perfect sense. She is a good student and very ambitious.  Why couldn’t she dream of becoming President of the United States? This episode ran sixteen years before Hilary Clinton’s unsuccessful run for the White House.  Due to the outcome of that election, the set-up is still timely.  We have yet to have a woman president in the United States.

In the upcoming mid-term elections there are more women running for office, for both national and local positions, than ever before.  It will soon be 100 years since women got the vote and things are finally changing.

By the time Dot is old enough to consider a career in politics, the gender balance in government should be much better.  She will have a good chance at getting nominated and winning an election.  Hopefully, we will have had a woman president by then.

Next week we will feature the final selection from 2000 in our Timeline series, so be sure to check back.