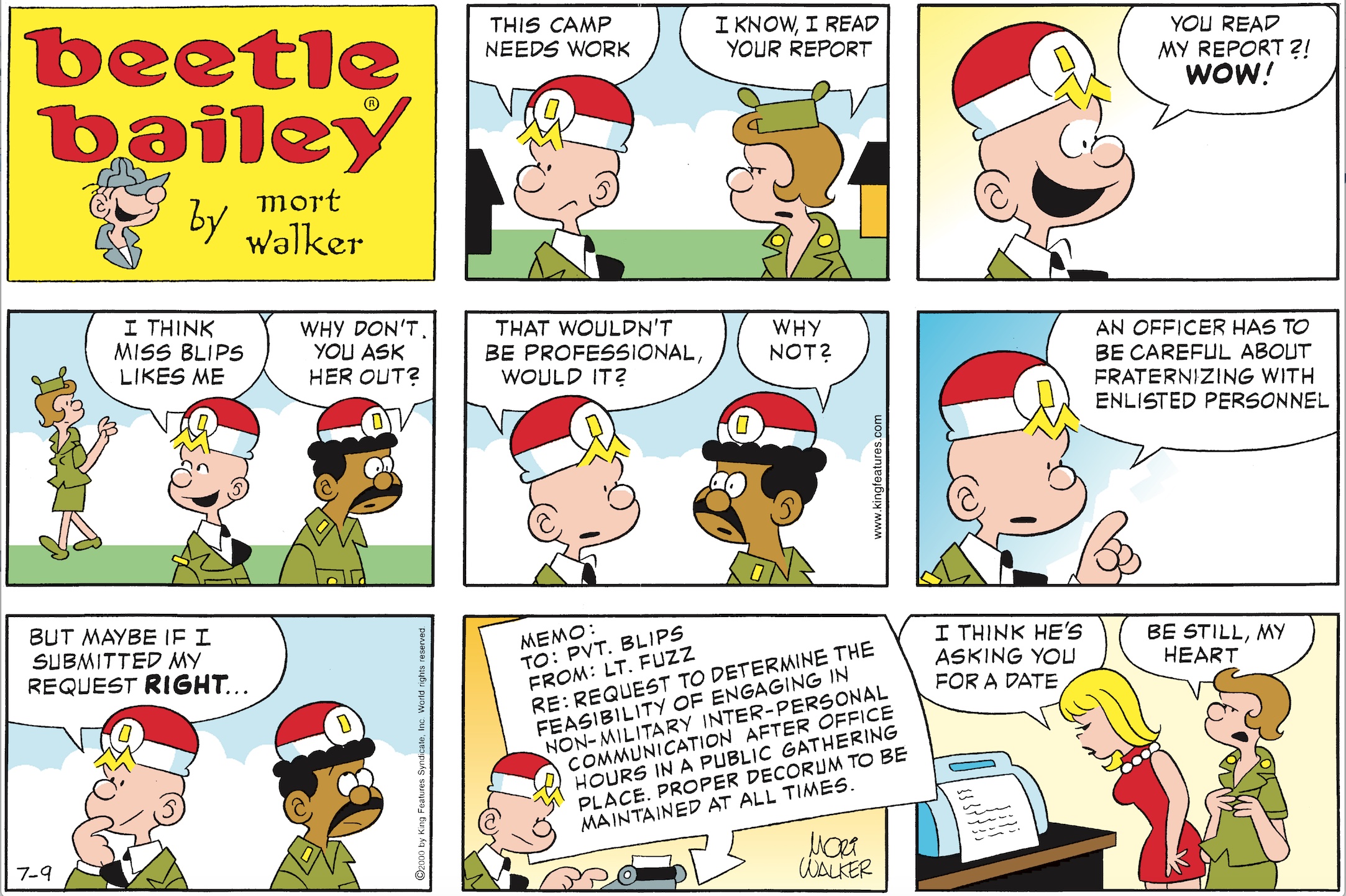 In the previous post we took a look at an episode that attempted to explain the attraction between Miss Buxley and Beetle Bailey.  The Sunday page above suggests that her co-worker Miss Blips might also be the subject of romantic attention.  Lt. Fuzz, a fastidious perfectionist, is the most likely character in Camp Swampy who might be interested in asking Miss Blips out on a date.  Of course his invitation follows strict army protocol.

Miss Buxley made her debut on November 17, 1971 as a temporary replacement for Miss Blips, which was documented here:

Miss Buxley did not appear regularly until the following year.  This strip is the first time Miss Buxley and Miss Blips are shown in the office together.

Blips does not have as active a social life as Buxley, so she likes to hear about Buxley’s romantic adventures.  She also complains that she does more than her share of the work around the office. Blips and Buxley have very different personalities as the Sunday page below demonstrates. 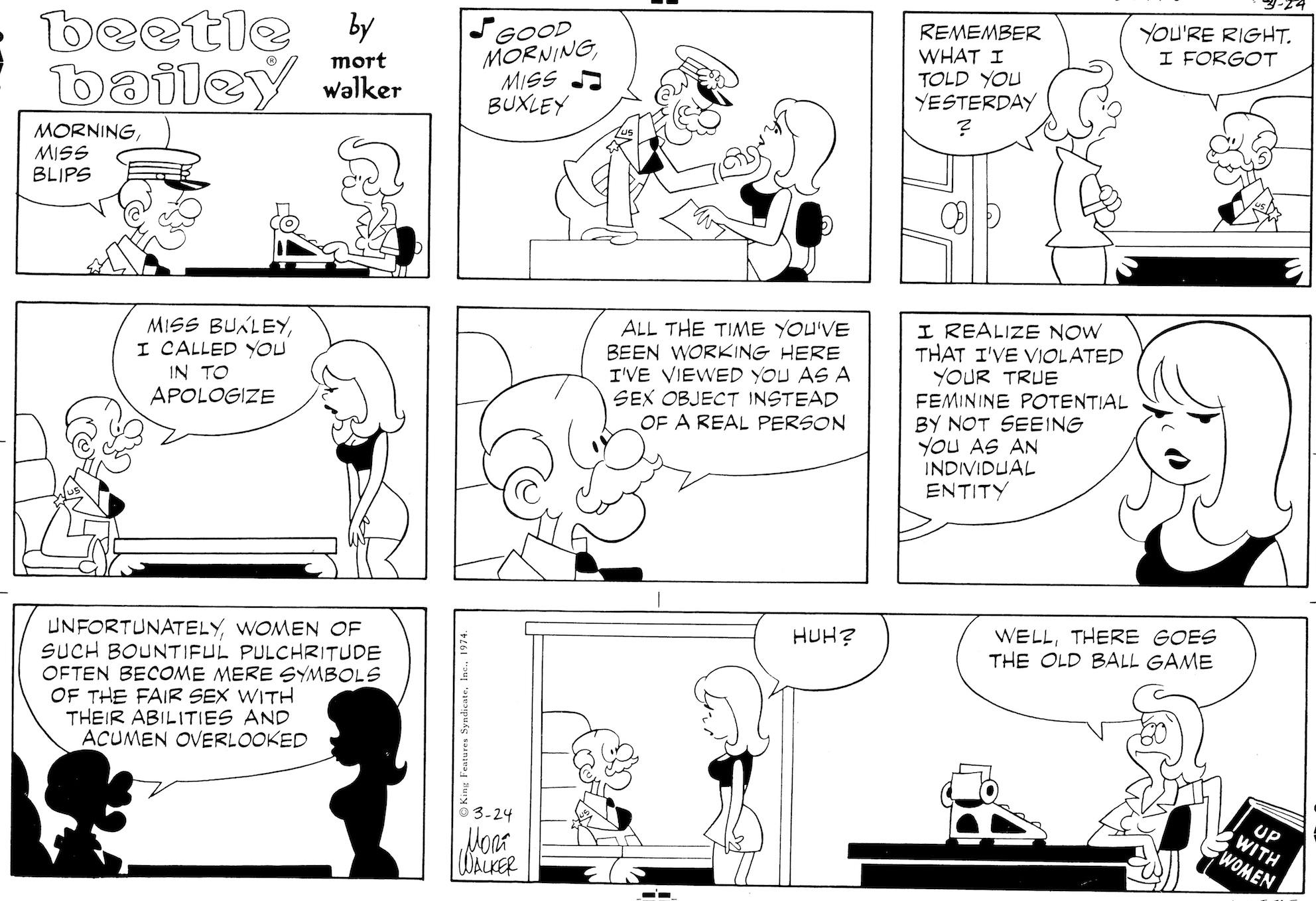 Miss Buxley has evolved considerably since this strip was published.  She is now smarter and more liberated.  Miss Blips hasn’t changed much however.

Next week we will feature another classic Sunday page from 2000 in our Timeline series.