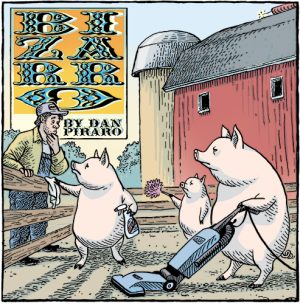 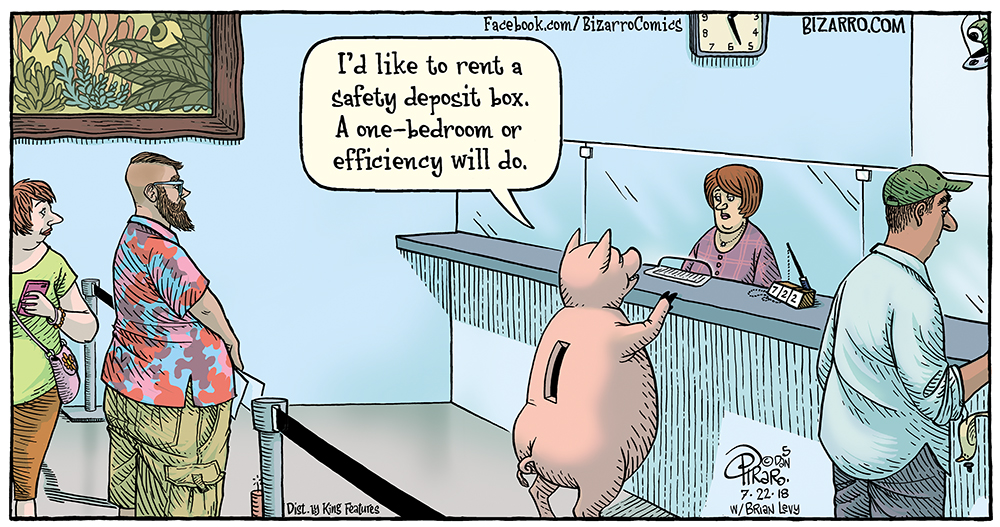 Bizarro is brought to you today by Best Pig Tattoo.

A longtime Bizarro Jazz Pickle and occasional contributor who calls himself Brian Levy sent me an idea about a piggy bank talking to a banker about savings and it triggered this idea. Thanks, pal!

It’s been years since I’ve been any further inside a real bank than the ATM in the foyer. But it isn’t just the convenience of online and ATM banking that has kept me away; the last time I was in a bank, somebody took my picture without asking and posted it on the Interwebs. I’m a fairly private person who doesn’t appreciate that kind of thing. I still have the photo, though.

In other news that has not much to do with cartoons, I’m preparing for my first show of fine art this October in a gallery here where I live in Mexico. I’ve been working on a series of surreal luchador paintings and I just finished the one below yesterday.  I’ll be selling the original paintings at the show but I’ll also be offering archival prints of some of them online. These days, artists have to try a multitude of angles to make a living. 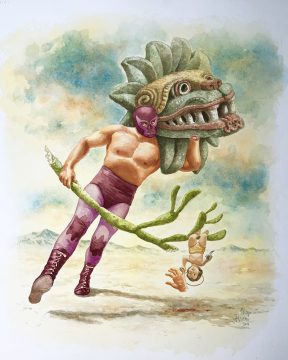 If you want to see what else I’ve been doing in the non-cartoon art arena, pop by my Instagram page: @diegopiraro.  To provide some context for this composition, that stone carving on the luchador’s shoulder is Quetzalcoatl, one of the gods that the Spanish conquistadors made the Mesoamericans forsake for their own version of salvation. 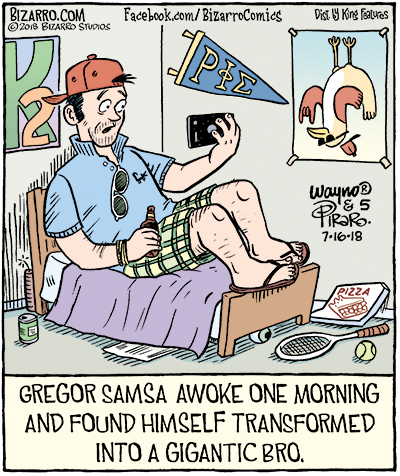 If you don’t get this cartoon, pop over to your local university and get a degree in German language Bohemian Jewish literature of the Austro-Hungarian Empire. If you do get it, consider this: Just one of the innumerable reasons I prefer insects over bros is that you can step on them and they won’t sue you. 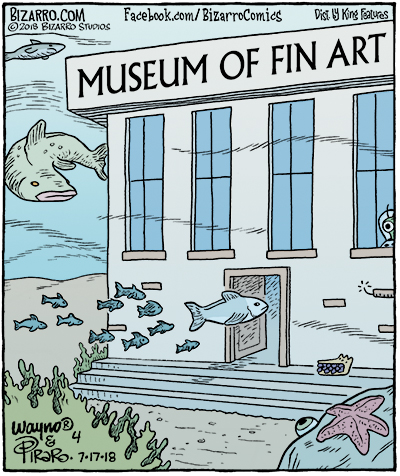 When this was posted on my Bizarro Instagram account, I cringed to think of all the fish puns that would be left in the comments section. My cringing was not in vain, cod knows.

Over on Wayno’s weekly blog post, he included some sketches of this one and a story about how it took shape. He’s also got a couple of great Frank Zappa things including a picture of one of my favorite things he ever did which involved an appearance on The Monkees TV show. (Link is at the end of this post.) 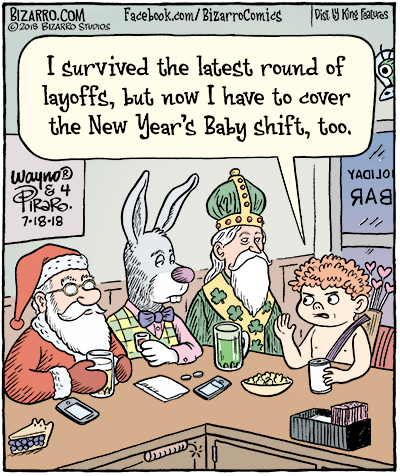 I prayed that I would receive some hate mail complaining that this cartoon was encouraging toddler alcohol consumption, but as of this post, I’ve seen nothing. I don’t get as much idiotic hate mail as I used to, probably because since the Apricot Satan has been in charge of dismantling democracy in the free world, I’ve chased away a lot of my lower-IQ readers. 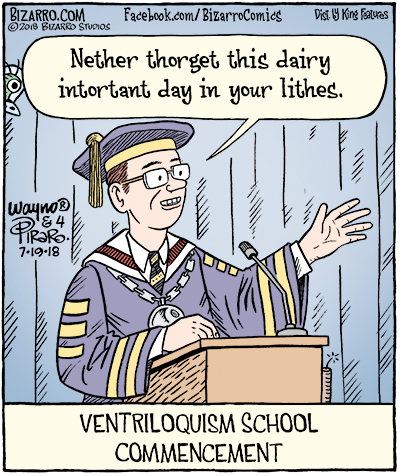 I would have gotten a Ph.D. in astrophysics or neurobiology but I didn’t want to have to wear an outfit that made me look like a wizard from a Renaissance fair. And also, I’m not smart enough at math to do either of those things.

Side note: Some folks had trouble finding the 4th Secret Symbol in this cartoon. It’s the eye on the dude’s necklace. 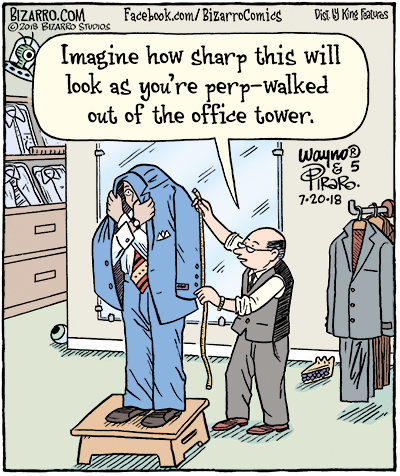 I just fantasized about the Cheeto Mussolini being fitted for a “treason suit” before he’s carted off to jail and my serotonin levels shot through the roof.  Then I realized the odds of that happening and I almost simultaneously vomited and caught fire.

Instead of letting his toxic existence poison us, however, let’s think about the fun enamel pins and other groovy/kooky stuff that Jazz Pickles are snagging from my shop. Have a peek. 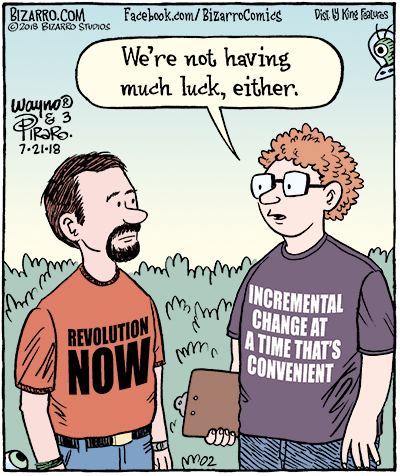 This cartoon made me realize that T-shirts were an early version of social media. Very few contained “dick pics,” however.