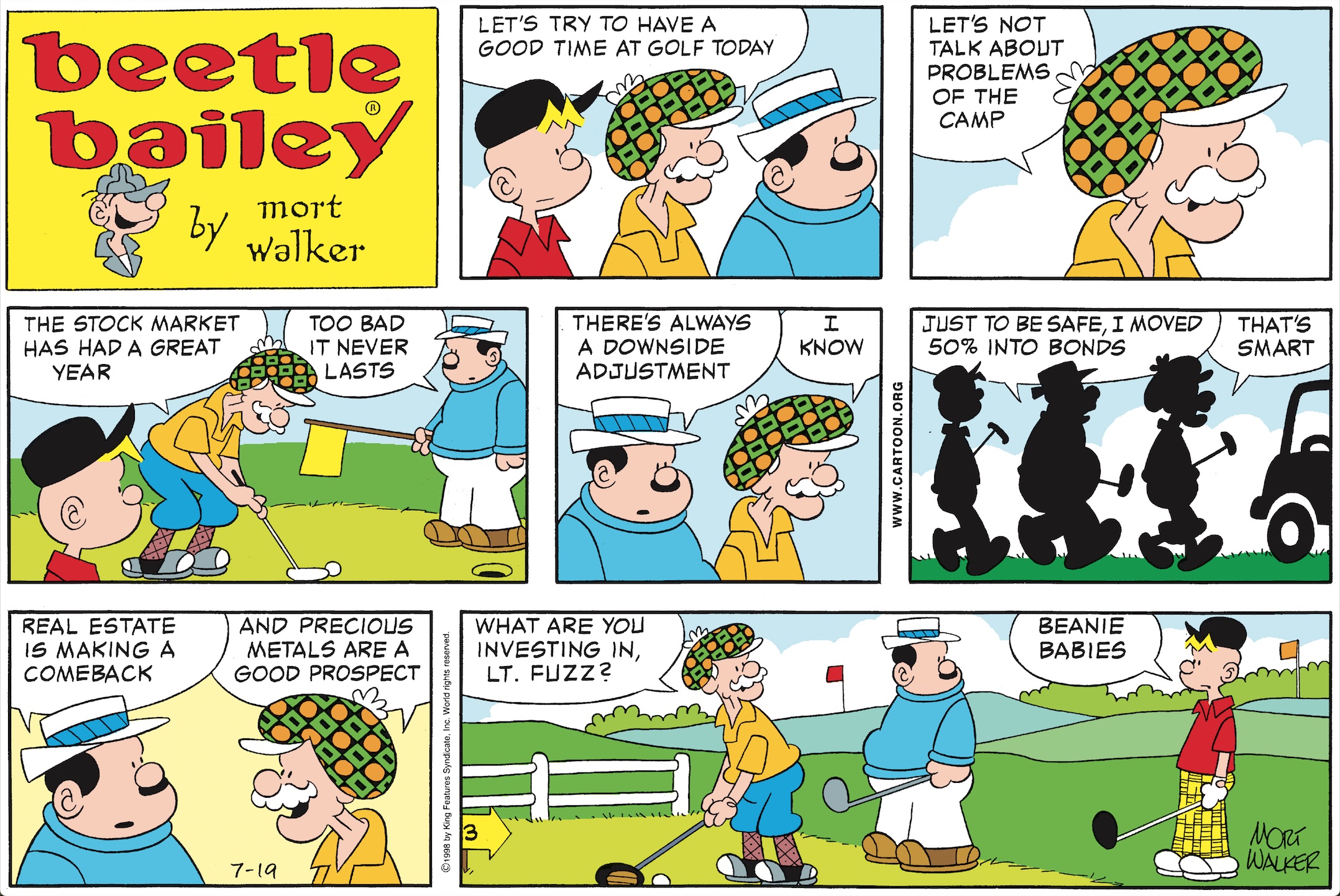 It was a big fad back in the late 1990s. Beanie Babies were plush animals filled with plastic pellets.  The nine original characters introduced by Ty Inc. in 1993 were Legs the Frog, Squealer the Pig, Spot the Dog, Flash the Orca, Splash the Whale, Chocolate the Moose, Patti the Platypus, Brownie the Bear and Pinchers the Lobster. 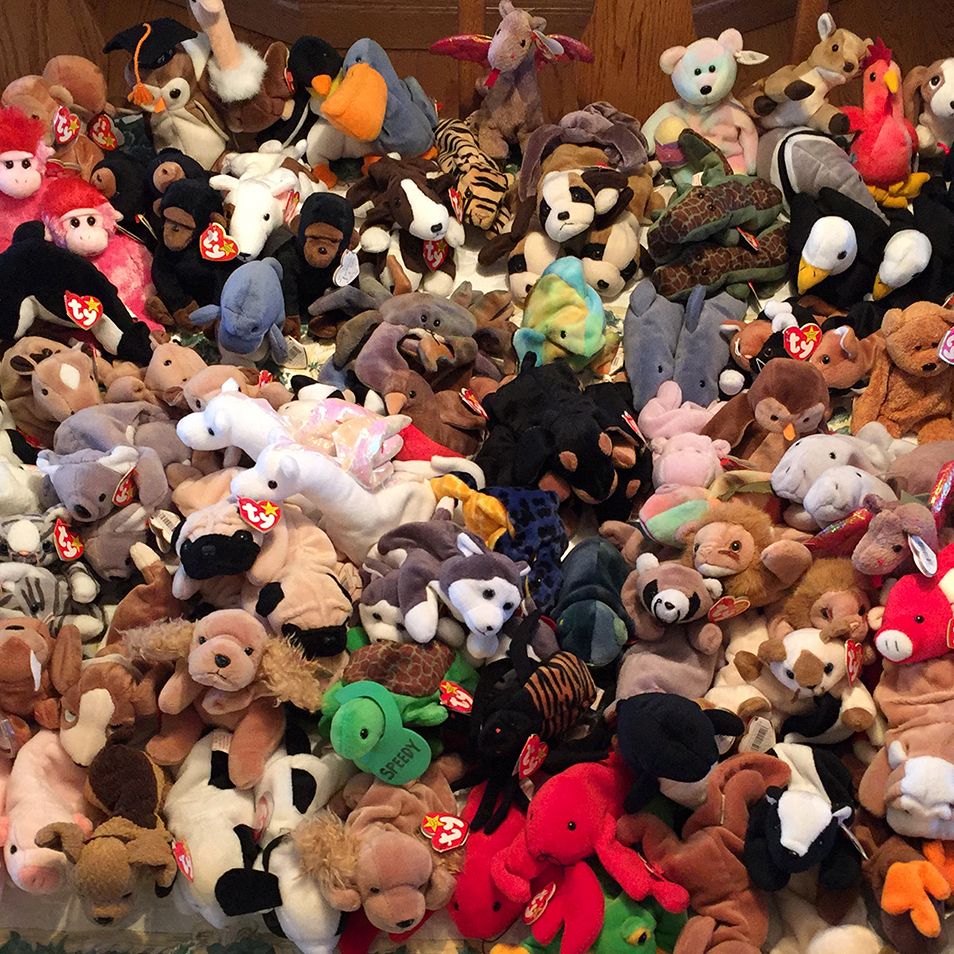 They didn’t sell well at first, but Ty released each generation in limited quantities that were retired before the next generation came out. In 1996, tags were added that identified their date of birth with a four-line poem about the character.

Due to the company’s policy of deliberately creating scarcity for their products, a huge secondary market grew and values skyrocketed.  The Ty web site helped promote the feeding frenzy and on eBay prices for retired Beanie Babies were in the thousands of dollars. At an auction in 2000, a royal blue Peanut the elephant (below) sold for $3,005. 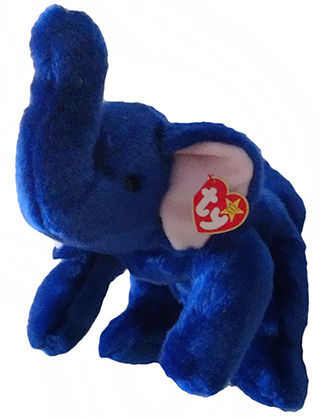 By 1999, the craze was over and Ty stopped making Beanie Babies. Collectors who had invested in the market lost most of their money.  The bubble had burst.  There have been subsequent efforts to revive the line but their original popularity has never been repeated.

My daughter was in her adolescent years at this time and was bitten by the bug.  I remember searching toy stores for ones she was desperate to add to her collection.  There is probably a box of them up in our attic.

Her hobby inspired the gag above.  I thought Lt. Sonny Fuzz, who is a child in a man’s body, might be a Beanie Baby collector.  He probably lost his shirt soon after this episode ran in the papers.

Next week we will continue with another Sunday page from 1998 in our Timeline series so be sure to check back here.