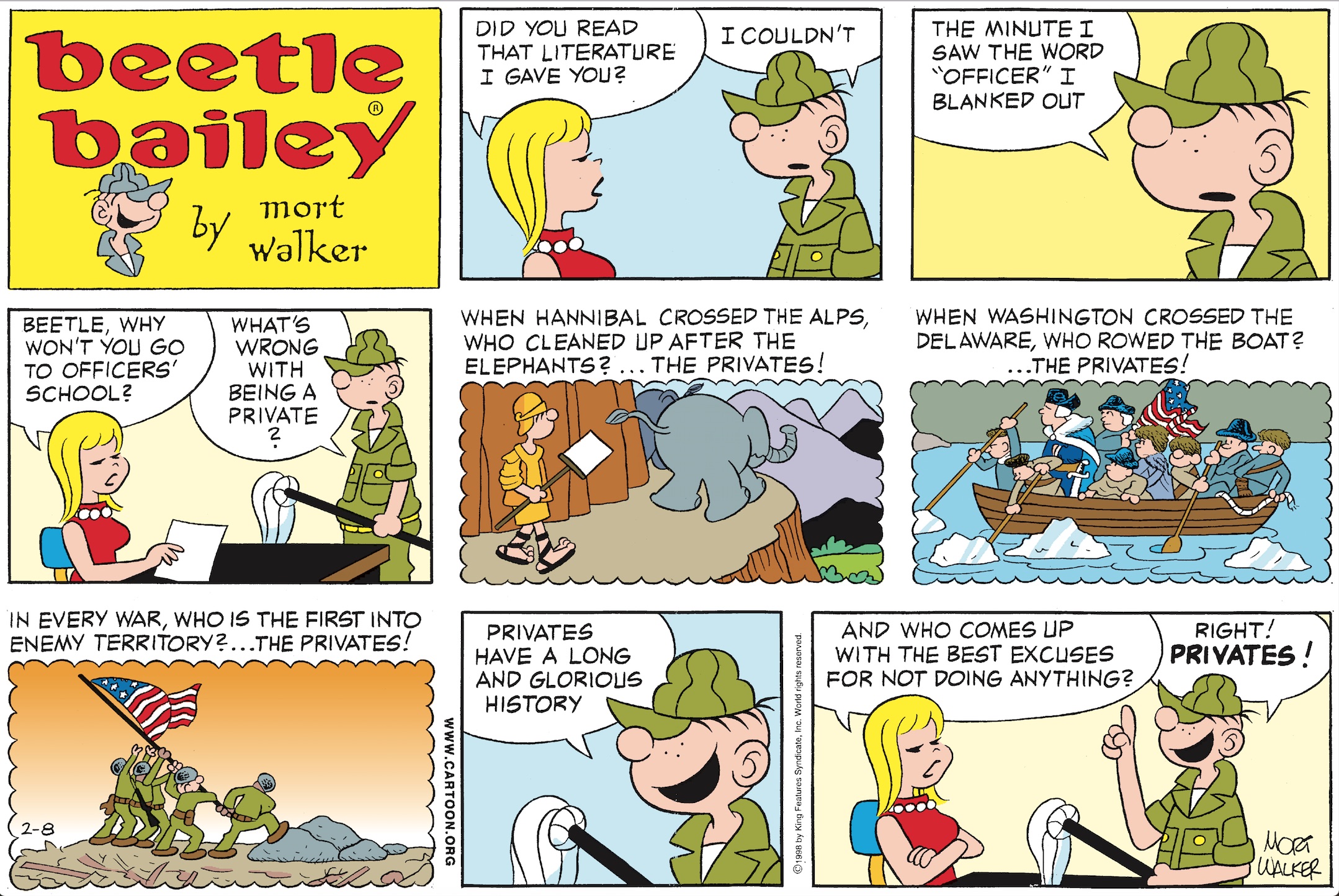 In this Sunday page, Miss Buxley is encouraging Beetle to apply to Officer’s school. He responds with a speech about the important role that privates have played throughout history.

Private is the lowest rank in the U.S. Army. There are two levels.  The PV1, sometimes know as a “recruit” wears no uniform rank insignia.  A PV2 has a single chevron.  Advancement to PV2 is usually automatic after six months of service. Even though Beetle has been in the army for over sixty years, he doesn’t have a chevron, so he’s probably a PV1.

Here is what a private looked like during the Revolutionary War. 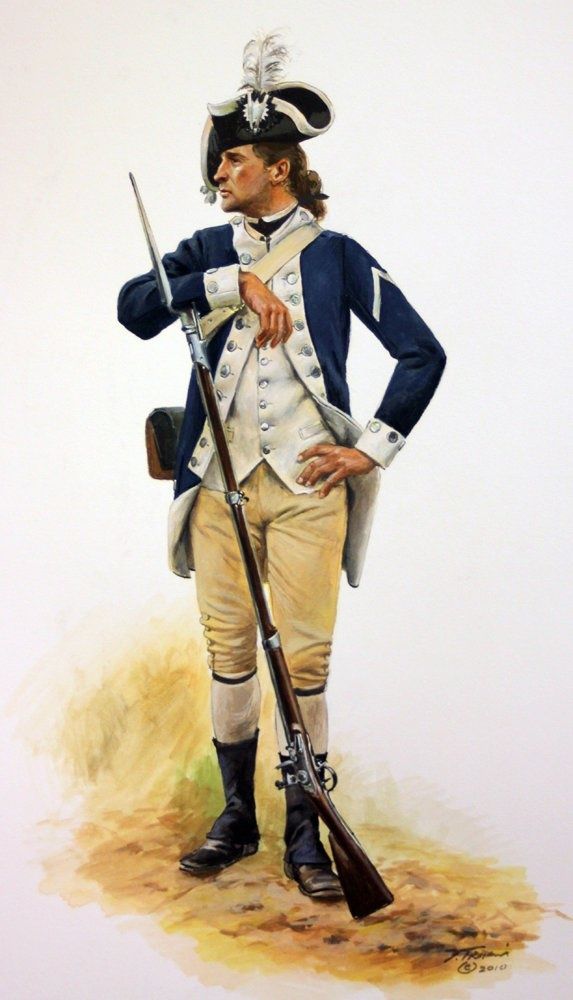 This is a private from the Civil War. 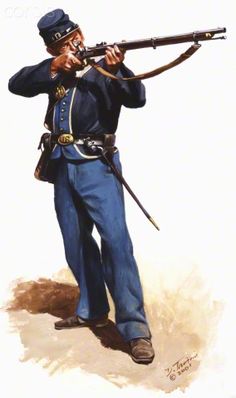 Here is private in the First World War. 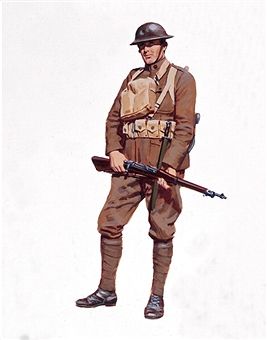 A private in World War Two looked like this. 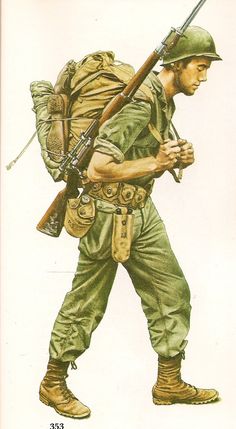 Beetle Bailey is probably one of the most famous PVTs in the history of the U.S. Army. He will never get promoted.  People love him because he gets bullied around and never gives up.  Nobody does a better job avoiding work. He is the quintessential private

We hope you have enjoyed this brief history lesson. Check back next week for the next installment from 1998 in our Timeline series.