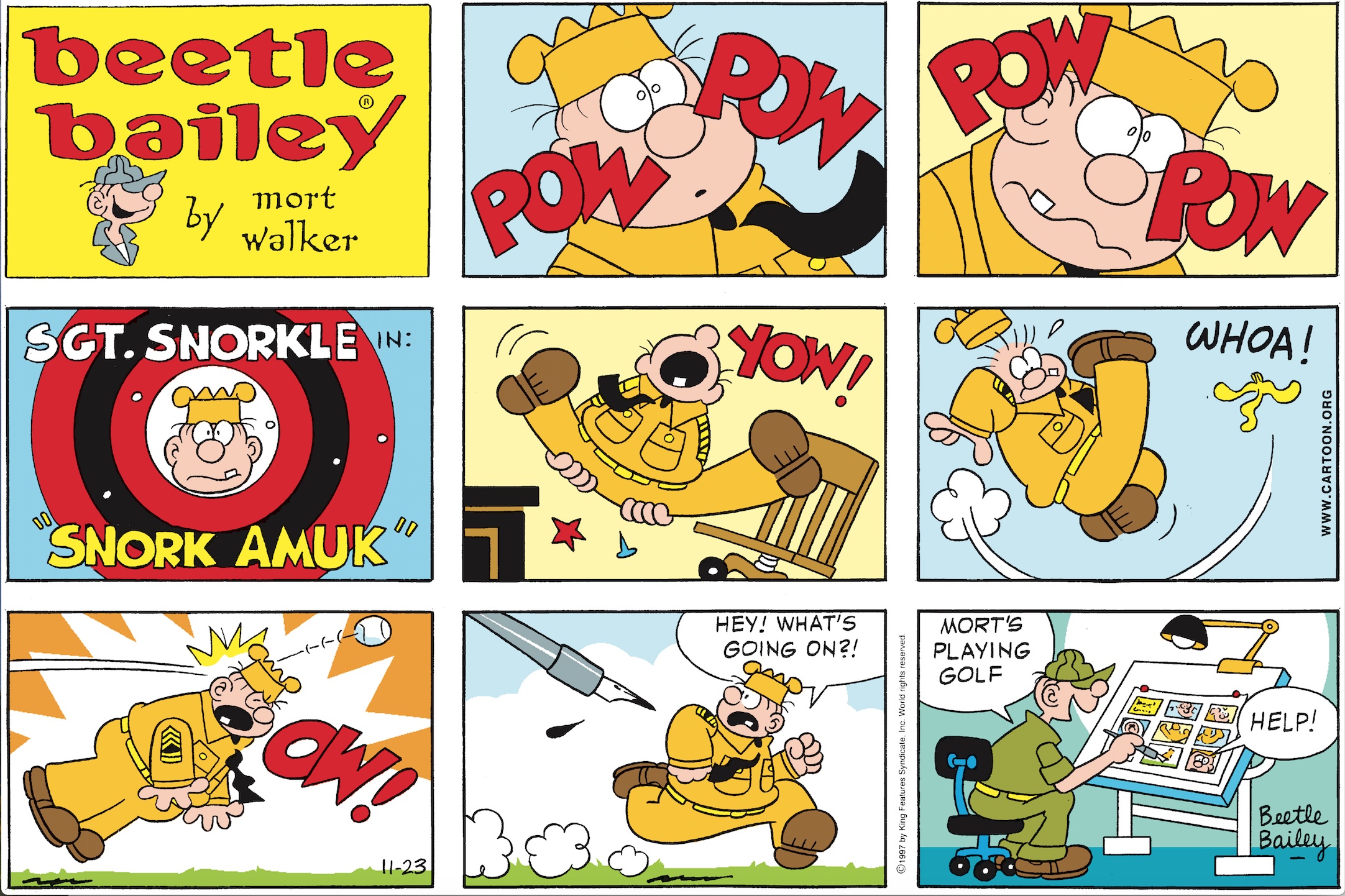 I love classic cartoon animation. One of my favorite golden age directors is Chuck Jones, who is the genius behind such classics as What’s Opera Doc?, One Froggy Evening and the Roadrunner/Coyote series. His most wildly inventive film is Duck Amuck from 1953.

Throughout the seven minute short, Daffy Duck is tormented by an unseen adversary.  The background in the beginning changes from a castle to a farm.  Daffy puts on farmer’s clothing and the setting is suddenly a winter scene. He dons a skier’s outfit and finds himself in Hawaii.  Eventually he’s alone on a blank screen.

After complaining to the animator, he gets erased by a giant pencil.  Then the sound goes off.  When he finally regains his voice he shouts, “I’ve never been so humiliated in all my life!”

Later on in the cartoon he is redrawn as a bizarre creature with a screwball flag for a tail. 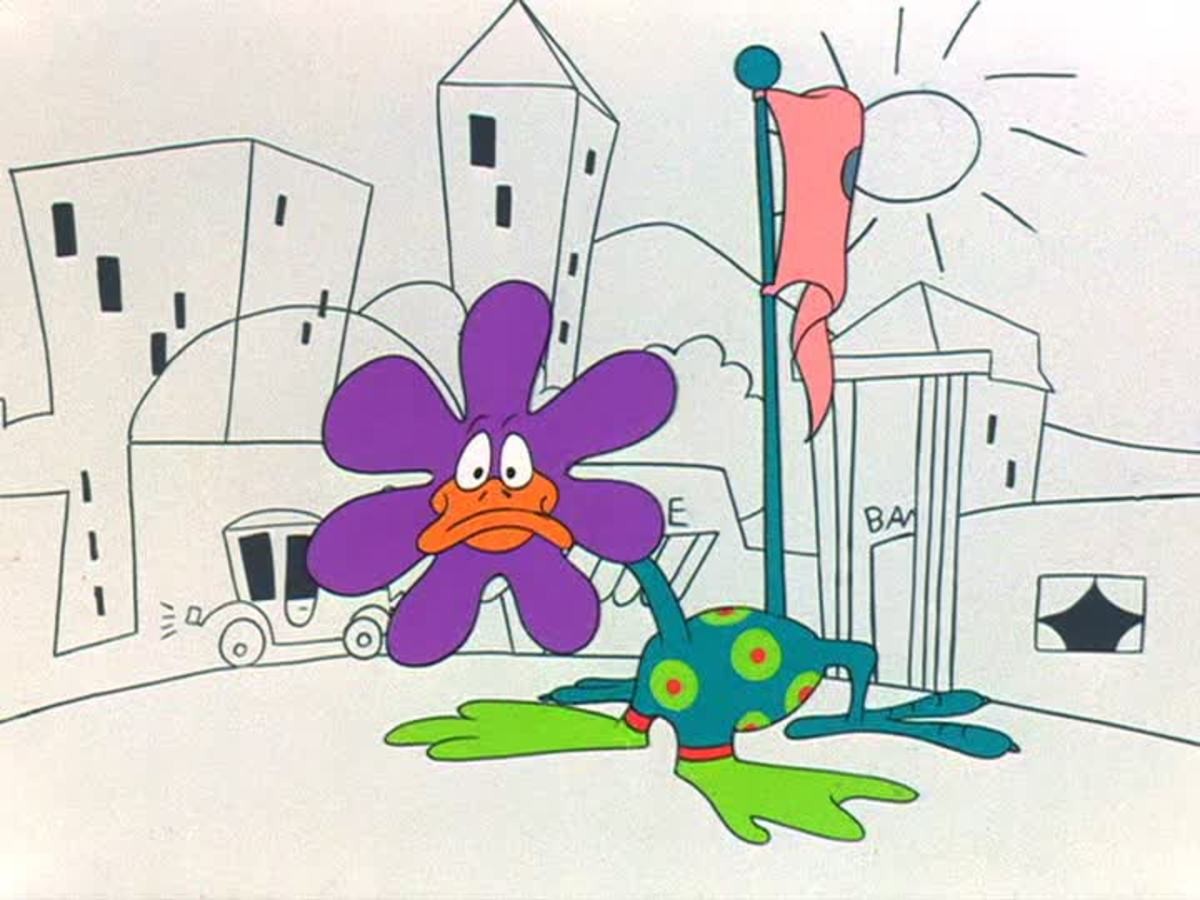 Daffy’s frustration gets so bad he tears up the background, which now looks like a black curtain.  At the end the film, after getting blown up by an artillery shell, Daffy demands that the animator show himself.  The camera pulls back and reveals the source of all his misery. 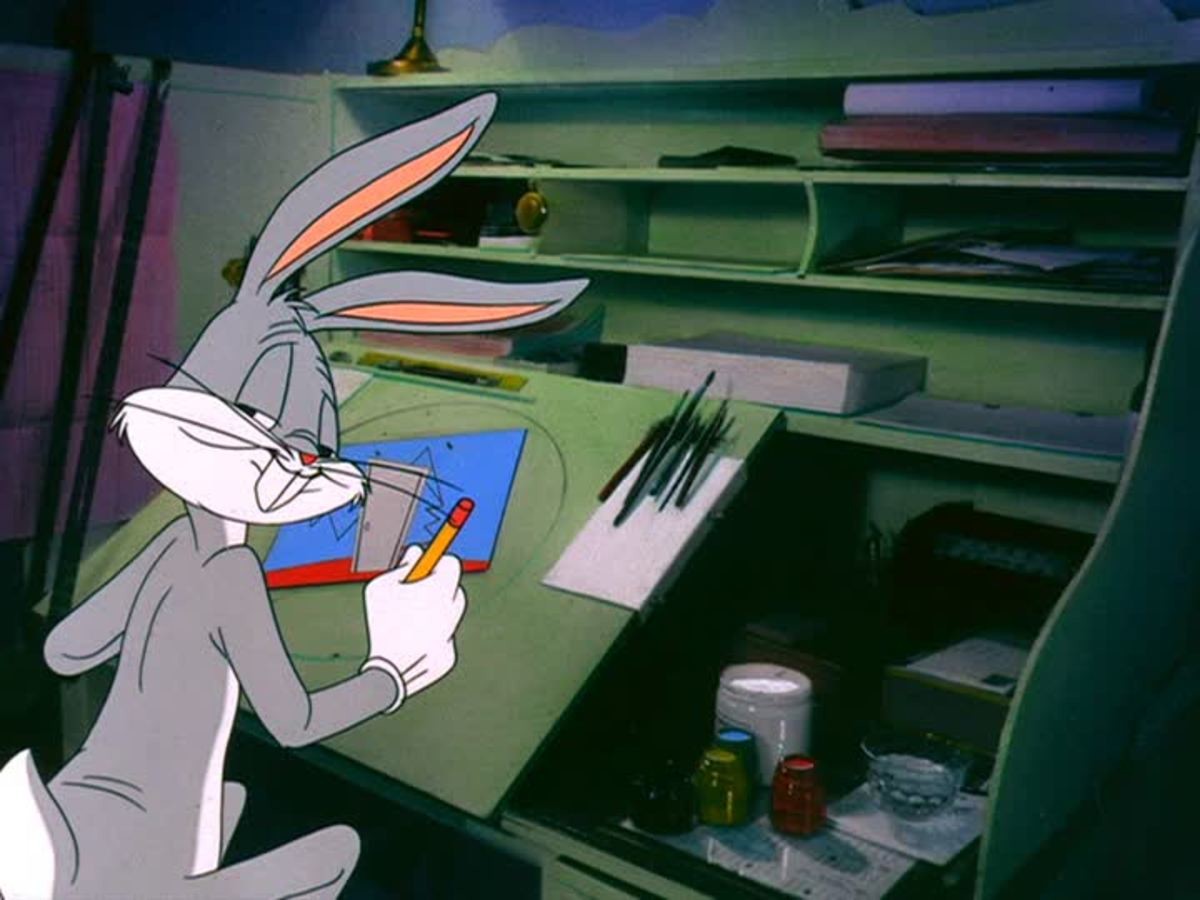 The Sunday page above is a direct take-off on this cartoon with Sarge playing Daffy and Beetle replacing Bugs. Hopefully fans of the Looney Tunes film appreciated the homage.

Next week we will be moving on to 1998 in our Timeline series so be sure to check back for more classic episodes.