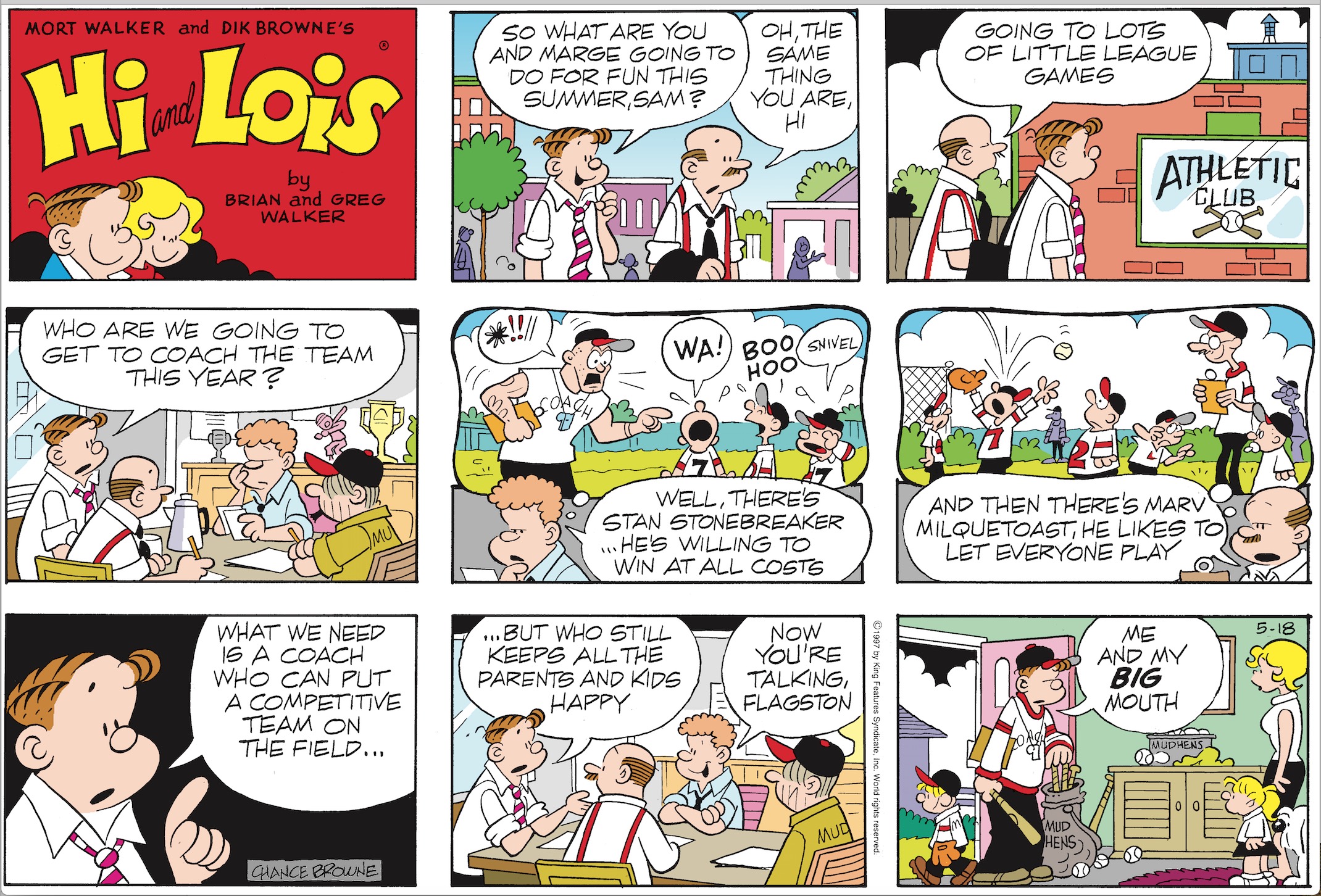 This gag was inspired by a book I read when my son was playing baseball – League League Confidential by Bill Geist.  Here is a review of that book from Pulisher’s Weekly on May 4, 1992. 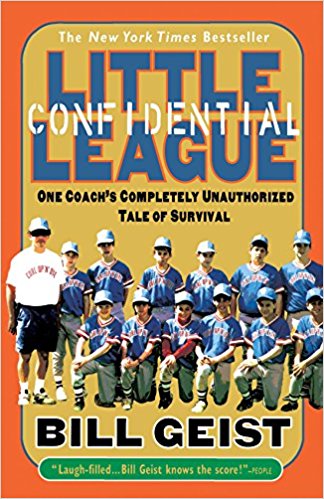 This Little League coach’s account of his woes, travails and soul storms in the course of one season is side-splitting. Geist, a CBS News correspondent, lives in Ridgewood, N.J., where he has shepherded preadolescents on the diamond for nine years and, to his amazement, has survived. He describes the draft system for securing players and a shrewd angle-worker who rigged the system. He analyzes the four major types of coaches: “It’s only a game, so let’s just have fun” (the nerd, according to the kids); “Win or I’ll kill you” (the asshole, according to the kids); “We’re here to build character, to learn life’s lessons” (the despicable preacher, according to Geist); “I pick the kids with the best-looking mothers” (attribution superfluous). He writes of the games, with pitchers flinging balls three feet over the batters’ heads, outfielders aiming for third base but throwing to first and a few tyros who are actually good. For anyone in need of a good laugh.

After I read this book, I purchased copies to give to many of the fathers on my son’s team.  It was actually competitive among the dads to secure coaching positions.  Our league, of course, had a Stan Stonebreaker who wanted to win no matter what and a Marv Milquetoast who tried to give everyone a chance.  I never coached but went to all the games and helped out as much as I could.  I miss watching my son play baseball.

Toon in next week for the final installment from 1997 in our Timeline series.