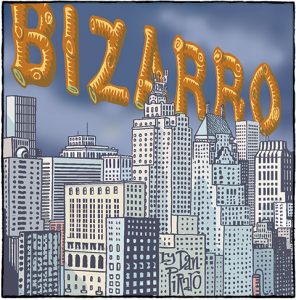 (Embiggenate the cartoon below by clicking the existential angst of any character.) 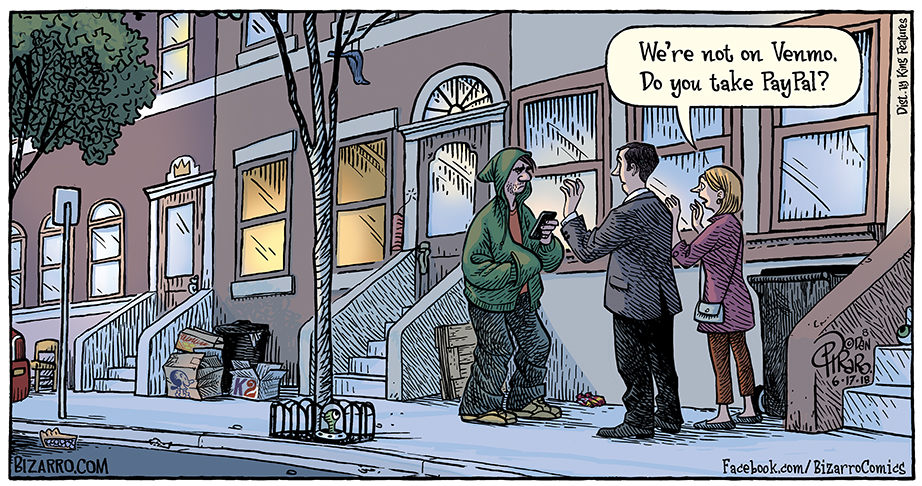 Bizarro is brought to you today by Adorable Furry Robbers.

I’m generally skeptical of technology and firmly believe that too much immersion is bad for the human mind and spirit (if such a thing exists separately) but I do enjoy a few of the conveniences it provides. For instance, in colonial times, people often had to walk several miles with a couple of buckets of fresh milk to pay their cable TV bill in person. Now, through the magic of technology, we can do that with a few clicks of a keyboard. When I move into a new neighborhood, I immediately schedule automatic bank withdrawals with all of the local muggers so I don’t have to mess with it. It makes life so much simpler.

In last week’s blog, I mentioned we have some new Bizarro Secret Symbol enamel pins available in our shop. Since then, they’re selling like crazy and our stock is dwindling fast so if you’re into that kind of thing, now is a good time to grab some for yourself and your favorite imaginary friends. We also released our new Hello Shitty pin, which is quickly gaining ground on the Secret Symbol pins. If you thought Hello Kitty and the Poop Emoji were cute (or disgusting) you’re going to love this mash-up. This one will be a collector’s item because we expect to be shut down by Japanese trademark ninjas any day now. (Also available on a shirt.) 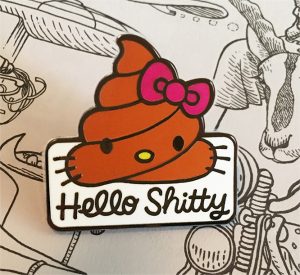 (Secret Bizarro Inside Info: She goes by Hello Shitty on the job, but her close friends call her Howdy Poopy.) 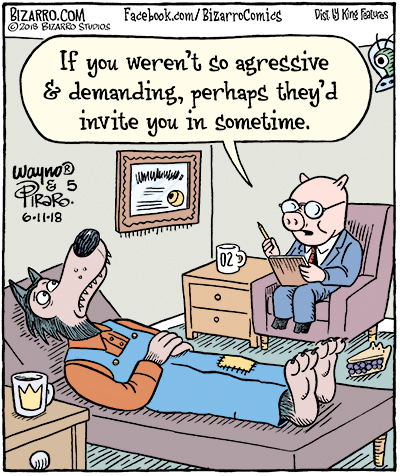 I love this gag but I hasten to point out that pig therapists are extremely rare. Pigs normally choose legal careers because it is a stepping stone to politics, where they can be richly rewarded for being unmitigated. (See “Donald Trump” and the current Republican Congress.) 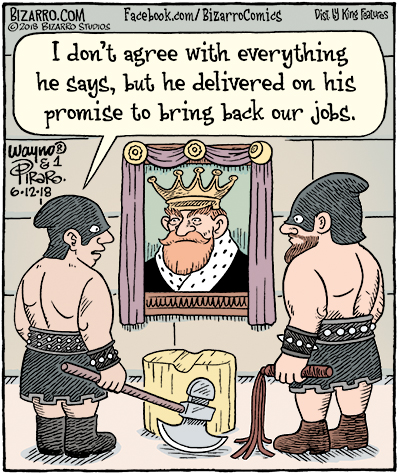 I can’t even comment on this cartoon without going into a rant about the wreck of a human who is currently imagining he is king of America, so I won’t. If you’re one of those propaganda-blind Americans who still think he’s doing a good job, don’t come running to me when it is your head will be on the chopping block. (Or your kid in a warehouse prison.) 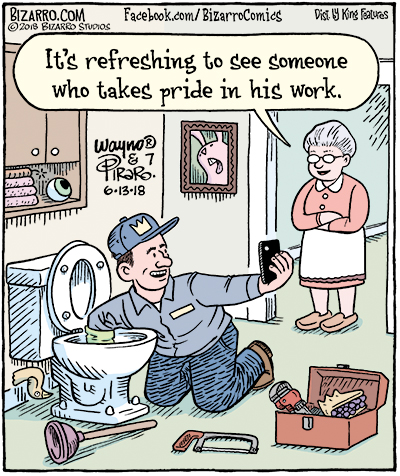 I’ve no doubt that far worse selfies-on-the-job than this one are on the Interwebs already, but please don’t google that and post pictures in the comments section. I’m pretty squeamish. 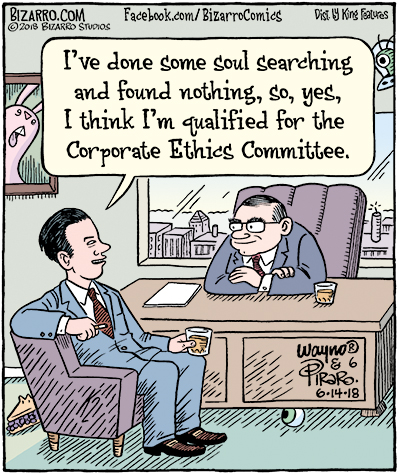 Scotch, cigarettes and floor pie in the middle of a workday? Who are these animals? Just your average, soulless corporate oligarchs.

For “Throwback Thursdays,” which is a social media thing where people post old stuff, apparently, on my @danpiraro Instagram place, I posted this scribble of my own from 2007. 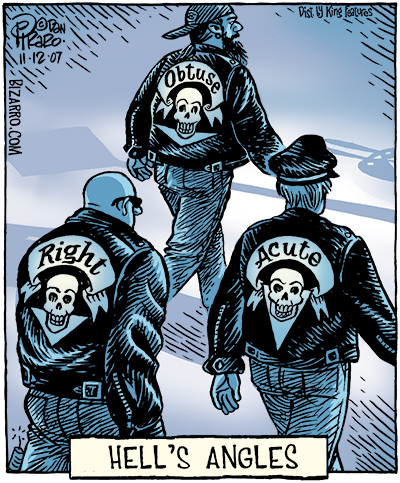 Careful not to run into these guys in a dark alley or you might get assigned homework. 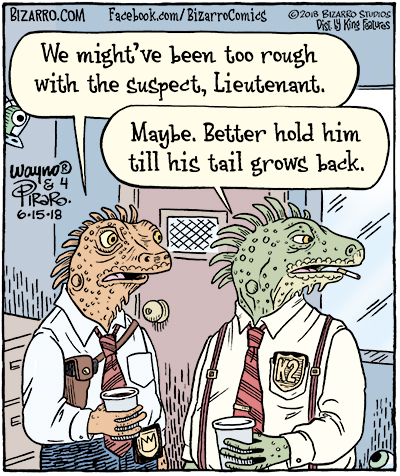 When is somebody going to produce a big-budget version of Lancelot Link: Secret Agent with iguanas? That MUST happen! 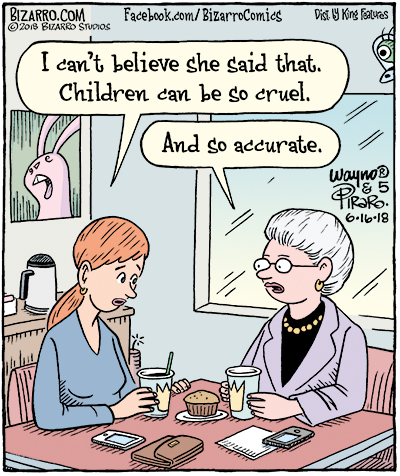 When I was a kid, the severity of my punishment was proportional to my honesty, so I learned to lie like a decent adult. Among other things, it has saved me quite a bit in taxes.

Thanks for reading this far, Jazz Pickles.  Don’t forget to check out Wayno’s amusing but less verbose blog post about these same cartoons. And please help support our meager humor efforts by clicking the links below. Until my next post, be happy, be smart, be nice, and resist ignorance and fascism.