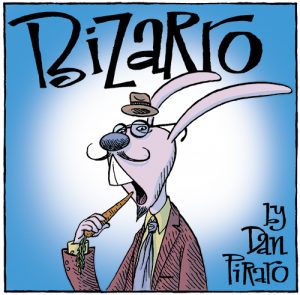 (Make your day largerized by embiggenating the following cartoon with a click to the executioner’s belly.) 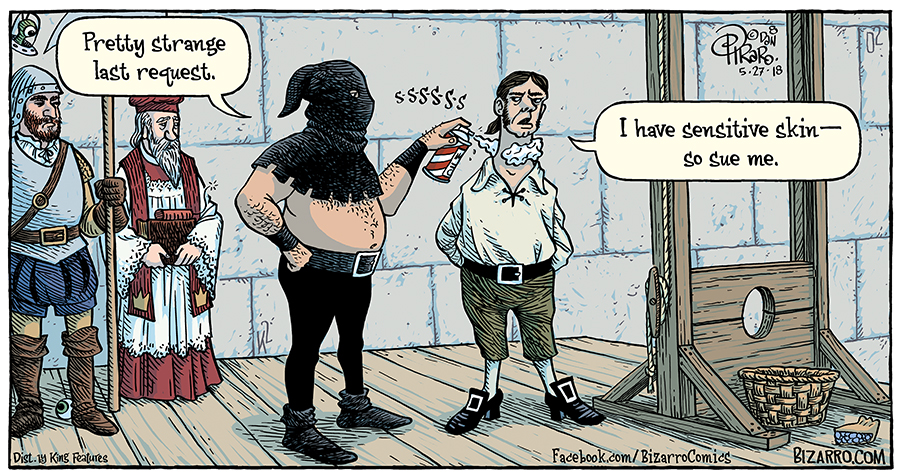 What did my partner, Wayno pull out of his cartoon hat last week? Let’s find out… 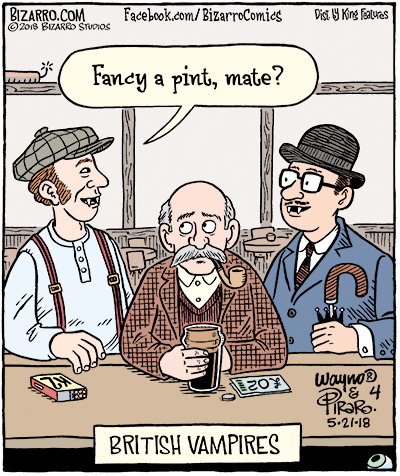 If you’re planning to visit England, keep in mind that “chips” are French fries, a “bonnet” is the hood of a car, and those bite marks on your neck are going to make you nocturnal for eternity.

Also, British vampires are no smarter than American ones, it’s just their accents that make them seem that way. 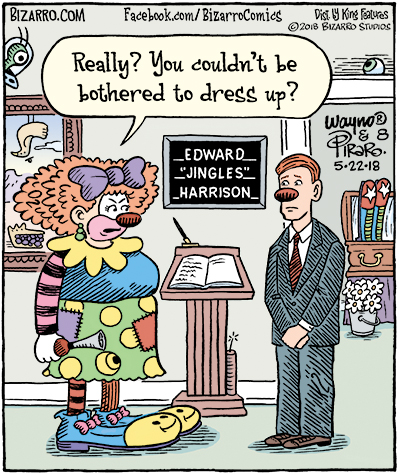 The funniest thing about clown funerals is when they reveal there are actually 15 clowns in the casket. And, by the way, funerals are no laughing matter. 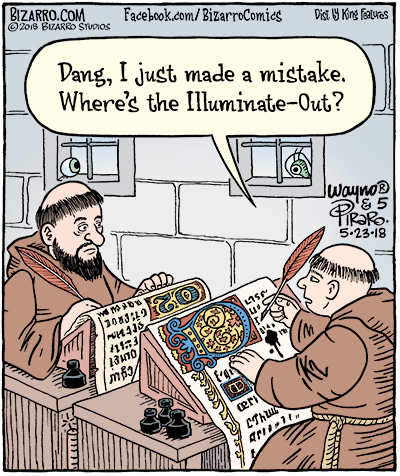 I’ve no longer got a full, thick head of hair but I’m glad I don’t have monk-pattern baldness. I do, however, sometimes run local errands in a bathrobe tied at the waist with a rope. If people look at me funny, I pull a feather and a piece of parchment out of my pocket, wag my head as though I’m exasperated, jot something down and walk away. 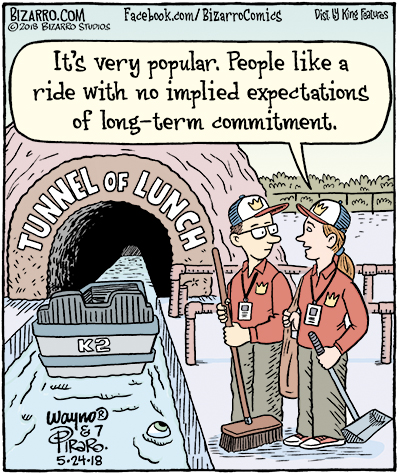 A word to the wise; never enter a ride called the “Tunnel of Homemade Sausage.” Just saying. 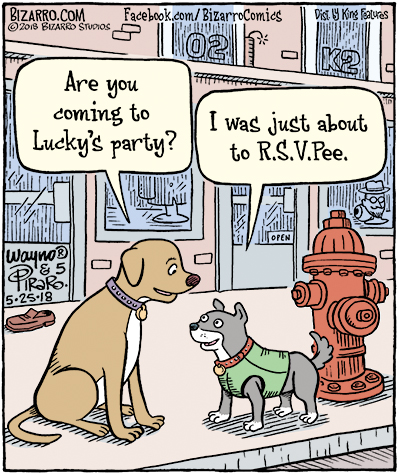 If humans were like dogs, we wouldn’t be able to pass a public restroom without popping inside to sniff around. And keeping a pet cat would be like having your own personal snack machine. 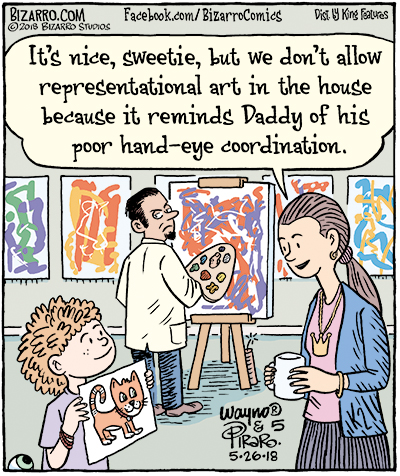 And Daddy isn’t allowed to urinate from a standing position because it reminds Mommy of her poor aim. What fun household rules does your family have?

That’s the rundown for this week, Jazz Pickles. Please have a glance at some of our links below that help to keep the campfires burning at Rancho Bizarro. And don’t forget to pop over and see what Wayno had to say about this week’s offerings!