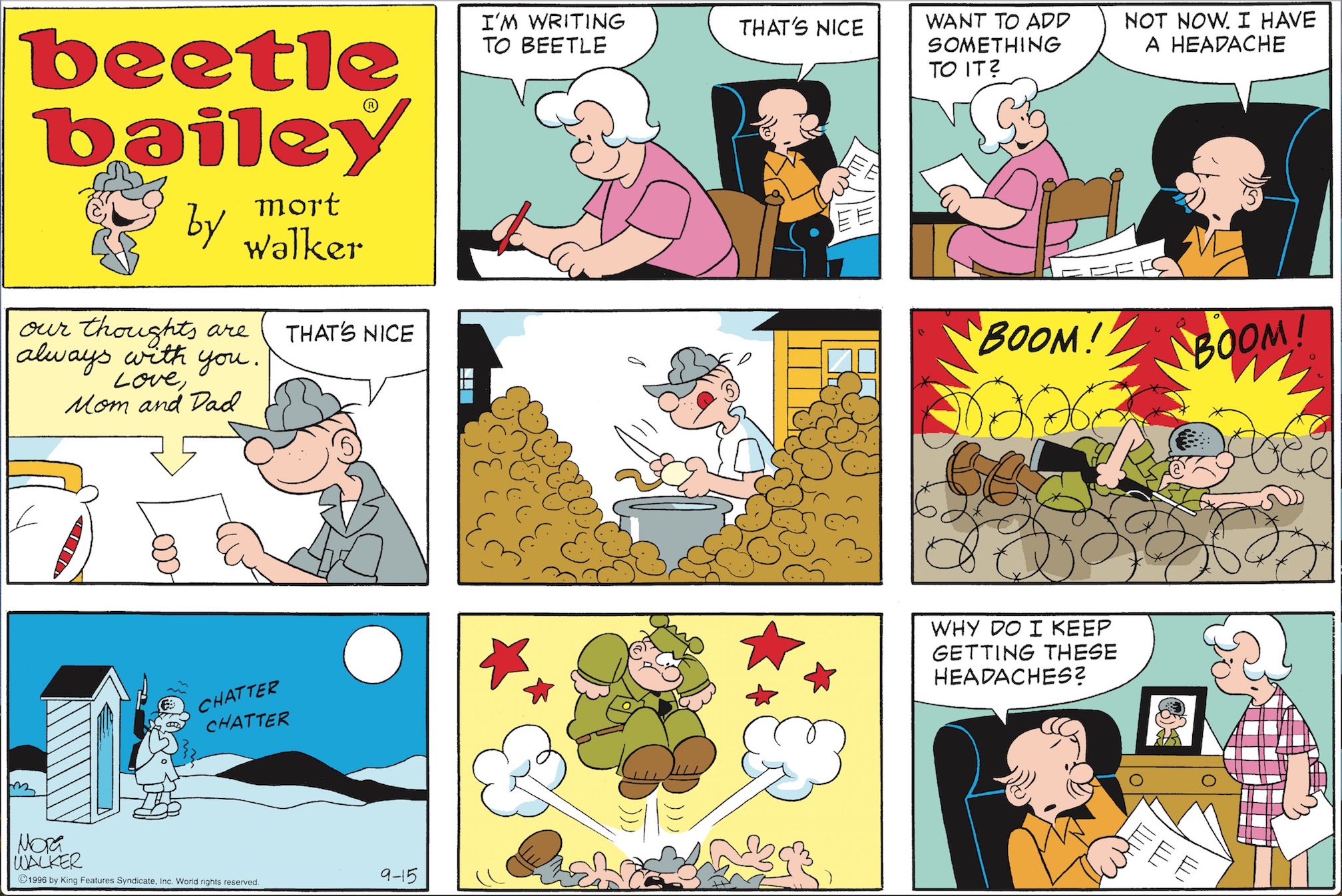 The episode above features Beetle’s parents who are rarely seen in the strip.  When they do appear, they are often shown reading a letter that Beetle sends home from Camp Swampy.  Here that formula is reversed.  Beetle’s life gives his father a long-distance headache.

The first time the Baileys appeared was when Beetle went on a furlough in March 1952.  Click below to see all sixteen strips from this historic sequence in three consecutive posts. 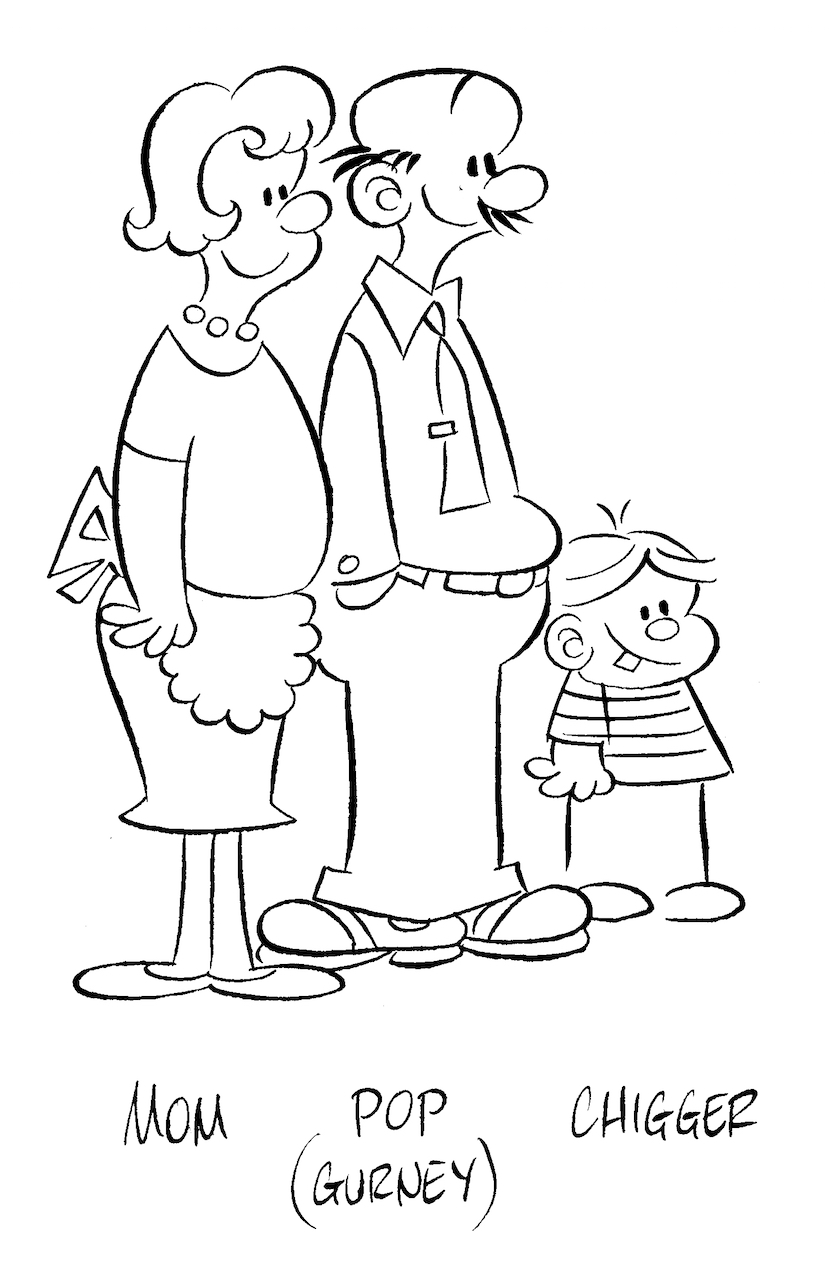 Very few fans know that Beetle’s father’s name is Gurney and his younger brother is Chigger.  Many are aware that his sister’s name is Lois and she is married to Hiram Flagston.

Next week will be the last Sunday page from 1996 in our Timeline series so be sure to check back.