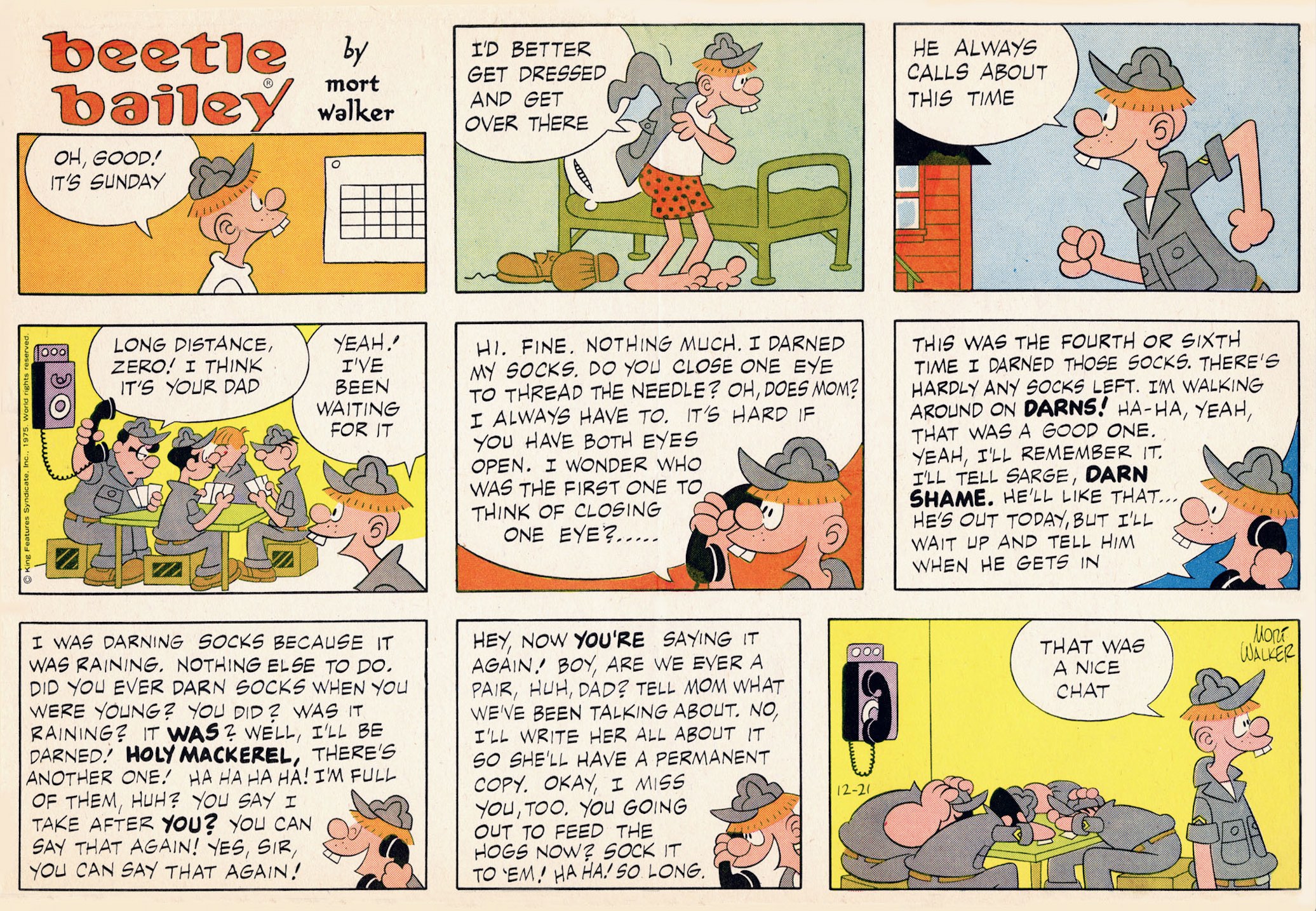 Mort Walker and Jerry Dumas had a long-running debate. Mort would urge his staff to write gags with “more funny pictures!”  Jerry would respond by expressing his preference for “more funny words.” The best cartoons perfectly blend graphics and text, so both cartoonists had a valid point. 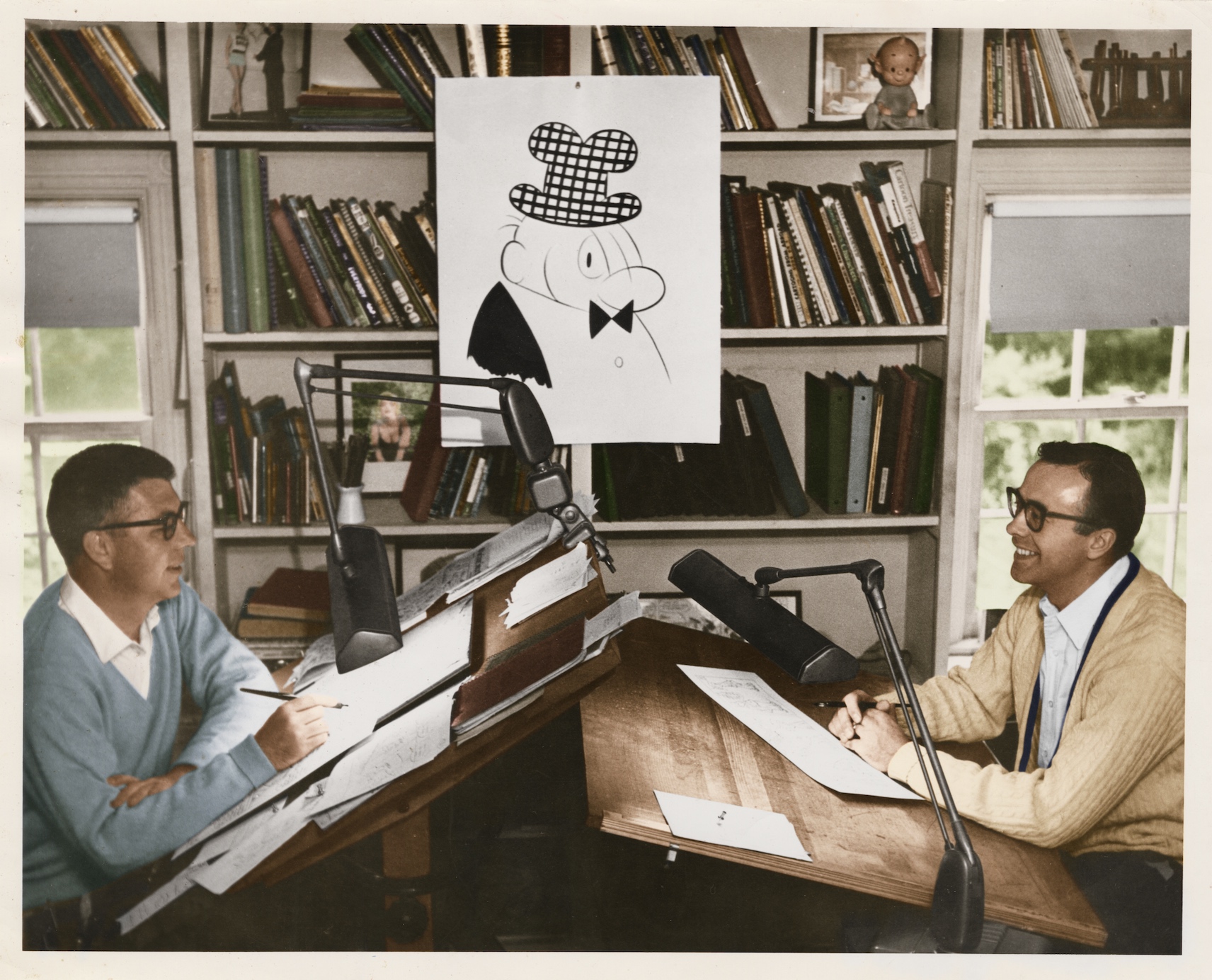 Jerry loved the sound of words, both in conversation and on paper.  He often wrote gags that were like “something someone would say at a cocktail party.”  He authored a children’s book, Rabbits Rafferty, in 1968 and a memoir of his childhood growing up in Detroit, An Afternoon in Waterloo Park, in 1972.  He contributed essays to the Atlantic Monthly, the Smithsonian and The Connoisseur.  He wrote a weekly column in his hometown paper, The Greenwich Time, for decades.

The Sunday page above was almost definitely written by Jerry.  Zero’s rambling phone conversation with his father about darning socks sounds like dialogue from a character in a screenplay or a novel.  There isn’t much going on visually in the strip but it works because the words are funny.  Jerry was a master wordsmith.

This is the last installment from 1975 in our Timeline series.  I’m taking a week off to attend the opening of an exhibit I curated, Artistically MAD – Seven Decades of Satire at the Billy Ireland Cartoon Library and Museum in Columbus, Ohio.  Check back the following week for something new.