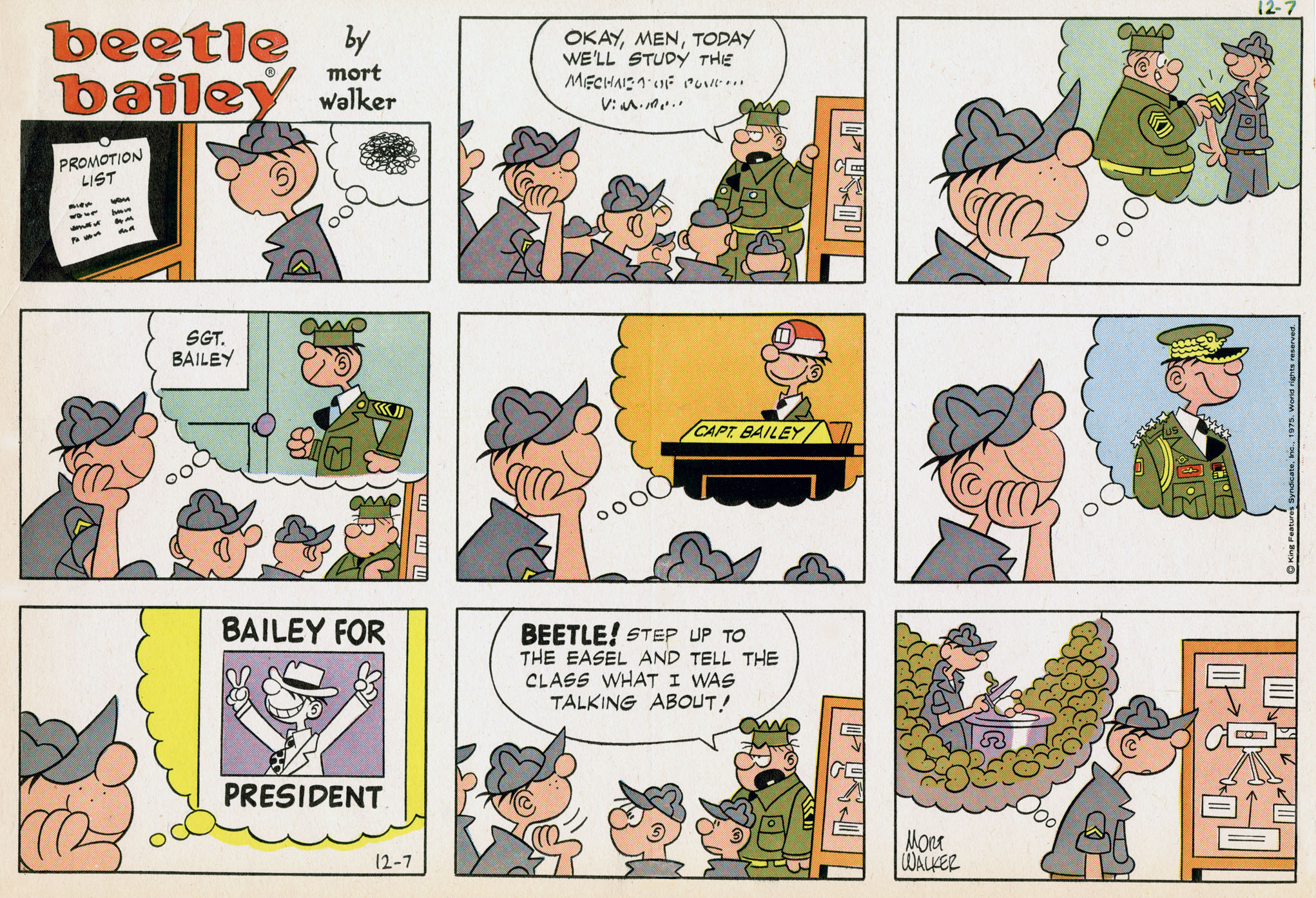 The Sunday page above shows Beetle day dreaming about advancing through the ranks to eventually become a candidate for President.  In the end, he realizes the inevitable punishment he faces for not paying attention to Sarge’s lecture.

The character of Beetle Bailey was modeled after Mort Walker’s old high school and army buddy, Dave Hornaday, who was tall, skinny and always getting into trouble in an innocent way.

Beetle subscribes to the philosophy, “Whenever the urge to work comes over me, I lie down until it goes away.”  He is a typical G.I. Joe (which stands for “Government Issued”), an anonymous drone at the bottom of the pecking order who tries to survive in a world governed by nonsensical rules.

Beetle is the smartest guy at Camp Swampy because he understands the absurdity of army bureaucracy and defiantly resists authority.  He often gets beaten to a pulp after disobeying Sarge, but he never gives up.  Beetle is the little guy who wins in the end because he steadfastly refuses to be defeated.

It is ironic that the laziest character in comics was created by the hardest working cartoonist in the history of the medium.

Next week will be our last installment from 1975 in our Timeline series, so be sure to check back here and enjoy another classic episode.