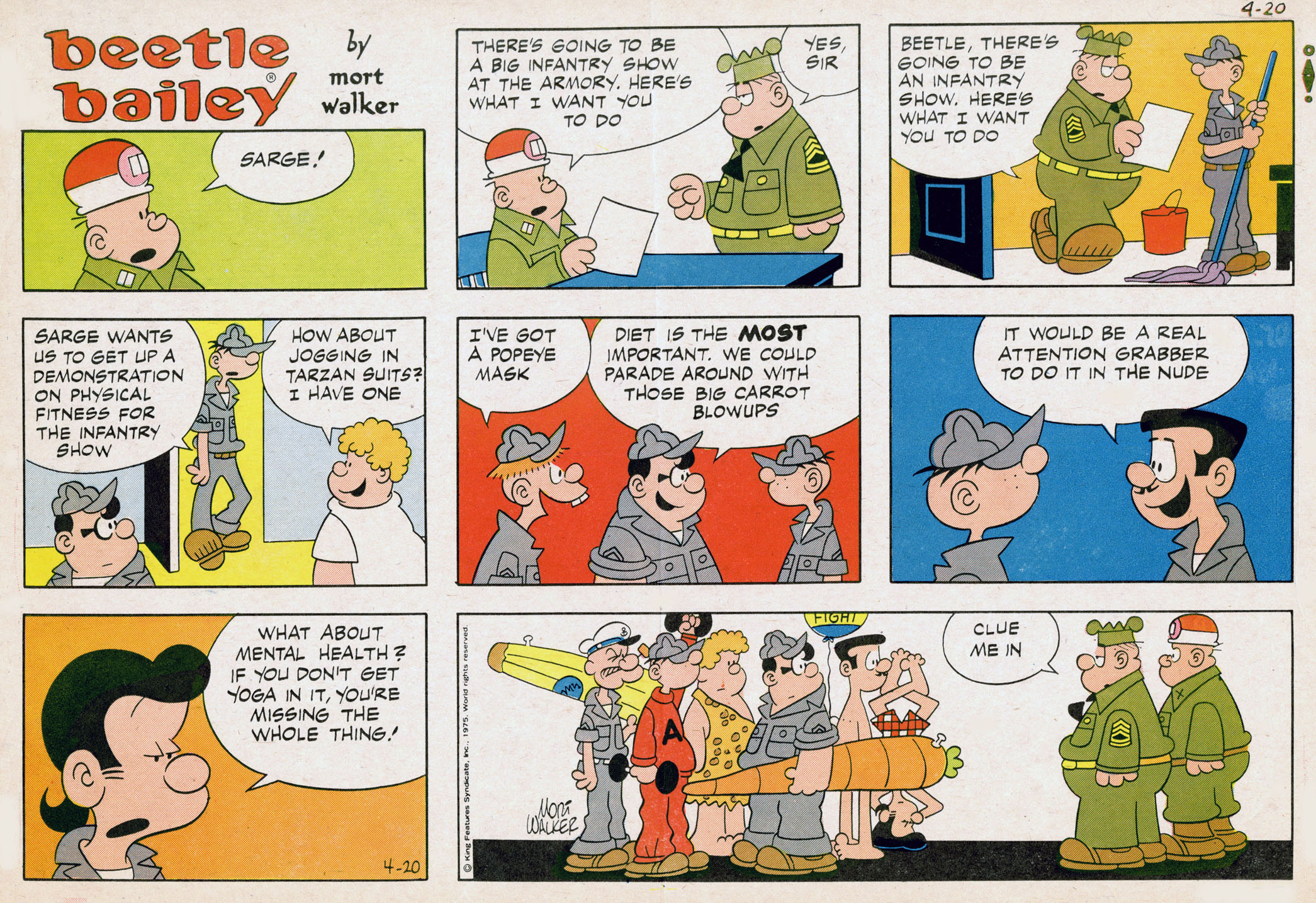 Beetle Bailey has one of the largest casts of any newspaper comic strip.  The Sunday page above features eight distinctive personalities.

Beetle Bailey is, essentially, a strip about a bunch of funny people who happen to be in the army.  They could just as easily be firemen or policemen or office workers.

Mort Walker always said, “I try to create recognizable characters based on someone I’ve known.”

The large and varied cast of Beetle Bailey is one of the main sources for humor in the strip.  “If nothing else is working at the moment, we just get two characters talking to each other,” explained longtime gag writer and contributing artist Jerry Dumas.  “It’s surprising to see where conversations will go, given personalities to work with like Sarge and Zero and General Halftrack.”

Mort claimed that he got most of his ideas from observing people.  “The main ingredient of humor is the revelation of human nature – its frailties, its reasoning power – and the interrelationships between characters. You can’t have a good story unless you have conflict.  You can have violent conflict as in an adventure story, or you can have the conflict of ideas.  You can get a lot of gags out of the way people reason and do things.  It’s human nature you’re after.”

This is the first installment from 1975 in our Timeline series.  Check back here next week for another classic episode.