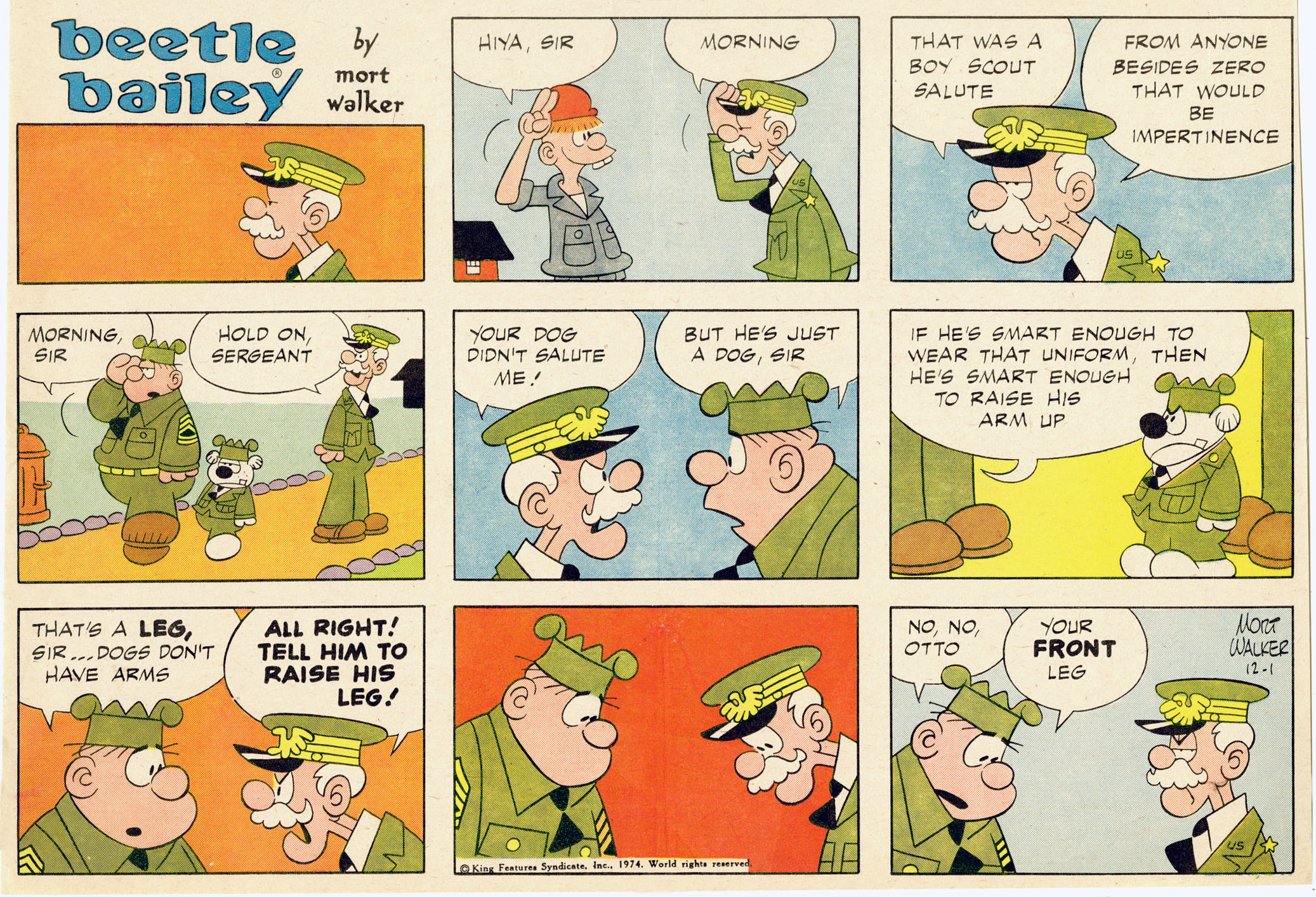 The evolution of Sarge’s dog Otto has been well documented in previous posts.

To see his first appearance in Beetle Bailey go to:

An early strip where he wears a uniform is shown here:

A Sunday page from 1959 starring Otto is featured here:

His transition from a conventional dog to the way he appears today is documented here:

This is the historic strip in which Otto begins wearing a uniform on a regular basis.

Five years later, the Sunday page above was published. By this time the General has accepted that there is a dog at Camp Swampy who wears a uniform. He demands that Otto show some respect and Otto responds as a dog would. These two have always had an interesting relationship.

Note that Zero’s helmet is the wrong color in panel #2.

Next week we will move on to 1975 in our Timeline series so be sure to return and see another classic example from our archives.