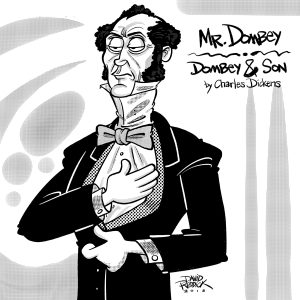 Anyone who reads my little marginal posts about random interests and sketches of mine outside Intelligent Life, will know of my deep love for reading, particularly an unnatural and devoted love for classic literature, most namely the works of Charles Dickens (my author soulmate). I’m deeply inspired by Dickens’ work in all that I do, including, very much so, “Intelligent Life.”

Thusly, here’s a sketch of Mr. Dombey, from “Dombey & Son,” which is on my list of reading after my current Dickens’ novel, the deliciously dark and pointed “Our Mutual Friend,” his last *completed* novel. I often base my own sketches of Dickens’ characters on the works of “Phiz” (Hablot Knight Browne), esteemed illustrator and friend who worked directly with Dickens (for 23 years starting with “The Pickwick Papers” after the suicide of Robert Seymour in 1830) and received direct, written descriptions of Dickens’ own visuals for the characters, making them, to me, the most authentic source material in doing my own versions in my own style, outside Dickens’ written descriptions within the stories themselves.

(I wonder if anyone is literary nerd enough to have even read this long tome! I would LOVE to see a comment from you if you did!) 😉 But alas, it is how I spend my spare time, mostly… reading… drawing… and dreaming…. and what I wouldn’t give to illustrate a Dickens’ novel one day. – David

A little more from my Dickensian sketching… 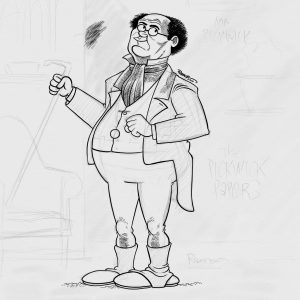 Mr. Pickwick (from “The Pickwick Papers”) sketch in progress… 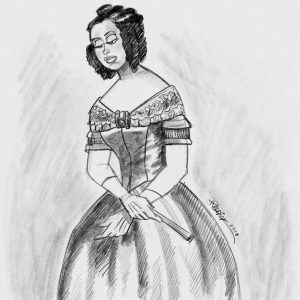 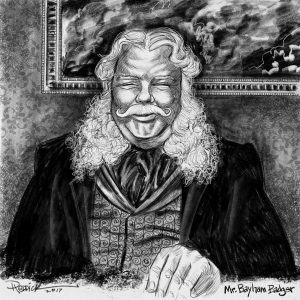 Mr. Bayham Badger (one of my favorite characters in “Bleak House,” second only to Mr. Bucket).